Aluminium (aluminum in American and Canadian English) is a chemical element with the symbol Al and atomic number 13. Aluminium has a density lower than those of other common metals, at approximately one third that of steel. It has a great affinity towards oxygen, and forms a protective layer of oxide on the surface when exposed to air. Aluminium visually resembles silver, both in its color and in its great ability to reflect light. It is soft, non-magnetic and ductile. It has one stable isotope, 27Al; this isotope is very common, making aluminium the twelfth most common element in the Universe. The radioactivity of 26Al is used in radiodating. Chemically, aluminium is a weak metal in the boron group; as it is common for the group, aluminium forms compounds primarily in the +3 oxidation state. The aluminium cation Al3+ is small and highly charged; as such, it is polarizing, and bonds aluminium forms tend towards covalency. The strong affinity towards oxygen leads to aluminium's common association with oxygen in nature in the form of oxides; for this reason, aluminium is found on Earth primarily in rocks in the crust, where it is the third most abundant element after oxygen and silicon, rather than in the mantle, and virtually never as the free metal. The discovery of aluminium was announced in 1825 by Danish physicist Hans Christian Ørsted. The first industrial production of aluminium was initiated by French chemist Henri Étienne Sainte-Claire Deville in 1856. Aluminium became much more available to the public with the Hall–Héroult process developed independently by French engineer Paul Héroult and American engineer Charles Martin Hall in 1886, and the mass production of aluminium led to its extensive use in industry and everyday life. In World Wars I and II, aluminium was a crucial strategic resource for aviation. In 1954, aluminium became the most produced non-ferrous metal, surpassing copper. In the 21st century, most aluminium was consumed in transportation, engineering, construction, and packaging in the United States, Western Europe, and Japan. Despite its prevalence in the environment, no living organism is known to use aluminium salts metabolically, but aluminium is well tolerated by plants and animals. Because of the abundance of these salts, the potential for a biological role for them is of continuing interest, and studies continue.

Of aluminium isotopes, only is stable. This situation is common for elements with an odd atomic number. It is the only primordial aluminium isotope, i.e. the only one that has existed on Earth in its current form since the formation of the planet. Nearly all aluminium on Earth is present as this isotope, which makes it a mononuclidic element and means that its standard atomic weight is virtually the same as that of the isotope. This makes aluminium very useful in nuclear magnetic resonance (NMR), as its single stable isotope has a high NMR sensitivity. The standard atomic weight of aluminium is low in comparison with many other metals, which has consequences for the element's properties (see below). All other isotopes of aluminium are radioactive. The most stable of these is 26Al: while it was present along with stable 27Al in the interstellar medium from which the Solar System formed, having been produced by stellar nucleosynthesis as well, its half-life is only 717,000 years and therefore a detectable amount has not survived since the formation of the planet. However, minute traces of 26Al are produced from argon in the atmosphere by spallation caused by cosmic ray protons. The ratio of 26Al to 10Be has been used for radiodating of geological processes over 105 to 106 year time scales, in particular transport, deposition, sediment storage, burial times, and erosion. Most meteorite scientists believe that the energy released by the decay of 26Al was responsible for the melting and differentiation of some asteroids after their formation 4.55 billion years ago. The remaining isotopes of aluminium, with mass numbers ranging from 22 to 43, all have half-lives well under an hour. Three metastable states are known, all with half-lives under a minute.

An aluminium atom has 13 electrons, arranged in an electron configuration of [Ne] 3s2 3p1, with three electrons beyond a stable noble gas configuration. Accordingly, the combined first three ionization energies of aluminium are far lower than the fourth ionization energy alone. Such an electron configuration is shared with the other well-characterized members of its group, boron, gallium, indium, and thallium; it is also expected for nihonium. Aluminium can relatively easily surrender its three outermost electrons in many chemical reactions (see below). The electronegativity of aluminium is 1.61 (Pauling scale). 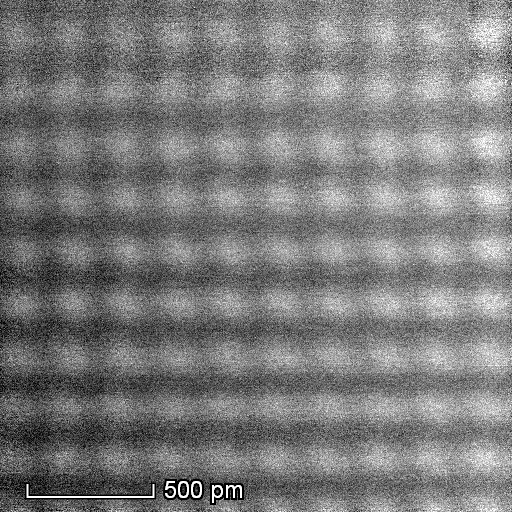 A free aluminium atom has a radius of 143 pm. With the three outermost electrons removed, the radius shrinks to 39 pm for a 4-coordinated atom or 53.5 pm for a 6-coordinated atom. At standard temperature and pressure, aluminium atoms (when not affected by atoms of other elements) form a face-centered cubic crystal system bound by metallic bonding provided by atoms' outermost electrons; hence aluminium (at these conditions) is a metal.

Aluminium's per-particle abundance in the Solar System is 3.15 ppm (parts per million). It is the twelfth most abundant of all elements and third most abundant among the elements that have odd atomic numbers, after hydrogen and nitrogen.