Mollusca is the second-largest phylum of invertebrate animals after the Arthropoda. The members are known as molluscs or mollusks (). Around 85,000 extant species of molluscs are recognized. The number of fossil species is estimated between 60,000 and 100,000 additional species. The proportion of undescribed species is very high. Many taxa remain poorly studied. Molluscs are the largest marine phylum, comprising about 23% of all the named marine organisms. Numerous molluscs also live in freshwater and terrestrial habitats. They are highly diverse, not just in size and anatomical structure, but also in behaviour and habitat. The phylum is typically divided into 7 or 8 taxonomic classes, of which two are entirely extinct. Cephalopod molluscs, such as squid, cuttlefish, and octopuses, are among the most neurologically advanced of all invertebrates—and either the giant squid or the colossal squid is the largest known invertebrate species. The gastropods (snails and slugs) are by far the most numerous molluscs and account for 80% of the total classified species. The three most universal features defining modern molluscs are a mantle with a significant cavity used for breathing and excretion, the presence of a radula (except for bivalves), and the structure of the nervous system. Other than these common elements, molluscs express great morphological diversity, so many textbooks base their descriptions on a "hypothetical ancestral mollusc" (see image below). This has a single, "limpet-like" shell on top, which is made of proteins and chitin reinforced with calcium carbonate, and is secreted by a mantle covering the whole upper surface. The underside of the animal consists of a single muscular "foot". Although molluscs are coelomates, the coelom tends to be small. The main body cavity is a hemocoel through which blood circulates; as such, their circulatory systems are mainly open. The "generalized" mollusc's feeding system consists of a rasping "tongue", the radula, and a complex digestive system in which exuded mucus and microscopic, muscle-powered "hairs" called cilia play various important roles. The generalized mollusc has two paired nerve cords, or three in bivalves. The brain, in species that have one, encircles the esophagus. Most molluscs have eyes, and all have sensors to detect chemicals, vibrations, and touch. The simplest type of molluscan reproductive system relies on external fertilization, but more complex variations occur. Nearly all produce eggs, from which may emerge trochophore larvae, more complex veliger larvae, or miniature adults. The coelomic cavity is reduced. They have an open circulatory system and kidney-like organs for excretion. Good evidence exists for the appearance of gastropods, cephalopods, and bivalves in the Cambrian period, 541–485.4 million years ago. However, the evolutionary history both of molluscs' emergence from the ancestral Lophotrochozoa and of their diversification into the well-known living and fossil forms are still subjects of vigorous debate among scientists. 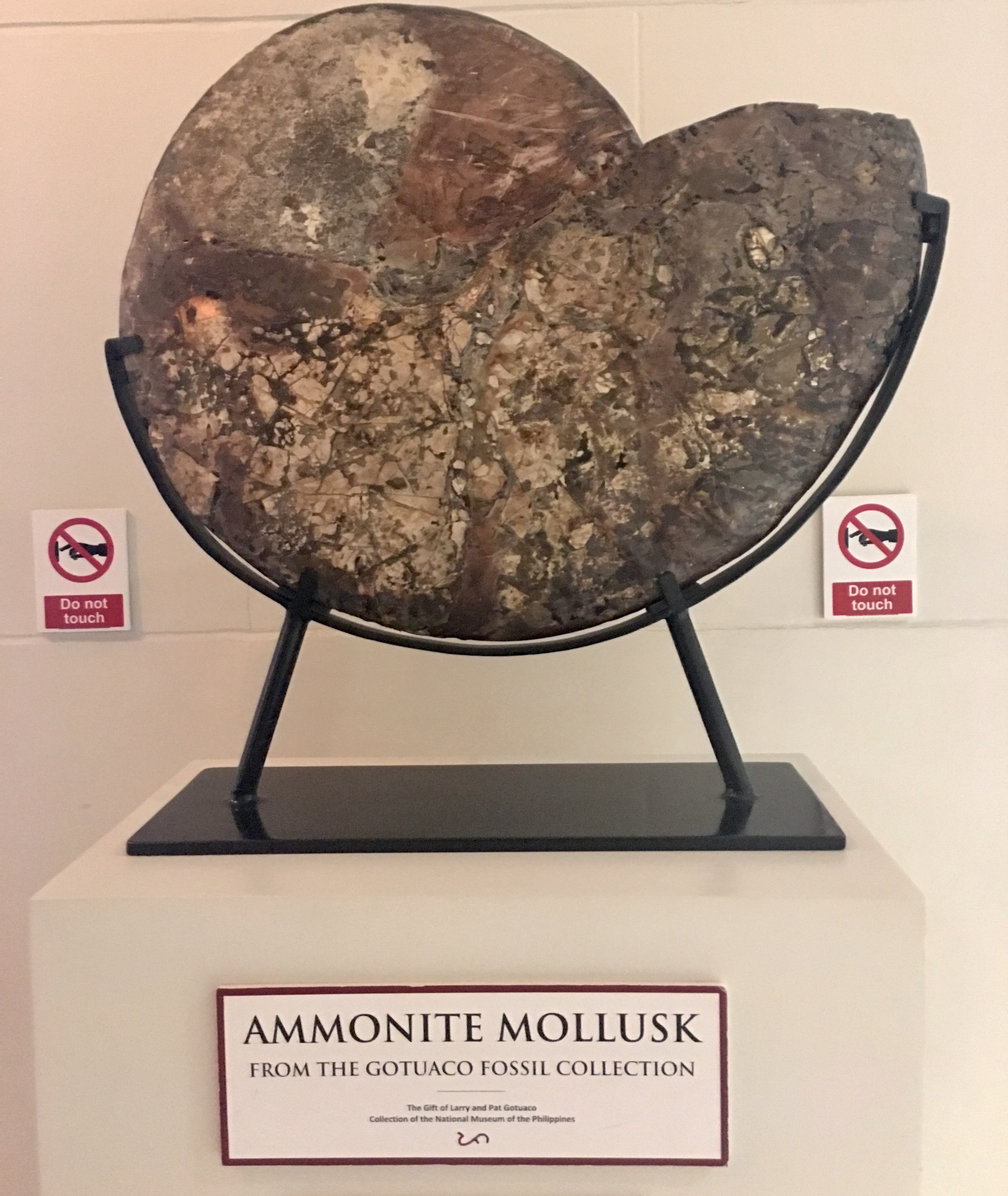 Molluscs have been and still are an important food source for anatomically modern humans. A risk of food poisoning exists from toxins that can accumulate in certain molluscs under specific conditions, however, and because of this, many countries have regulations to reduce this risk. Molluscs have, for centuries, also been the source of important luxury goods, notably pearls, mother of pearl, Tyrian purple dye, and sea silk. Their shells have also been used as money in some preindustrial societies. Mollusc species can also represent hazards or pests for human activities. The bite of the blue-ringed octopus is often fatal, and that of ''Octopus apollyon'' causes inflammation that can last over a month. Stings from a few species of large tropical cone shells can also kill, but their sophisticated, though easily produced, venoms have become important tools in neurological research. Schistosomiasis (also known as bilharzia, bilharziosis, or snail fever) is transmitted to humans by water snail hosts, and affects about 200 million people. Snails and slugs can also be serious agricultural pests, and accidental or deliberate introduction of some snail species into new environments has seriously damaged some ecosystems.

The words mollusc and mollusk are both derived from the French ''mollusque'', which originated from the Latin ''molluscus'', from ''mollis'', soft. ''Molluscus'' was itself an adaptation of Aristotle's ''ta malákia'' (the soft ones; < ''malakós'' "soft"), which he applied ''inter alia ''to cuttlefish. The scientific study of molluscs is accordingly called malacology. The name Molluscoida was formerly used to denote a division of the animal kingdom containing the brachiopods, bryozoans, and tunicates, the members of the three groups having been supposed to somewhat resemble the molluscs. As now known, these groups have no relation to molluscs, and very little to one another, so the name Molluscoida has been abandoned.

The most universal features of the body structure of molluscs are a mantle with a significant cavity used for breathing and excretion, and the organization of the nervous system. Many have a calcareous shell. Molluscs have developed such a varied range of body structures, finding synapomorphies (defining characteristics) to apply to all modern groups is difficult. The most general characteristic of molluscs is they are unsegmented and bilaterally symmetrical. The following are present in all modern molluscs: * The dorsal part of the body wall is a mantle (or pallium) which secretes calcareous spicules, plates or shells. It overlaps the body with enough spare room to form a mantle cavity. * The anus and genitals open into the mantle cavity. * There are two pairs of main nerve cords. Other characteristics that commonly appear in textbooks have significant exceptions: 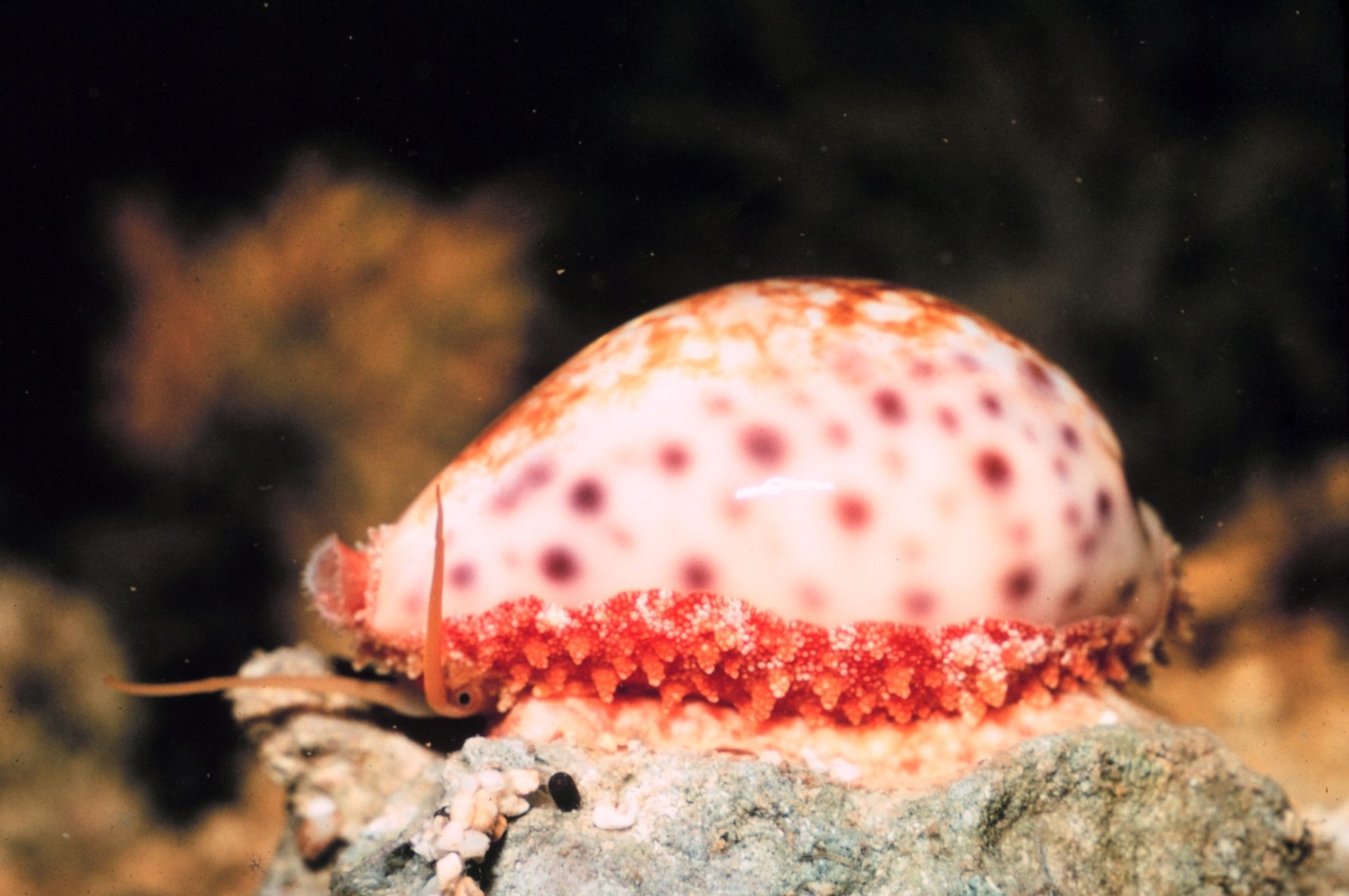 Estimates of accepted described living species of molluscs vary from 50,000 to a maximum of 120,000 species. The total number of described species is difficult to estimate because of unresolved synonymy. In 1969 David Nicol estimated the probable total number of living mollusc species at 107,000 of which were about 12,000 fresh-water gastropods and 35,000 terrestrial. The Bivalvia would comprise about 14% of the total and the other five classes less than 2% of the living molluscs. In 2009, Chapman estimated the number of described living mollusc species at 85,000. Haszprunar in 2001 estimated about 93,000 named species, which include 23% of all named marine organisms. Molluscs are second only to arthropods in numbers of living animal species — far behind the arthropods' 1,113,000 but well ahead of chordates' 52,000. About 200,000 living species in total are estimated, and 70,000 fossil species, although the total number of mollusc species ever to have existed, whether or not preserved, must be many times greater than the number alive today. Molluscs have more varied forms than any other animal phylum. They include snails, slugs and other gastropods; clams and other bivalves; squids and other cephalopods; and other lesser-known but similarly distinctive subgroups. The majority of species still live in the oceans, from the seashores to the abyssal zone, but some form a significant part of the freshwater fauna and the terrestrial ecosystems. Molluscs are extremely diverse in tropical and temperate regions, but can be found at all latitudes. About 80% of all known mollusc species are gastropods. Cephalopoda such as squid, cuttlefish, and octopuses are among the neurologically most advanced of all invertebrates. The giant squid, which until recently had not been observed alive in its adult form, is one of the largest invertebrates, but a recently caught specimen of the colossal squid, long and weighing , may have overtaken it. Freshwater and terrestrial molluscs appear exceptionally vulnerable to extinction. Estimates of the numbers of nonmarine molluscs vary widely, partly because many regions have not been thoroughly surveyed. There is also a shortage of specialists who can identify all the animals in any one area to species. However, in 2004 the IUCN Red List of Threatened Species included nearly 2,000 endangered nonmarine molluscs. For comparison, the great majority of mollusc species are marine, but only 41 of these appeared on the 2004 Red List. About 42% of recorded extinctions since the year 1500 are of molluscs, consisting almost entirely of nonmarine species.

Because of the great range of anatomical diversity among molluscs, many textbooks start the subject of molluscan anatomy by describing what is called an ''archi-mollusc'', ''hypothetical generalized mollusc'', or ''hypothetical ancestral mollusc'' (''HAM'') to illustrate the most common features found within the phylum. The depiction is visually rather similar to modern monoplacophorans. The generalized mollusc is bilaterally symmetrical and has a single, "limpet-like" shell on top. The shell is secreted by a mantle covering the upper surface. The underside consists of a single muscular "foot". The visceral mass, or visceropallium, is the soft, nonmuscular metabolic region of the mollusc. It contains the body organs.

The mantle cavity, a fold in the mantle, encloses a significant amount of space. It is lined with epidermis, and is exposed, according to habitat, to sea, fresh water or air. The cavity was at the rear in the earliest molluscs, but its position now varies from group to group. The anus, a pair of osphradia (chemical sensors) in the incoming "lane", the hindmost pair of gills and the exit openings of the nephridia ("kidneys") and gonads (reproductive organs) are in the mantle cavity. The whole soft body of bivalves lies within an enlarged mantle cavity.

The mantle edge secretes a shell (secondarily absent in a number of taxonomic groups, such as the nudibranchs) that consists of mainly chitin and conchiolin (a protein hardened with calcium carbonate), except the outermost layer, which in almost all cases is all conchiolin (see periostracum). Molluscs never use phosphate to construct their hard parts, with the questionable exception of ''Cobcrephora''. While most mollusc shells are composed mainly of aragonite, those gastropods that lay eggs with a hard shell use calcite (sometimes with traces of aragonite) to construct the eggshells. The shell consists of three layers: the outer layer (the periostracum) made of organic matter, a middle layer made of columnar calcite, and an inner layer consisting of laminated calcite, often nacreous. In some forms the shell contains openings. In abalones there are holes in the shell used for respiration and the release of egg and sperm, in the nautilus a string of tissue called the siphuncle goes through all the chambers, and the eight plates that make up the shell of chitons are penetrated with living tissue with nerves and sensory structures.

The underside consists of a muscular foot, which has adapted to different purposes in different classes.