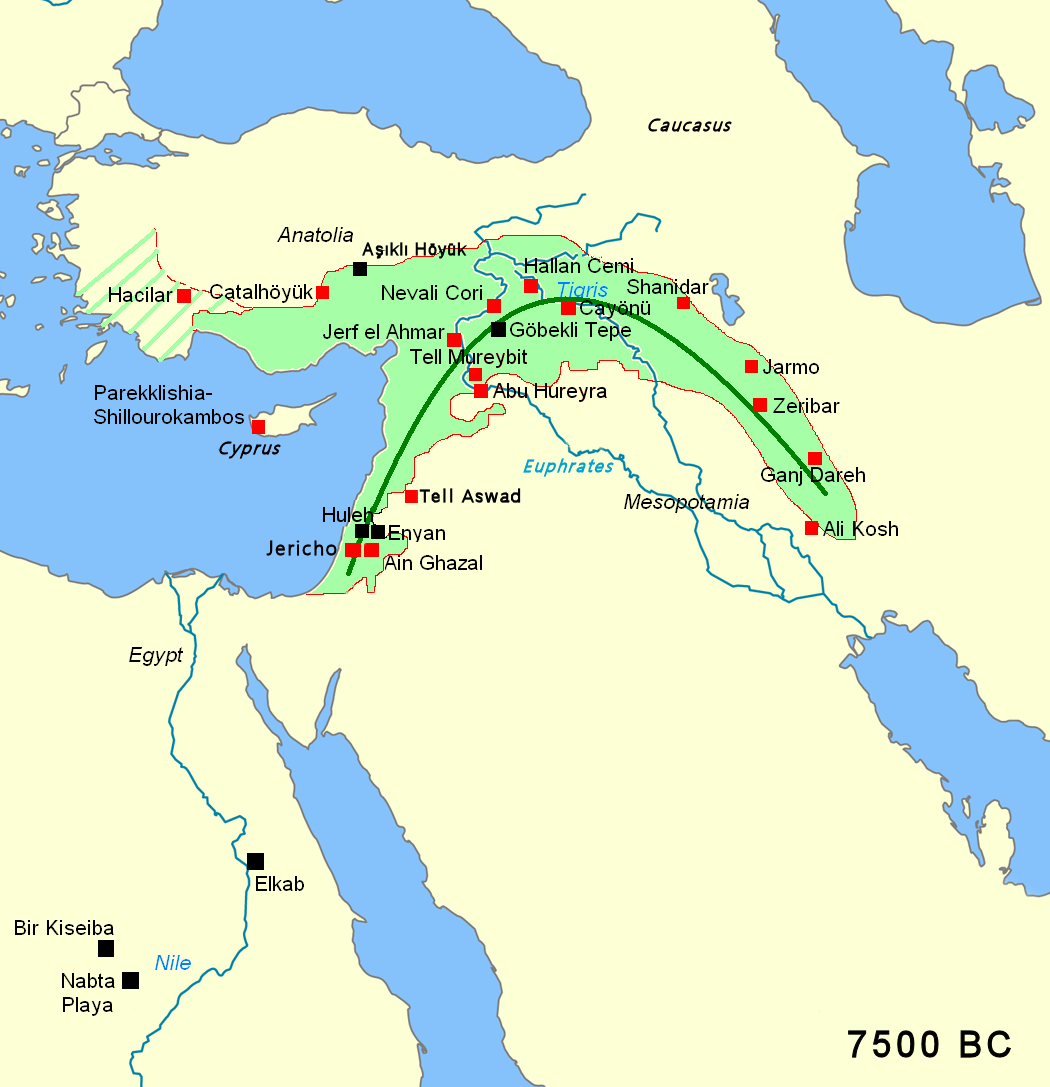 The Neolithic Revolution, or the (First) Agricultural Revolution, was the wide-scale transition of many human cultures during the Neolithic period from a lifestyle of hunting and gathering to one of agriculture and settlement, making an increasingly large population possible. These settled communities permitted humans to observe and experiment with plants, learning how they grew and developed. This new knowledge led to the domestication of plants. Archaeological data indicates that the domestication of various types of plants and animals happened in separate locations worldwide, starting in the geological epoch of the Holocene 11,700 years ago. It was the world's first historically verifiable revolution in agriculture. The Neolithic Revolution greatly narrowed the diversity of foods available, resulting in a downturn in the quality of human nutrition. The Neolithic Revolution involved far more than the adoption of a limited set of food-producing techniques. During the next millennia it transformed the small and mobile groups of hunter-gatherers that had hitherto dominated human pre-history into sedentary (non-nomadic) societies based in built-up villages and towns. These societies radically modified their natural environment by means of specialized food-crop cultivation, with activities such as irrigation and deforestation which allowed the production of surplus food. Other developments that are found very widely during this era are the domestication of animals, pottery, polished stone tools, and rectangular houses. In many regions, the adoption of agriculture by prehistoric societies caused episodes of rapid population growth, a phenomenon known as the Neolithic demographic transition. These developments, sometimes called the Neolithic package, provided the basis for centralized administrations and political structures, hierarchical ideologies, depersonalized systems of knowledge (e.g. writing), densely populated settlements, specialization and division of labour, more trade, the development of non-portable art and architecture, and greater property ownership. The earliest known civilization developed in Sumer in southern Mesopotamia (); its emergence also heralded the beginning of the Bronze Age. The relationship of the above-mentioned Neolithic characteristics to the onset of agriculture, their sequence of emergence, and empirical relation to each other at various Neolithic sites remains the subject of academic debate, and varies from place to place, rather than being the outcome of universal laws of social evolution. The Levant saw the earliest developments of the Neolithic Revolution from around 10,000 BCE, followed by sites in the wider Fertile Crescent.

Hunter-gatherers had different subsistence requirements and lifestyles from agriculturalists. They resided in temporary shelters and were highly mobile, moving in small groups and had limited contact with outsiders. Their diet was well-balanced and depended on what the environment provided each season. Because the advent of agriculture made it possible to support larger groups, agriculturalists lived in more permanent dwellings in areas that were more densely populated than could be supported by the hunter-gatherer lifestyle. The development of trading networks and complex societies brought them into contact with outside groups. However, population increase did not necessarily correlate with improved health. Reliance on a single crop can adversely affect health even while making it possible to support larger numbers of people. Maize is deficient in certain essential amino acids (lysine and tryptophan) and is a poor source of iron. The phytic acid it contains may inhibit nutrient absorption. Other factors that likely affected the health of early agriculturalists and their domesticated livestock would have been increased numbers of parasites and disease-bearing pests associated with human waste and contaminated food and water supplies. Fertilizers and irrigation may have increased crop yields but also would have promoted proliferation of insects and bacteria in the local environment while grain storage attracted additional insects and rodents.