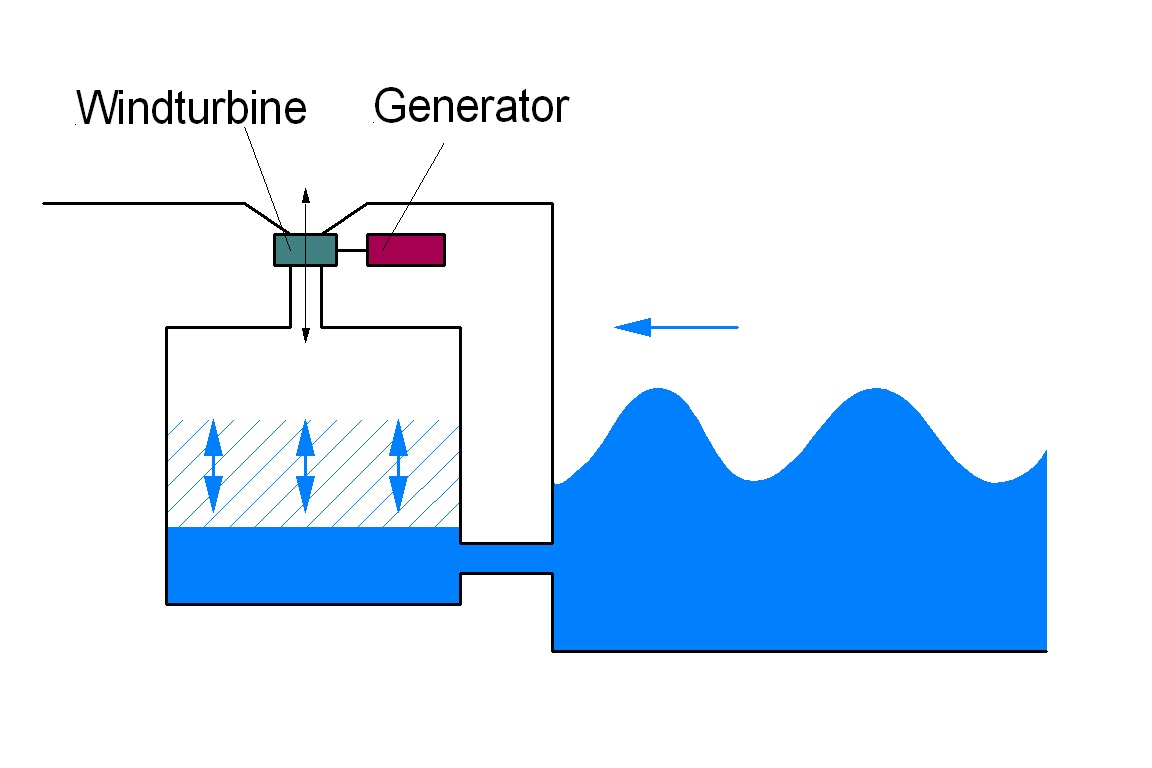 Wave power is the capture of energy of wind waves to do useful work – for example, electricity generation, water desalination, or pumping water. A machine that exploits wave power is a wave energy converter (WEC). Wave power is distinct from tidal power, which captures the energy of the current caused by the gravitational pull of the Sun and Moon. Waves and tides are also distinct from ocean currents which are caused by other forces including breaking waves, wind, the Coriolis effect, cabbeling, and differences in temperature and salinity. Wave-power generation is not a widely employed commercial technology compared to other established renewable energy sources such as wind power, hydropower and solar power. However, there have been attempts to use this source of energy since at least 1890 mainly due to its high power density. As a comparison, the power density of the photovoltaic panels is 1 kW/m2 at peak solar insolation, and the power density of the wind is 1 kW/m2 at 12 m/s. Whereas, the average annual power density of the waves at e.g. San Francisco coast is 25 kW/m2. In 2000 the world's first commercial Wave Power Device, the Islay LIMPET was installed on the coast of Islay in Scotland and connected to the National Grid. In 2008, the first experimental multi-generator wave farm was opened in Portugal at the Aguçadoura Wave Park.

300px|Photograph of the elliptical trajectories of water particles under a – progressive and periodic – surface gravity wave in a [[wave flume. The wave conditions are: mean water depth ''d'' = , [[wave height ''H'' = , wavelength λ = , [[period (physics)|period ''T'' = 1.12 s. Waves are generated by wind passing over the surface of the sea. As long as the waves propagate slower than the wind speed just above the waves, there is an energy transfer from the wind to the waves. Both air pressure differences between the upwind and the lee side of a wave crest, as well as friction on the water surface by the wind, making the water to go into the shear stress causes the growth of the waves.