The kilogram (also kilogramme) is the base unit of mass in the International System of Units (SI), the current metric system, having the unit symbol kg. It is a widely used measure in science, engineering and commerce worldwide, and is often simply called a kilo in everyday speech. The kilogram was originally defined in 1795 as the mass of one litre of water. This was a simple definition, but difficult to use in practice. By the latest definitions of the unit, however, this relationship still has an accuracy of 30 ppm. In 1799, the platinum ''Kilogramme des Archives'' replaced it as the standard of mass. In 1889, a cylinder of platinum-iridium, the International Prototype of the Kilogram (IPK) became the standard of the unit of mass for the metric system, and remained so until 2019. The kilogram was the last of the SI units to be defined by a physical artefact. The kilogram is now defined in terms of the second and the metre, based on fixed fundamental constants of nature. This allows a properly-equipped metrology laboratory to calibrate a mass measurement instrument such as a Kibble balance as the primary standard to determine an exact kilogram mass, although the IPK and other precision kilogram masses remain in use as secondary standards for all ordinary purposes.

The kilogram is defined in terms of three fundamental physical constants: The speed of light , a specific atomic transition frequency , and the Planck constant . The formal definition is: :The kilogram, symbol kg, is the SI unit of mass. It is defined by taking the fixed numerical value of the Planck constant to be when expressed in the unit J⋅s, which is equal to kg⋅m2⋅s−1, where the metre and the second are defined in terms of and . This definition makes the kilogram consistent with the older definitions: the mass remains within 30 ppm of the mass of one litre of water. 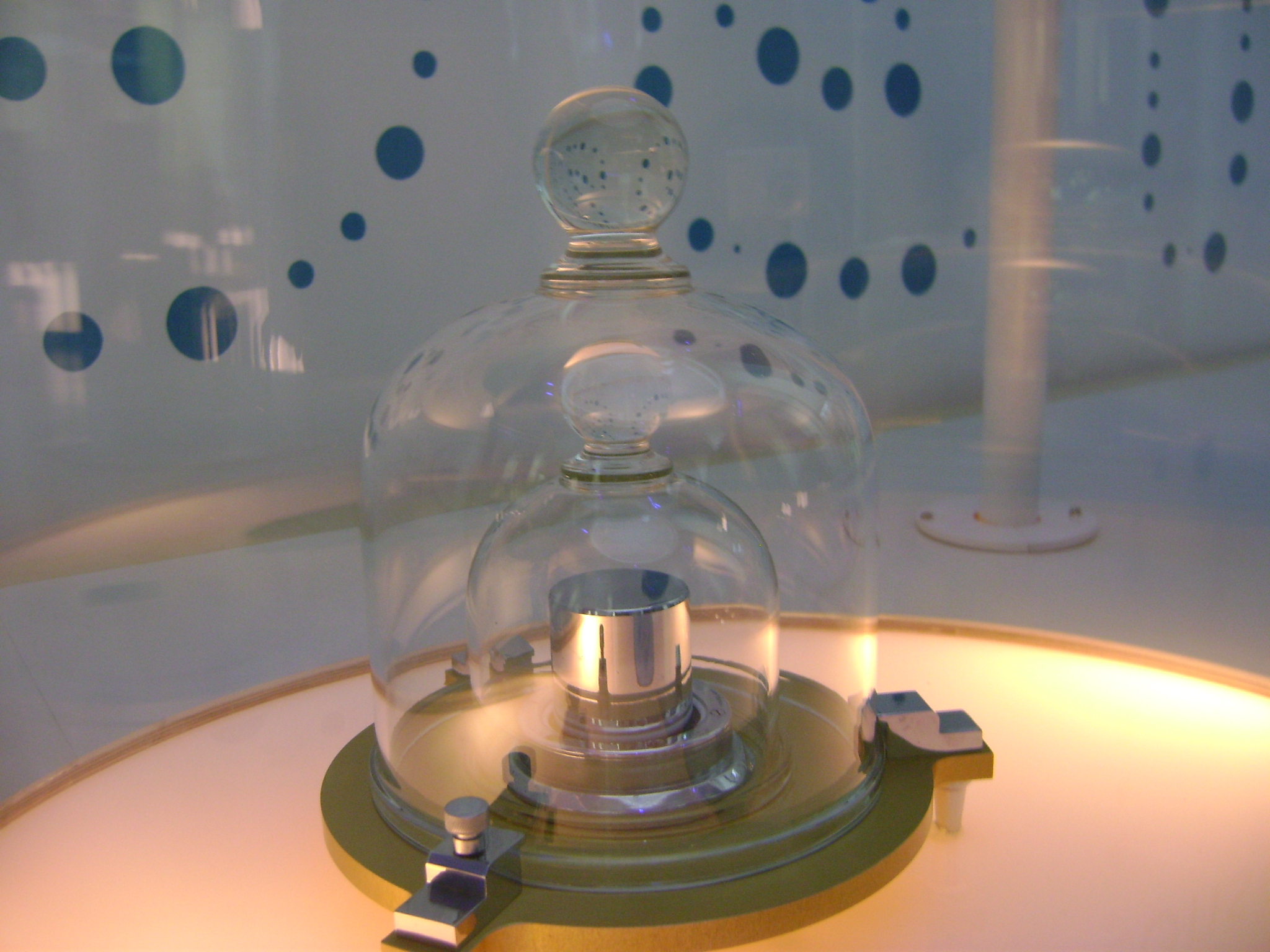 * 1793: The grave (the precursor of the kilogram) is defined as the mass of 1 litre (dm3) of water, which was determined to be 18841 grains. * 1795: the gram (1/1000 of a kilogram) was provisionally defined as the mass of one cubic centimetre of water at the melting point of ice. * 1799: The Kilogramme des Archives was manufactured as a prototype * 1875–1889: The Metre Convention is signed in 1875, leading to production of The International Prototype of the Kilogram (IPK) in 1879 and its adoption in 1889. It had a mass equal to the mass of 1 dm3 of water under atmospheric pressure and at the temperature of its maximum density, which is approximately 4 °C. * 2019: The kilogram is currently redefined in terms of the Planck constant as approved by the General Conference on Weights and Measures (CGPM) on 16 November 2018.

The kilogram is the only base SI unit with an SI prefix (''kilo'') as part of its name. The word ''kilogramme'' or ''kilogram'' is derived from the French ,