An integrated circuit or monolithic integrated circuit (also referred to as an IC, a chip, or a microchip) is a set of electronic circuits on one small flat piece (or "chip") of semiconductor material that is normally silicon. Large numbers of tiny MOSFETs (metal–oxide–semiconductor field-effect transistors) integrate into a small chip. This results in circuits that are orders of magnitude smaller, faster, and less expensive than those constructed of discrete electronic components. The IC's mass production capability, reliability, and building-block approach to integrated circuit design has ensured the rapid adoption of standardized ICs in place of designs using discrete transistors. ICs are now used in virtually all electronic equipment and have revolutionized the world of electronics. Computers, mobile phones, and other digital home appliances are now inextricable parts of the structure of modern societies, made possible by the small size and low cost of ICs. Integrated circuits were made practical by technological advancements in metal–oxide–silicon (MOS) semiconductor device fabrication. Since their origins in the 1960s, the size, speed, and capacity of chips have progressed enormously, driven by technical advances that fit more and more MOS transistors on chips of the same size – a modern chip may have many billions of MOS transistors in an area the size of a human fingernail. These advances, roughly following Moore's law, make computer chips of today possess millions of times the capacity and thousands of times the speed of the computer chips of the early 1970s. ICs have two main advantages over discrete circuits: cost and performance. Cost is low because the chips, with all their components, are printed as a unit by photolithography rather than being constructed one transistor at a time. Furthermore, packaged ICs use much less material than discrete circuits. Performance is high because the IC's components switch quickly and consume comparatively little power because of their small size and proximity. The main disadvantage of ICs is the high cost to design them and fabricate the required photomasks. This high initial cost means ICs are only commercially viable when high production volumes are anticipated.

An ''integrated circuit'' is defined as:

A circuit in which all or some of the circuit elements are inseparably associated and electrically interconnected so that it is considered to be indivisible for the purposes of construction and commerce.

An early attempt at combining several components in one device (like modern ICs) was the Loewe 3NF vacuum tube from the 1920s. Unlike ICs, it was designed with the purpose of tax avoidance, as in Germany, radio receivers had a tax that was levied depending on how many tube holders a radio receiver had. It allowed radio receivers to have a single tube holder. Early concepts of an integrated circuit go back to 1949, when German engineer Werner Jacobi (Siemens AG) filed a patent for an integrated-circuit-like semiconductor amplifying device showing five transistors on a common substrate in a three-stage amplifier arrangement. Jacobi disclosed small and cheap hearing aids as typical industrial applications of his patent. An immediate commercial use of his patent has not been reported. Another early proponent of the concept was Geoffrey Dummer (1909–2002), a radar scientist working for the Royal Radar Establishment of the British Ministry of Defence. Dummer presented the idea to the public at the Symposium on Progress in Quality Electronic Components in Washington, D.C. on 7 May 1952. He gave many symposia publicly to propagate his ideas and unsuccessfully attempted to build such a circuit in 1956. Between 1953 and 1957, Sidney Darlington and Yasuo Tarui (Electrotechnical Laboratory) proposed similar chip designs where several transistors could share a common active area, but there was no electrical isolation to separate them from each other. The monolithic integrated circuit chip was enabled by Mohamed M. Atalla's surface passivation process, which electrically stabilized silicon surfaces via thermal oxidation, making it possible to fabricate monolithic integrated circuit chips using silicon. This was the basis for the planar process, developed by Jean Hoerni at Fairchild Semiconductor in early 1959, which was critical to the invention of the monolithic integrated circuit chip. A key concept behind the monolithic IC is the principle of p–n junction isolation, which allows each transistor to operate independently despite being part of the same piece of silicon. Atalla's surface passivation process isolated individual diodes and transistors, which was extended to independent transistors on a single piece of silicon by Kurt Lehovec at Sprague Electric in 1959, and then independently by Robert Noyce at Fairchild later the same year. 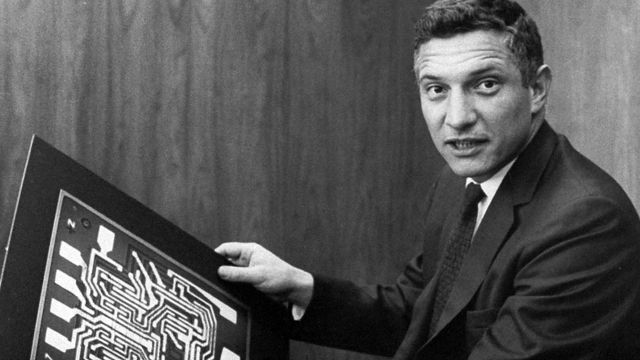 A precursor idea to the IC was to create small ceramic substrates (so-called ''micromodules''),

The cost of designing and developing a complex integrated circuit is quite high, normally in the multiple tens of millions of dollars. Therefore, it only makes economic sense to produce integrated circuit products with high production volume, so the non-recurring engineering (NRE) costs are spread across typically millions of production units. Modern semiconductor chips have billions of components, and are too complex to be designed by hand. Software tools to help the designer are essential. Electronic Design Automation (EDA), also referred to as Electronic Computer-Aided Design (ECAD), is a category of software tools for designing electronic systems, including integrated circuits. The tools work together in a design flow that engineers use to design and analyze entire semiconductor chips. 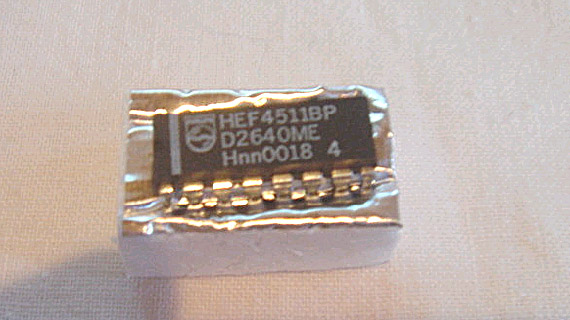