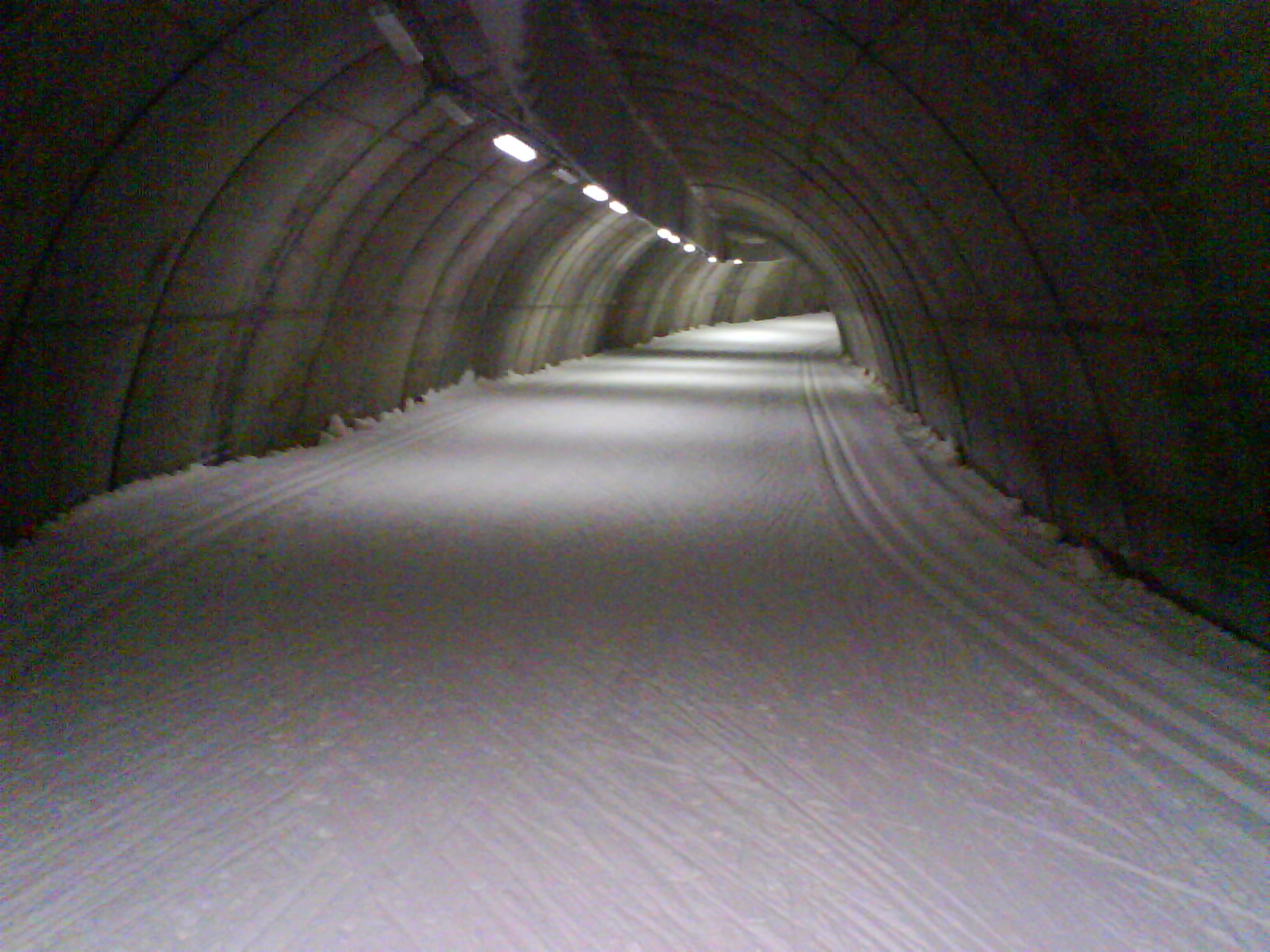 Indoor skiing is done in a climate-controlled environment with snowmaking. This enables skiing and snowboarding to take place regardless of outdoor temperatures. Facilities for both alpine skiing and nordic skiing are available.

Since the early 20th century, there have been four major stages in the evolution of indoor snow centres. Firstly, centres that had no refrigeration and used an artificial mixture of materials to create a surface substance something like snow, the first of these opened in Austria and Germany in the 1920s. The first recorded indoor snow slope was created at Berlin’s Automobilhalle in the summer of 1926 gaining worldwide attention.  According to contemporary reports a wooden slope was created about a thousand feet long and sixty feet wide. The “snow” substitute used was invented and later patented by a British diplomat, L. C. Ayscough, and involved a mixture of powdered mica, soda crystals and sawdust spread on a brush matting surface. The Berlin government were concerned about health risks from the mixture and commissioned the then head of its Municipal Health Bureau, Dr. Wilhelm von Drigalkski, to check it was safe for public use. He confirmed that it was and an order for 200 tons of the material to be delivered by train was placed. The slope was initially popular and a company was founded to build more slopes in Dresden, Munich, and Frankfurt. It is not known if these were ever created. A second indoor centre using "Ayscough snow", planned to be a more permanent facility, opened in Austria the following year later, 1927. Known as ''Schneepalast'' (German: Snow Palace), it was opened in the Austrian capital Vienna in 1927 in the abandoned Vienna Northwest Railway Station established by the Norwegian ski jumper Dagfinn Carlsen. The track in the ski area was built on a wooden ramp. A ski jump made it possible to jump up to . Skiers had to walk up the artificial mountain, because there was no ski lift. However, sledges could be pulled up with an electrically-operated system. The artificial snow had been made by the English experimenter James Ayscough from soda. After the initial excitement enthusiasm for "Ayscough snow" rapidly waned however as users decided it was not particularly slippery and the initial whiteness rapidly discoloured. The Vienna facility closed in May 1928. The second attempt at indoor snow centres came three decades later with the first centre that used real snow or crushed ice which was transported inside to a slope covered by a roof and open to urban skiers during cold months of the year in the city of Sayama, Japan. This centre opened in 1959 and continues to operate, although now with on-site snowmaking rather than bringing in snow by lorry. Thirdly came the first generation of refrigerated indoor centres which used either a chemical mixture to simulate snow or scraped ice.  The first three of these opened in 1988, each claiming to be the first in the world. These were MtTheBarton in Adelaide, Australia, Casablanca in Belgium, and Ski in Tsudanuma in Japan. The fourth and current stage of indoor snow centre development came when centres which used ‘real snow’, made by snow-making machines, with no chemical additives, began to appear. These are now the norm for most of the 140 centres that have been built since the first. which was The Snowdome at Tamworth in the UK which opened in May 1994.