Simferopol () is the second-largest city on the Crimean Peninsula, and the capital of the Autonomous Republic of Crimea, (Autonomous) Republic of Crimea. Simferopol is an important political, economic and transport hub of the peninsula, and serves as the administrative centre of both Simferopol Municipality and the surrounding Simferopol District. Founded on the site of a Crimean Tatars, Crimean Tatar town Aqmescit, the city adopted its current name after the Annexation of Crimea by the Russian Empire, annexation of the Crimean Khanate to the Russian Empire. The population was

The name Simferopol ( uk, Сімферо́поль; russian: link=no, Симферо́поль ) comes from the Greek ''Sympheropoli'' ( el, Συμφερόπολη, ''Symferópoli''), meaning ''city of common good''. The spelling Symferopil ( uk, Симферопіль) is also used. In Crimean Tatar, the name of the city is ''Aqmescit'', which literally means "The white mosque'" (''Aq'' "white", and ''mescit'' "mosque"). But ''aq'' does not refer to the color of the mosque, but to its location. This is due to the colour designation of the cardinal points among the Turkic peoples, where white is the west. Thus, the exact translation of the name of the town is "the Western Mosque." In English, the name was often given as Akmechet or Ak-Mechet (e.g. in ''Encyclopædia Britannica''), a transliteration from Russian spelling of Crimean Tatar word Акмечет, Ак-Мечеть, where Mechet (Мечеть) is the Russian word for "mosque".

Archaeological evidence in the Chokurcha cave shows the presence of ancient people living in the territory of modern Simferopol. The Scythian Neapolis, known by its Greek name, is also located in the city, which is the remnants of an ancient capital of the Crimean Scythians who lived on the territory from the 3rd century BC to the 4th century AD. Later, the Crimean Tatars founded the town of Aqmescit. For some time, Aqmescit served as the residence of the Qalğa-Sultan, the second most important position in the Crimean Khanate after the List of Crimean khans, Khan himself.

The city was renamed Simferopol in 1784 after the annexation of the Crimean Khanate to the Russian Empire by Catherine II of Russia. The name Simferopol is in Greek language, Greek, Συμφερόπολις (''Simferopolis''), and literally means "the city of usefulness." The tradition to give Greek names to places in newly acquired southern territories was carried out by Empress Catherine the Great as part of her Greek Plan. In 1802, Simferopol became the administrative centre of the Taurida Governorate. During the Crimean War of 1854–1856, the Russian Imperial Army reserves and a hospital were stationed in the city. After the war, more than 30,000 Russian soldiers were buried in the city's vicinity.

In the 20th century, Simferopol was once again affected by wars and conflicts in the region. At the end of the Russian Civil War, the headquarters of General Pyotr Nikolayevich Wrangel, Pyotr Wrangel, leader of the anti-Bolshevik White movement, White Army, were located there. On 13 November 1920, the Red Army captured the city and on 18 October 1921, Simferopol became the capital of the Crimean Autonomous Soviet Socialist Republic.

During World War II, Simferopol was occupied by Nazi Germany from 1 November 1941 to 13 April 1944. Retreating NKVD police shot a number of prisoners on 31 October 1941 in the NKVD building and the city's prison. Germans perpetrated one of the largest war-time massacres in Simferopol, killing in total over 22,000 locals—mostly Jews, Russians, Krymchaks, and Romani people, Romani. On one occasion, starting 9 December 1941, the Einsatzgruppen, Einsatzgruppen D under Otto Ohlendorf's command killed an estimated 14,300 Simferopol residents; most of them were Jews. In April 1944 the Red Army liberated Simferopol. On 18 May 1944 the Crimean Tatar population of the city, along with the whole Crimean Tatar nation of Crimea, was Deportation of the Crimean Tatars, forcibly deported to Central Asia in a form of collective punishment.

On 26 April 1954 Simferopol, together with the rest of the Crimean Oblast, was 1954 transfer of Crimea, transferred from the Russian Soviet Federative Socialist Republic to the Ukrainian Soviet Socialist Republic by Soviet Premier Nikita Khrushchev. An asteroid, discovered in 1970 by Soviet astronomer Tamara Mikhailovna Smirnova, is named after the city (2141 Simferopol). Following a 1991 Crimean sovereignty referendum, referendum on 20 January 1991, the Crimean Oblast was upgraded an Autonomous Soviet Socialist Republic on 12 February 1991 by the Verkhovna Rada, Supreme Soviet of the Ukrainian SSR. Simferopol became the capital of the Crimean Autonomous Soviet Socialist Republic. After the History of the Soviet Union (1985-1991), collapse of the Soviet Union in 1991, Simferopol became the capital of the Autonomous Republic of Crimea within newly History of Ukraine#Independence, independent Ukraine. Today, the city has a population of 340,600 (2006) most of whom are ethnic Russians, with the rest being Ukrainian and Crimean Tatars, Crimean Tatar minorities. After the Crimean Tatars were allowed to return from exile in the 1990s, several new Crimean Tatar suburbs were constructed, as many more Tatars returned to the city compared to number exiled in 1944. Land ownership between the current residents and returning Crimean Tatars is a major area of conflict today with the Tatars requesting the return of lands seized after their deportation.

On 16 March 2014, a referendum was held whose results showed that a majority of Crimeans voted in favour of independence of Crimea from Ukraine and joining Russia as a federal subject. The legitimacy of the referendum's results has been questioned by several nations and independent news organizations. On 21 March, Simferopol officially became the capital of a new Republic of Crimea, federal subject of the Russian Federation. The referendum was not recognized internationally, and the event was viewed by many as an annexation of the Crimean land by the Russian Federation. On 14 September 2014, municipal elections were held as part of the Russian Federation, the first elections since the 2014 Crimean status referendum, Crimean status referendum of 16 March 2014.

Simferopol is located in the south-central portion of the Crimean Peninsula. The city lies on the Salhir River and near the artificial Simferopol Reservoir, which provides the city with clean drinking water. The Simferopol Reservoir's earth dam is the biggest in Europe.

The city experiences a humid subtropical climate, humid subtropical or oceanic climate, oceanic climate (depending on which version of the Köppen climate classification is used), near the boundary of the humid continental climate. The average temperature in January is and in July. The average rainfall is per year, and there is a total of 2,471 hours of sunshine per year. 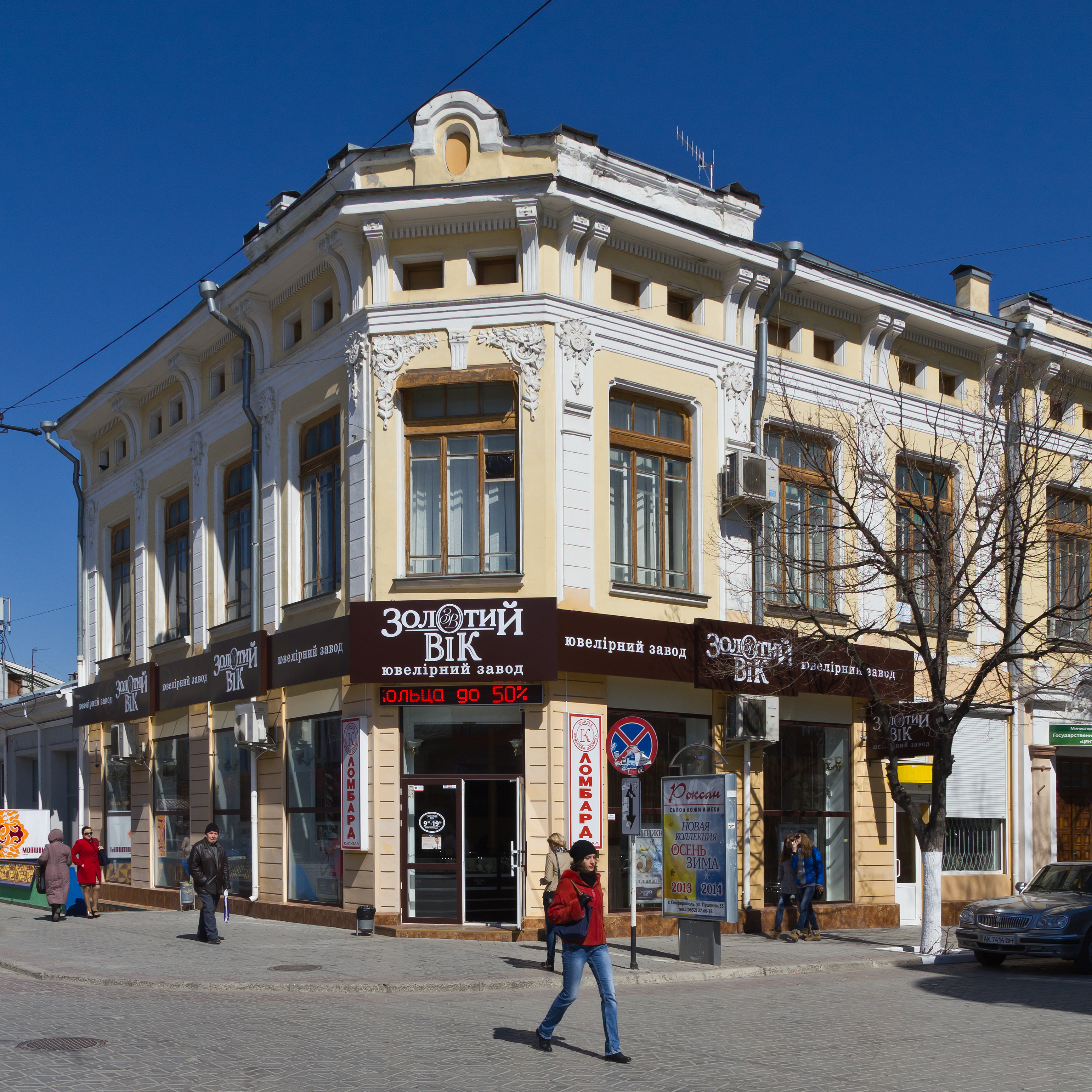 As the capital of the Republic, Simferopol houses its political structure including the Supreme Council of Crimea, Parliament and the Council of Ministers. Simferopol is also the administrative centre of the Simferopol District, Simferopolskyi District (raion), however, it is directly subordinate to the Crimean authorities rather than to the district authorities housed in the city itself. The city of Simferopol is administratively divided into three districts (Zaliznychnyi, Tsentralnyi, and Kyivskyi), four urban-type settlements (Ahrarne, Aeroflotskyi, Hriesivskyi, Komsomolske, Crimea, Komsomolske) and one village (Bitumne). Viktor Ageev became city mayor on 11 November 2010 and was then elected chairman of the Simferopol City Council on 29 September 2014. Igor Lukashyov was installed as the head of Simferopol City administration (i.e. local executive) after Russia annexed the region in 2014. He served in this position until his dismissal on 9 November 2018.

Simferopol has a Simferopol Railway station, major railway station, which serves millions of tourists each year. In December 2014 Ukraine cut the railway line to Crimea at the border. Currently, the station serves only a Elektrichka, commuter (regional) passenger train and the Moscow – Simferopol train every day. The city is also connected via the Simferopol International Airport, which was constructed in 1936. Zavodske Airfield, Zavodskoye Airport is situated southwest of Simferopol. The city has several main bus stations, with routes towards many cities, including Sevastopol, Kerch, Yalta, and Yevpatoriya. The Crimean Trolleybus connects Simferopol to the city of Yalta on Crimean Black Sea coast. The line is the longest trolleybus line in the world with a total length of (since 2014 again ). The streets of Simferopol have a rare House numbering#Former Soviet Union, house numbering – the odd numbers are on the right side of the road, looking in the direction in which the numbers increase.

At the last census in 2014, the population of Simferopol was 332,317, the highest of any city in the Republic of Crimea and second only to Sevastopol within the Crimean peninsula.

When it existed, Crimea Air had its head office on the grounds of Simferopol Airport. Simferopol hosts some industries, such as :ru:Фиолент (завод), 'Zavod 'Phiolent' JSC producing Marine automation control systems; Precise electrical micro machines of low input power; Power tools, for both professional and household usage. * Simferopol Airport , new terminal is to be open with at least 8 gates, the structure of the hall has a wave-like layout.

The largest collection of higher education institutions in Crimea is located in Simferopol. Among them is the largest university in Simferopol and Crimea, the Taurida V.Vernadsky National University, which was founded in 1917. Crimea State Medical University named after S. I. Georgievsky, also located in Simferopol, is one of the most prominent medical schools of Ukraine. The Crimean Medical University is situated on the plot, where in 1855 a nursery garden was planted by the founder of the Nikita Botanical Gardens Ch.Ch.Steven (1781–1863). In 1863–66 a school for girls was built here and in 1931 a medical institute was opened. On the same plot P.Krzhizhanovsky built a three-storey hostel for medical students after the design in 1934. The building with clear geometric masses was completed in 1938. A V.I. Vernadsky Crimean Federal University, new federal university campus was opened 4 August 2014.