In
geology Geology (from the Ancient Greek γῆ, ''gē'' ("earth") and -λoγία, ''-logia'', ("study of", "discourse")) is an Earth science concerned with the solid Earth, the rock (geology), rocks of which it is composed, and the processes by which th ...
and
mineralogy Mineralogy is a subject of geology specializing in the scientific study of the chemistry, crystal structure, and physical (including optical mineralogy, optical) properties of minerals and mineralized artifact (archaeology), artifacts. Specific stu ...

, a mineral or mineral species is, broadly speaking, a solid
chemical compound A chemical compound is a chemical substance composed of many identical molecules (or molecular entity, molecular entities) composed of atoms from more than one chemical element, element held together by chemical bonds. A homonuclear molecule, mo ...
with a fairly well-defined
chemical composition{{Unreferenced, date=December 2017 Chemical composition refers to identity and nine number of the chemical element Image:Simple Periodic Table Chart-blocks.svg, 400px, Periodic table, The periodic table of the chemical elements In chemistry, a ...
and a specific
crystal structure In crystallography, crystal structure is a description of the ordered arrangement of atoms, ions or molecule File:Pentacene on Ni(111) STM.jpg, A scanning tunneling microscopy image of pentacene molecules, which consist of linear chains of fi ...
, that occurs naturally in pure form. The geological definition of mineral normally excludes compounds that occur only in living beings. However some minerals are often biogenic (such as
calcite Image:Calcite.png, 235px, Crystal structure of calcite Calcite is a Carbonate minerals, carbonate mineral and the most stable Polymorphism (materials science), polymorph of calcium carbonate (CaCO3). The Mohs scale of mineral hardness, based on Scr ...

) or are
organic compound , CH4; is among the simplest organic compounds. In chemistry, organic compounds are generally any chemical compounds that contain carbon-hydrogen chemical bond, bonds. Due to carbon's ability to Catenation, catenate (form chains with other carbon ...
s in the sense of chemistry (such as mellite). Moreover, living beings often synthesize inorganic minerals (such as hydroxylapatite) that also occur in rocks. The concept of mineral is distinct from rock, any bulk solid geologic material that is relatively homogeneous at a large enough scale. A rock may consist of one type of mineral, or may be an aggregate of two or more different types of minerals, spacially segregated into distinct phases. Some natural solid substances without a definite crystalline structure, such as
opal Opal is a hydrated amorphous form of Silicon dioxide, silica (SiO2·''n''H2O); its water content may range from 3 to 21% by weight, but is usually between 6 and 10%. Because of its amorphous character, it is classed as a mineraloid, unlike cr ...

or
obsidian Obsidian () is a naturally occurring volcanic glass formed when lava extruded from a volcano A volcano is a rupture in the crust of a planetary-mass object, such as Earth, that allows hot lava, volcanic ash, and Volcanic gas, gases to e ...
, are more properly called
mineraloid A mineraloid is a naturally occurring mineral In geology Geology (from the Ancient Greek γῆ, ''gē'' ("earth") and -λoγία, ''-logia'', ("study of", "discourse")) is an Earth science concerned with the solid Earth, the rock (geology), ...
s. If a chemical compound occurs naturally with different crystal structures, each structure is considered a different mineral species. Thus, for example,
quartz Quartz is a hard, crystalline mineral composed of silicon and oxygen atoms. The atoms are linked in a continuous framework of SiO4 silicon-oxygen Tetrahedral molecular geometry, tetrahedra, with each oxygen being shared between two tetrahedra, ...
and
stishovite 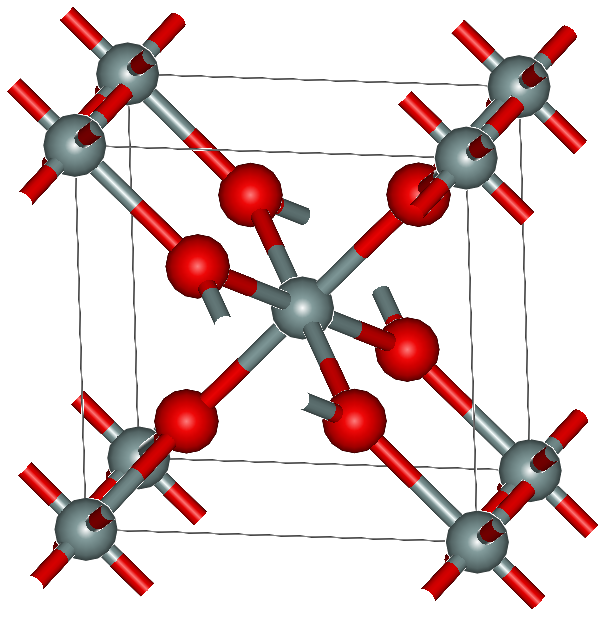 are two different minerals consisting of the same compound,
silicon dioxide Silicon dioxide, also known as silica, is an oxide of rutile. Ti(IV) centers are grey; oxygen centers are red. Notice that oxygen forms three bonds to titanium and titanium forms six bonds to oxygen. An oxide () is a chemical compound that con ...
. The
International Mineralogical Association Founded in 1958, the International Mineralogical Association (IMA) is an international group of 40 national societies. The goal is to promote the science of mineralogy Mineralogy is a subject of geology specializing in the scientific study of the ...
(IMA) is the generally recognized standard body for the definition and nomenclature of mineral species. , the IMA recognizes List of minerals approved by IMA, 5,650 official mineral species out of 5,862 proposed or traditional ones. The chemical composition of a named mineral species may vary somewhat by the inclusion of small amounts of impurities. Specific mineral variety, varieties of a species sometimes have conventional or official names of their own. For example, amethyst is a purple variety of the mineral species
quartz Quartz is a hard, crystalline mineral composed of silicon and oxygen atoms. The atoms are linked in a continuous framework of SiO4 silicon-oxygen Tetrahedral molecular geometry, tetrahedra, with each oxygen being shared between two tetrahedra, ...
. Some mineral species can have variable proportions of two or more chemical elements that occupy equivalent positions in the mineral's structure; for example, the formula of mackinawite is given as , meaning , where ''x'' is a variable number between 0 and 9. Sometimes a mineral with variable composition is split into separate species, more or less arbitrarily, forming a mineral group; that is the case of the silicates , the olivine, olivine group. Besides the essential chemical composition and crystal structure, the description of a mineral species usually includes its common physical properties such as crystal habit, habit, Mohs scale of mineral hardness, hardness, lustre (mineralogy), lustre, diaphaneity, colour, streak (mineralogy), streak, tenacity (mineralogy), tenacity, cleavage (crystal), cleavage, fracture (mineralogy), fracture, parting, specific gravity, magnetism, fluorescence, radioactivity, as well as its taste or smell and its reaction to acid. Minerals are classified by key chemical constituents; the two dominant systems are the Dana classification and the Strunz classification. Silicate minerals comprise approximately 90% of the Earth's crust. Other important mineral groups include the native element mineral, native elements, sulfide mineral, sulfides, oxide mineral, oxides, halide mineral, halides, carbonate mineral, carbonates, sulfate mineral, sulfates, and phosphate mineral, phosphates.

The
International Mineralogical Association Founded in 1958, the International Mineralogical Association (IMA) is an international group of 40 national societies. The goal is to promote the science of mineralogy Mineralogy is a subject of geology specializing in the scientific study of the ...
has established the following requirements for a substance to be considered a distinct mineral: # ''It must be a naturally occurring substance formed by natural geological processes'', on Earth or other extraterrestrial bodies. This excludes compounds directly and exclusively generated by human activities (wikt:anthropogenic, anthropogenic) or in living beings (wikt:biogenic, biogenic), such as tungsten carbide, kidney stone disease, urinary calculi, calcium oxalate crystals in plant tissues, and seashells. However, substances with such origins may qualify if geological processes were involved in their genesis (as is the case of evenkite, derived from plant material; or taranakite, from bat guano; or alpersite, from mine tailings). Hypothetical substances are also excluded, even if they are predicted to occur in currently inaccessible natural environments like the Earth's core or other planets. # ''It must be a solid substance in its natural occurrence.'' A major exception to this rule is native mercury (element), mercury: it is still classified as a mineral by the IMA, even though crystallizes only below −39 °C, because it was included before the current rules were established. Water and carbon dioxide are not considered minerals, even though they are often found as inclusion (mineral), inclusions in other minerals; but Ice, water ice is considered a mineral. # ''It must have a well-defined crystallographic structure''; or, more generally, an ordered atomic arrangement. This property implies several macroscopic scale, macroscopic physical properties, such as crystal form, hardness, and cleavage. It excludes ozokerite, limonite,
obsidian Obsidian () is a naturally occurring volcanic glass formed when lava extruded from a volcano A volcano is a rupture in the crust of a planetary-mass object, such as Earth, that allows hot lava, volcanic ash, and Volcanic gas, gases to e ...
and many other amorphous (non-crystalline) materials that occur in geologic contexts. # ''It must have a fairly well defined chemical composition''. However, certain crystalline substances with a fixed structure but variable composition may be considered single mineral species. A common class of examples are solid solutions such as mackinawite, (Fe, Ni)9S8, which is mostly a iron, ferrous sulfide with a significant fraction of iron atoms replaced by nickel atoms. Other examples include layered crystals with variable layer stacking, or crystals that differ only in the regular arrangement of vacancies and substitutions. On the other hand, some substances that have a continuous series of compositions, may be arbitrarily split into several minerals. The typical example is the olivine group (Mg, Fe)2SiO4, whose magnesium-rich and iron-rich end-members are considered separate minerals (forsterite and fayalite). The details of these rules are somewhat controversial. For instance, there have been several recent proposals to classify amorphous substances as minerals, but they have not been accepted by the IMA. The IMA is also reluctant to accept minerals that occur naturally only in the form of nanoparticles a few hundred atoms across, but has not defined a minimum crystal size.