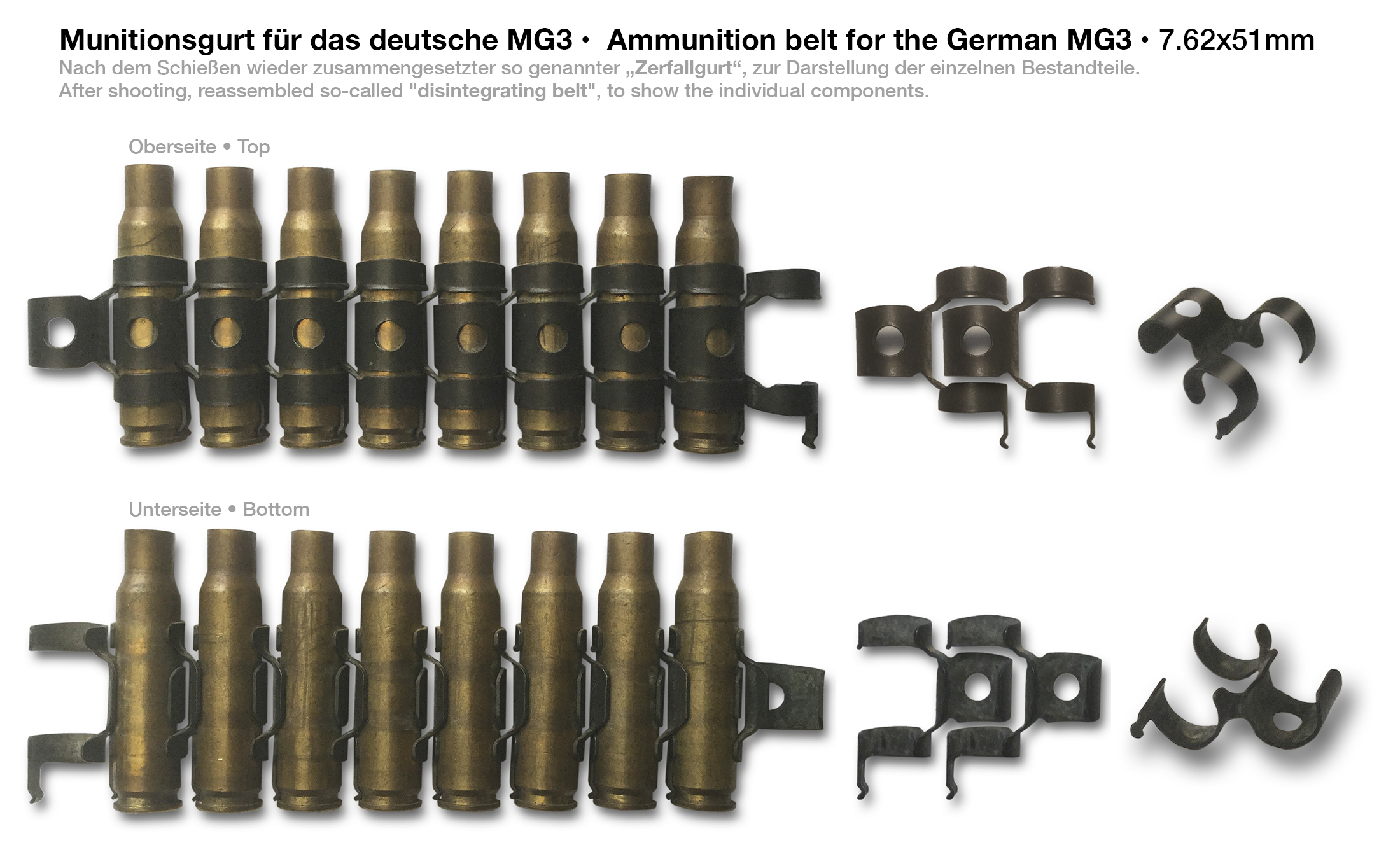 The M13 link, formally Link, Cartridge, Metallic Belt, 7.62mm, M13, is the U.S. military designation for a metallic disintegrating link specifically designed for ammunition belt-fed firearms and 7.62×51mm NATO rounds. It was introduced in the mid-20th century. It is the primary link type for the United States and among NATO for the 7.62×51mm NATO cartridge. , it has been in use for over 60 years and is used on the Dillon M134D Minigun, M60 Machine Gun, FN MAG/M240, Mk 48, MG3, HK21, MG5, UKM-2000, K12, SS-77 and Negev NG-7, among others. Some countries redesignated the M13 link when it was adopted.

The M13 link replaced the older M1 links designed for .30-06 Springfield ammunition, which bound cartridges to each other at the neck, used on the older M1917 Browning machine gun and M1919 Browning machine gun family, though some conversions of the M1919 to the M13 were done, such as on the U.S. Navy Mark 21 Mod 0 machine gun, which saw service in the Vietnam War. Once converted, it cannot use other link types, as firearms made for the M13 Link are not backward-compatible with the M1 link (or other systems). The M9 link is technically very similar to the M1 link but designed for 12.7×99mm NATO/.50 BMG ammunition used in heavy machine guns like the M2 machine gun. The M1 and M9 links are pull-out designs. Rounds are extracted by pulling them rearward out of the link.

The M13 link is a push-through design. Rounds are extracted by pushing them forward out of the link. The left side of a single link has a semi-circular loop which holds the main body of the cartridge case below the shoulder, and an extension on the right that forms two similar loops which were designed to fit in between the two right-side loops of the next link, and which have a small metal tab that extends down to the cartridge base and fit into the extraction groove of the case. The M13 link binds the rounds from halfway down the length of the case to the case head. This was designed so that the bolt of the machine gun using the link would come forward upon squeezing the trigger and strip a round from its link from below the cartridge, and the round would be chambered, fired then extracted and ejected. The feeding pawl in the gun would pull the belt to the right as the gun was fired or cocked, sending the loose link out to the right side of the receiver, where the expended case was also ejected, normally separately from a different ejector port to the link. MIL-L-45403D stipulates that the force to strip a NATO approved round from the M13 link should be between and the belt have a minimal tensile strength of . A single M13 link weighs approximately .