Gallus was born in Italy, in a family with respected Etruscan senatorial background. He had two children in his marriage with Afinia Gemina Baebiana: Gaius Vibius Volusianus, later Emperor, and a daughter, Vibia Galla. His early career was a typical ''cursus honorum'', with several appointments, both political and military. He was suffect consul and in 250 was made governor of the Roman province of Moesia Superior, an appointment that showed the confidence of Emperor Decius in him.

In June 251, Decius and his co-emperor and son Herennius Etruscus died in the Battle of Abrittus at the hands of the Goths they were supposed to punish for raids into the empire. According to rumours supported by Dexippus (a contemporary Greek historian) and the thirteenth Sibylline Oracle, Decius' failure was largely owing to Gallus, who had conspired with the invaders. In any case, when the army heard the news, the soldiers proclaimed Gallus emperor, despite Hostilian, Decius' surviving son, ascending the imperial throne in Rome. This action of the army, and the fact that Gallus seems to have been on good terms with Decius' family, makes Dexippus' allegation improbable. Gallus did not back down from his intention to become emperor, but accepted Hostilian as co-emperor, perhaps to avoid the damage of another civil war. 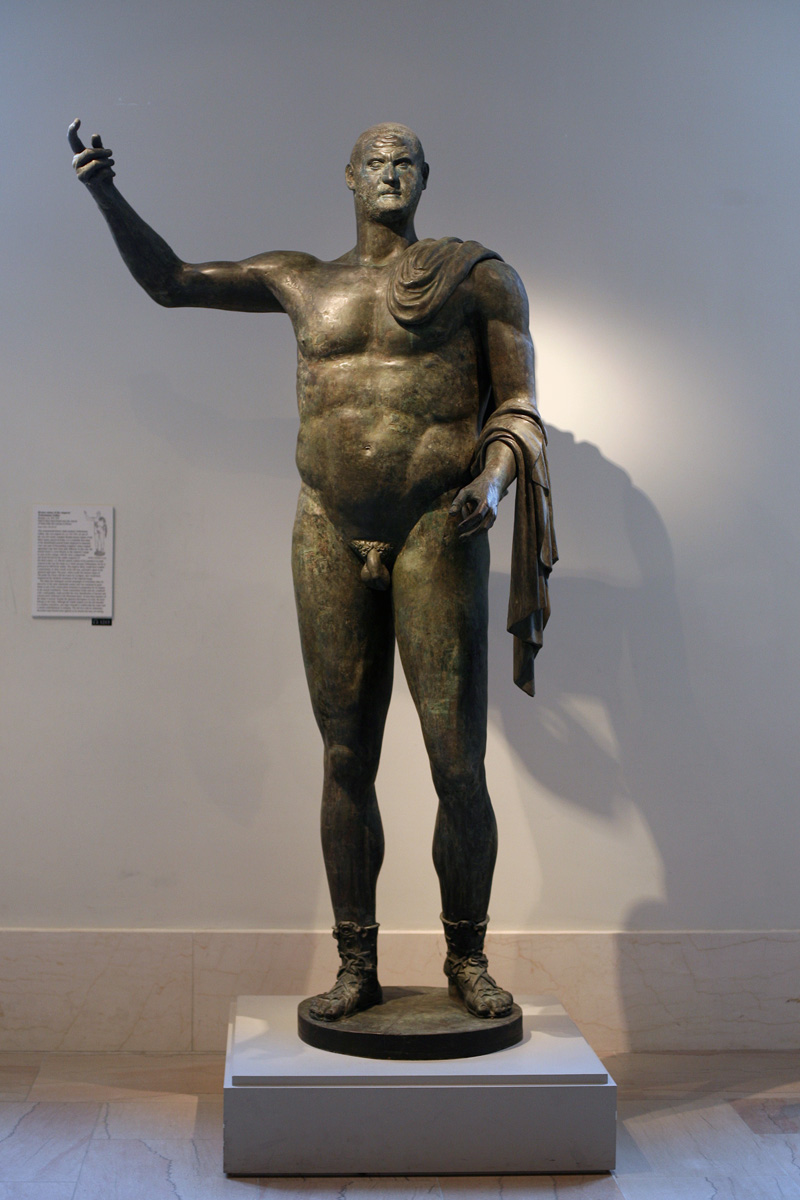 Anxious to secure his position at Rome and stabilize the situation on the Danube frontier, Gallus made peace with the Goths. Peace terms allowed the Goths to leave Roman territory while keeping their captives and plunder. In addition, it was agreed that they would be paid an annual subsidy. Reaching Rome, Gallus' proclamation was formally confirmed by the Senate, with his son Volusianus being appointed Caesar. On June 24, 251, Decius was deified, but by July 15 Hostilian disappears from history—he may have died in an outbreak of plague. Gallus may have also ordered a localized and uncoordinated persecution of Christians. However, only two incidents are known to us: the exile of Pope Cornelius to Centumcellae, where he died in 253 and the exile of his successor, Pope Lucius, right after his election. The latter was recalled to Rome during the reign of Valerian. Like his predecessors, Gallus did not have an easy reign. In the East, an Antiochene nobleman, Mariades, revolted and began ravaging Syria and Cappadocia, then fled to the Persians. Gallus ordered his troops to attack the Persians, but Persian Emperor Shapur I invaded Armenia and destroyed a large Roman army, taking it by surprise at Barbalissos in 253. Shapur I then invaded the defenseless Syrian provinces, capturing all of their legionary posts and ravaging their cities, including Antioch, without any response. Persian invasions were repeated in the following year, but now Uranius Antoninus (a priest originally called Sampsiceramus), a descendant of the royal house of Emesa, confronted Shapur and forced him to retreat. Uranius proclaimed himself emperor,