Spicules (or “spikes” for short) are structural elements found in most sponges. They provide structural support and deter predators. Large spicules that are visible to the naked eye are referred to as megascleres, while smaller, microscopic ones are termed microscleres. The meshing of many spicules serves as the sponge’s skeleton and thus it provides structural support and defense against predators. The composition, size, and shape of spicules is one of the largest determining factors in sponge taxonomy.

Sponges can be calcareous, siliceous, or composed of spongin. Spicules are found in a range of symmetry types. Monaxons form simple cylinders with pointed ends. The ends of diactinal monaxons are similar, whereas monactinal monaxons have different ends: one pointed, one rounded. Diactinal monaxons are classified by the nature of their ends: oxea have pointed ends, and strongyles are rounded. Spine-covered oxea and strongyles are termed acanthoxea and acanthostrongyles, respectively. Monactical monaxons always have one pointed end; they are termed styles if the other end is blunt, tylostyles if their blunt end forms a knob; and acanthostyles if they are covered in spines. Triaxons have three axes; in triods, each axis bears a similar ray; in pentacts, the triaxon has five rays, four of which lie in a single plane; and pinnules are pentacts with large spines on the non-planar ray. 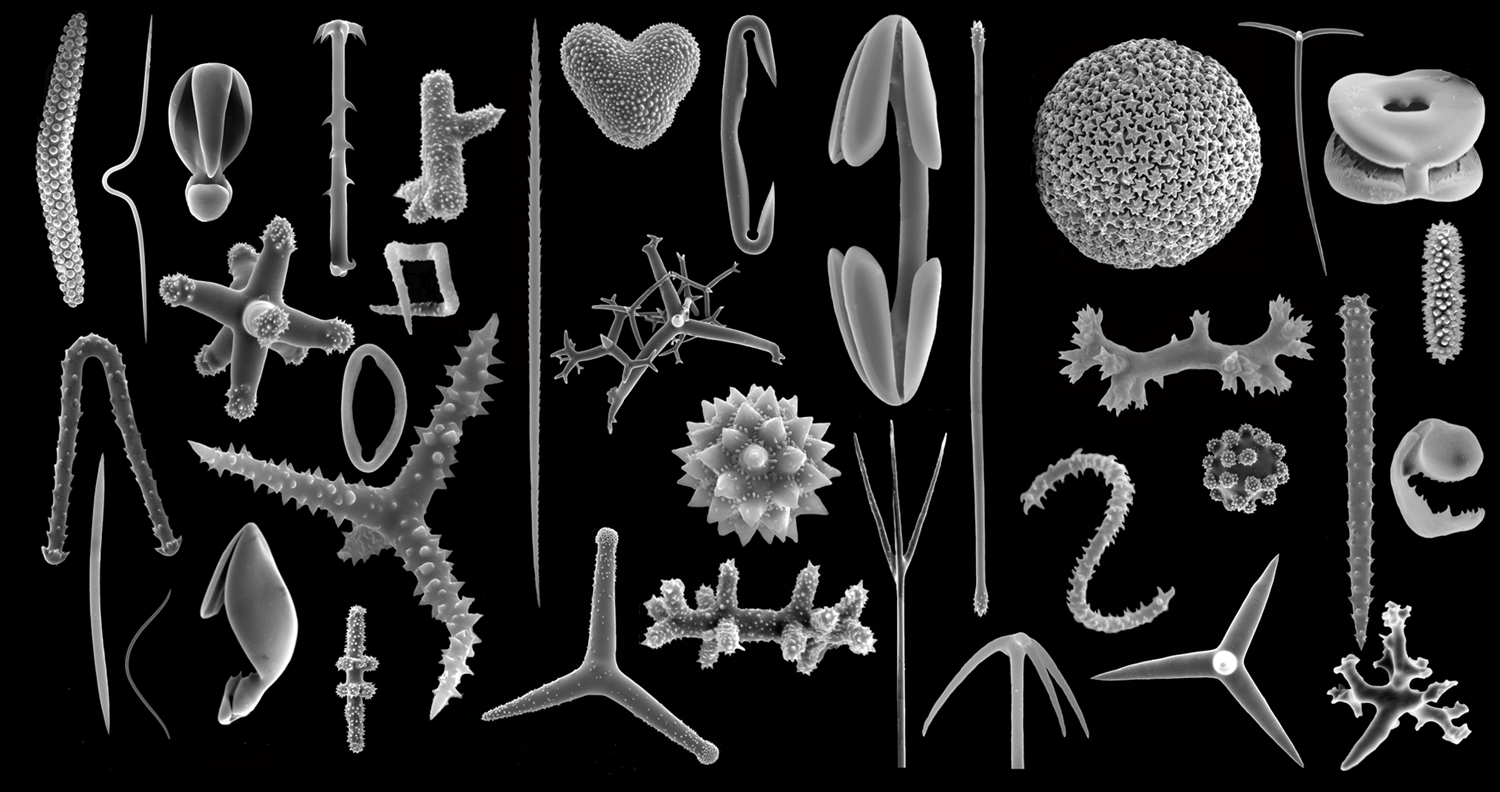 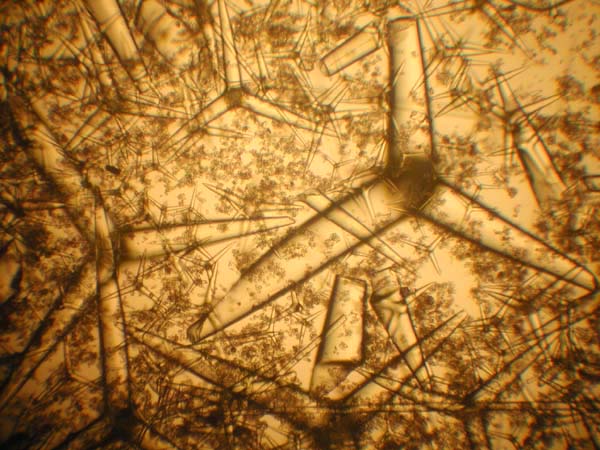 Spicules are formed by sclerocytes, which are derived from archaeocytes. The sclerocyte begins with an organic filament, and adds silica to it. Spicules are generally elongated at a rate of 1-10 μm per hour. Once the spicule reaches a certain length it protrudes from the sclerocyte cell body, but remains within the cell’s membrane. On occasion, sclerocytes may begin a second spicule while the first is still in progress.

Research on the ''Euplectella aspergillum'' (Venus' Flower Basket) demonstrated that the spicules of certain deep-sea sponges have similar traits to Optical fibre. In addition to being able to trap and transport light, these spicules have a number of advantages over commercial fibre optic wire. They are stronger, resist stress easier, and form their own support elements. Also, the low-temperature formation of the spicules, as compared to the high temperature stretching process of commercial fibre optics, allows for the addition of impurities which improve the refractive index. In addition, these spicules have built-in lenses in the ends which gather and focus light in dark conditions. It has been theorized that this ability may function as a light source for symbiotic algae (as with ''Rosella racovitzae'') or as an attractor for shrimp which live inside the Venus' Flower Basket. However, a conclusive decision has not been reached; it may be that the light capabilities are simply a coincidental trait from a purely structural element. Spicules funnel light deep inside sea sponges.