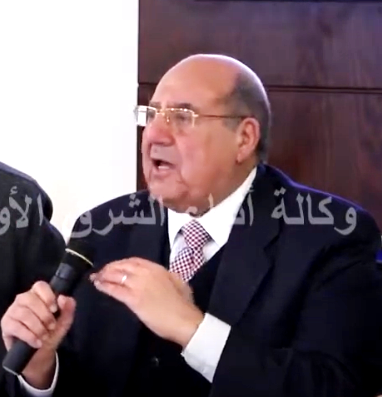 The Senate is the upper house of the
bicameral Bicameralism is the practice of having a legislature divided into two separate Deliberative assembly, assemblies, chambers, or houses, known as a bicameral legislature. Bicameralism is distinguished from unicameralism, in which all members deli ...
Parliament of Egypt The Parliament of Egypt is the Bicameralism, bicameral legislature of the Arab Republic of Egypt. It is composed of an upper house (the Senate (Egypt), Senate) and a lower house (the House of Representatives (Egypt), House of Representatives ...
since its introduction in the 2019 Egyptian constitutional referendum and the subsequent 2020 Egyptian Senate election.

The Shura Council comprised 264 members, two-thirds (176) of whom were elected by direct ballot, and the remaining third appointed by the President of the Republic. Half of all members were required to be farmers or workers.

Term of membership and activities

The term membership of the Shura Council was six years. However, renewed election and appointment of 50% of the total number of members was required every three years, and re-election and re-appointment was possible for those members whose terms were expiring. The Constitution provided many guarantees to protect the Council, including: * The Council may not be dissolved except by a Presidential decree and only in case of necessity. * Members of the Council have parliamentary immunity.

In accordance with the law, any candidate wishing to be elected to the Shura Council shall meet the following conditions: * Hold the Egyptian nationality as well as being the son/daughter of an Egyptian national. * Be not less than 35 years old upon election or nomination. * Have completed military service or be exempted therefrom. The Shura Council member is elected by the absolute majority of valid votes cast in the elections.

Although the powers of the Shura Council were not as extensive or effective as the People’s Assembly, its jurisdiction as provided by Articles (194) and (195) of the Constitutions of 1971 and 2012 covers the studying and proposing of what is deemed necessary to preserve the principles of the 23 July revolution and the 15 May 1971 Corrective Revolution. The Shura Council consulted on the following (Article 195): The council must ''ratify'': * Constitutional amendment bills. * All treaties or agreements affecting Egypt’s territorial integrity or sovereignty. In case of disagreements with the People’s Assembly, a combined committee is formed composed of both chambers’ chairmen and seven members from each chamber. The proposed bill is reconsidered in both chambers. If either still disagrees, the issue is once again in a joint session of both chambers to reach a common statement. The council is considered on a ''consultative'' capacity for: * Drafts, and general plans for social and economic development. * Bills referred to the Council by the President of the Republic. * All matters relating to the state’s general policy or international issues referred to the Shura Council by the President of the Republic. In this case, the council submitted its decision to the president and the People’s Assembly.

There are currently many recognized
political parties A political party is an organization that coordinates candidates to compete in a country's elections. It is common for the members of a political party to have similar ideas about politics, and parties may promote specific political ideology, ...
covering a broad political spectrum. However, the formation of political parties based on religion is prohibited by the
Constitution A constitution is an aggregate of fundamental principles or established precedents that constitute the legal basis of a polity, organisation An organization, or organisation ( Commonwealth English; see spelling differences), is an ...
. Opposition and political pressure groups, like the
Muslim Brotherhood The Society of the Muslim Brothers ( ar, جماعة الإخوان المسلمين'' ''), better known as the Muslim Brotherhood ( '), is a transnational Sunni Islamist organization founded in Egypt by Islamic scholar and schoolteacher Hassa ...
, are active in Egypt and make their views public, and they are represented at various levels in the political system. The November 2000 parliamentary elections are generally regarded to have been more transparent and better executed than past elections. This is due to the new law put into force establishing universal judicial monitoring of polling stations. On the other hand, opposition parties continue to lodge credible complaints about electoral manipulation by the government. There are significant restrictions on the political process and freedom of expression for non-governmental organizations, including professional syndicates and organizations promoting respect for
human rights Human rights are moral principles or normsJames Nickel, with assistance from Thomas Pogge, M.B.E. Smith, and Leif Wenar, 13 December 2013, Stanford Encyclopedia of PhilosophyHuman Rights Retrieved 14 August 2014 for certain standards of hum ...
.

On 19 August 2008, a huge fire seriously damaged most of the 19th-century palace that houses the Shura Council in
Cairo Cairo ( ; ar, القاهرة, al-Qāhirah, , Coptic: ⲕⲁϩⲓⲣⲏ) is the capital and largest city of Egypt. The Cairo metropolitan area, with a population of 21.3 million, is the 2nd largest in Africa and in the Arab world, and the ...
. At least thirteen people were hurt in the fire, which destroyed the parliamentary archive room and several meeting chambers. According to the Egyptian Channel 1, 99% of the documents were destroyed in the fire. On 21 November 2009, President Mubarak inaugurated the new Shura Council Building, which was renovated by Al Mokaweloon Al Arab.

*
Shura Shura ( ar, شُورَىٰ, ''shūrā'') is an Arabic word for "consultation". The Quran and the Prophet Muhammad in Islam, Muhammad encourage Muslims to decide their affairs in consultation with those who will be affected by that decision. The pr ...
* List of Speakers of the Shura Council