Secular humanism, often simply called humanism, is a philosophy or life stance that embraces human reason, secular ethics, and philosophical naturalism while specifically rejecting religious dogma, supernaturalism, and superstition as the basis of morality and decision making. Secular humanism posits that human beings are capable of being ethical and moral without religion or belief in a deity. It does not, however, assume that humans are either inherently good or evil, nor does it present humans as being superior to nature. Rather, the humanist life stance emphasizes the unique responsibility facing humanity and the ethical consequences of human decisions. Fundamental to the concept of secular humanism is the strongly held viewpoint that ideology—be it religious or political—must be thoroughly examined by each individual and not simply accepted or rejected on faith. Along with this, an essential part of secular humanism is a continually adapting search for truth, primarily through science and philosophy. Many secular humanists derive their moral codes from a philosophy of utilitarianism, ethical naturalism, or evolutionary ethics, and some advocate a science of morality. Humanists International is the world union of more than one hundred humanist, rationalist, irreligious, atheist, Bright, secular, Ethical Culture, and freethought organizations in more than 40 countries. The "Happy Human" is recognized as the official symbol of humanism internationally, used by secular humanist organizations in every part of the world. Those who call themselves humanists are estimated to number between four and five million people worldwide.

The meaning of the phrase ''secular humanism'' has evolved over time. The phrase has been used since at least the 1930s by Anglican priests, and in 1943, the then Archbishop of Canterbury, William Temple, was reported as warning that the "Christian tradition... was in danger of being undermined by a 'Secular Humanism' which hoped to retain Christian values without Christian faith." During the 1960s and 1970s the term was embraced by some humanists who considered themselves anti-religious, as well as those who, although not critical of religion in its various guises, preferred a non-religious approach. The release in 1980 of ''A Secular Humanist Declaration'' by the newly formed Council for Democratic and Secular Humanism (CODESH, later the Council for Secular Humanism, which with CSICOP in 1991 jointly formed the Center for Inquiry and in 2015 both ceased separate operations, becoming CFI programs) gave secular humanism an organisational identity within the United States; but no overall organisation involved currently uses a name featuring "secular humanism". However, many adherents of the approach reject the use of the word ''secular'' as obfuscating and confusing, and consider that the term ''secular humanism'' has been "demonized by the religious right... All too often secular humanism is reduced to a sterile outlook consisting of little more than secularism slightly broadened by academic ethics. This kind of 'hyphenated humanism' easily becomes more about the adjective than its referent". Adherents of this view, including Humanists International and the American Humanist Association, consider that the unmodified but capitalized word Humanism should be used. The endorsement by the International Humanist and Ethical Union (IHEU) of the capitalization of the word ''Humanism'', and the dropping of any adjective such as ''secular'', is quite recent. The American Humanist Association began to adopt this view in 1973, and the IHEU formally endorsed the position in 1989. In 2002 the IHEU General Assembly unanimously adopted the Amsterdam Declaration, which represents the official defining statement of World Humanism for Humanists. This declaration makes exclusive use of capitalized ''Humanist'' and ''Humanism'', which is consistent with IHEU's general practice and recommendations for promoting a unified Humanist identity. To further promote Humanist identity, these words are also free of any adjectives, as recommended by prominent members of IHEU. Such usage is not universal among IHEU member organizations, though most of them do observe these conventions.

Historical use of the term humanism (reflected in some current academic usage), is related to the writings of pre-Socratic philosophers. These writings were lost to European societies until Renaissance scholars rediscovered them through Muslim sources and translated them from Arabic into European languages. Thus the term humanist can mean a humanities scholar, as well as refer to The Enlightenment/ Renaissance intellectuals, and those who have agreement with the pre-Socratics, as distinct from secular humanists. 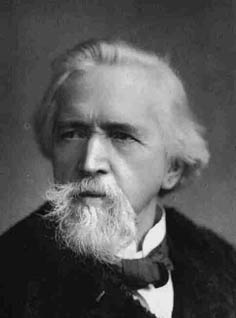 In 1851 George Holyoake coined the term "secularism" to describe "a form of opinion which concerns itself only with questions, the issues of which can be tested by the experience of this life". The modern secular movement coalesced around Holyoake, Charles Bradlaugh and their intellectual circle. The first secular society, the Leicester Secular Society, dates from 1851. Similar regional societies came together to form the National Secular Society in 1866.

Positivism and the Church of Humanity

Holyoake's secularism was strongly influenced by Auguste Comte, the founder of positivism and of modern sociology. Comte believed human history would progress in a "law of three stages" from a theological phase, to the "metaphysical", toward a fully rational "positivist" society. In later life, Comte had attempted to introduce a "religion of humanity" in light of growing anti-religious sentiment and social malaise in revolutionary France. This religion would necessarily fulfil the functional, cohesive role that supernatural religion once served. Although Comte's religious movement was unsuccessful in France, the positivist philosophy of science itself played a major role in the proliferation of secular organizations in the 19th century in England. Richard Congreve visited Paris shortly after the French Revolution of 1848 where he met Auguste Comte and was heavily influenced by his positivist system. He founded the London Positivist Society in 1867, which attracted Frederic Harrison, Edward Spencer Beesly, Vernon Lushington, and James Cotter Morison amongst others. In 1878, the Society established the Church of Humanity under Congreve's direction. There they introduced sacraments of the Religion of Humanity and published a co-operative translation of Comte's Positive Polity. When Congreve repudiated their Paris co-religionists in 1878, Beesly, Harrison, Bridges, and others formed their own positivist society, with Beesly as president, and opened a rival centre, Newton Hall, in a courtyard off Fleet Street. The New York City version of the church was established by English immigrant Henry Edger. The American version of the "Church of Humanity". was largely modeled on the English church. Like the English version it wasn't atheistic and had sermons and sacramental rites. At times the services included readings from conventional religious works like the Book of Isaiah. It was not as significant as the church in England, but did include several educated people.

Another important precursor was the ethical movement of the 19th century. The South Place Ethical Society was founded in 1793 as the South Place Chapel on Finsbury Square, on the edge of the City of London, and in the early nineteenth century was known as "a radical gathering-place". At that point it was a General Assembly of Unitarian and Free Christian Churches|Unitarian chapel, and that movement, like Quakers, supported female equality. Under the leadership of Reverend William Johnson Fox, it lent its pulpit to activists such as Anna Wheeler, one of the first women to campaign for feminism at public meetings in England, who spoke in 1829 on "rights of women". In later decades, the chapel changed its name to the South Place Ethical Society, now the Conway Hall Ethical Society. Today Conway Hall explicitly identifies itself as a humanist organisation, albeit one primarily focused on concerts, events, and the maintenance of its humanist library and archives. It bills itself as "The landmark of London’s independent intellectual, political and cultural life." In America, the ethical movement was propounded by Felix Adler, who established the New York Society for Ethical Culture in 1877. By 1886, similar societies had sprouted up in Philadelphia, Chicago and St. Louis. These societies all adopted the same statement of principles: *The belief that morality is independent of theology; *The affirmation that new moral problems have arisen in modern industrial society which have not been adequately dealt with by the world's religions; *The duty to engage in philanthropy in the advancement of morality; *The belief that self-reform should go in lock step with social reform; *The establishment of republican rather than monarchical governance of Ethical societies; *The agreement that educating the young is the most important aim. In effect, the movement responded to the religious crisis of the time by replacing theology with unadulterated morality. It aimed to "disentangle moral ideas from religious doctrines, metaphysical systems, and ethical theories, and to make them an independent force in personal life and social relations."