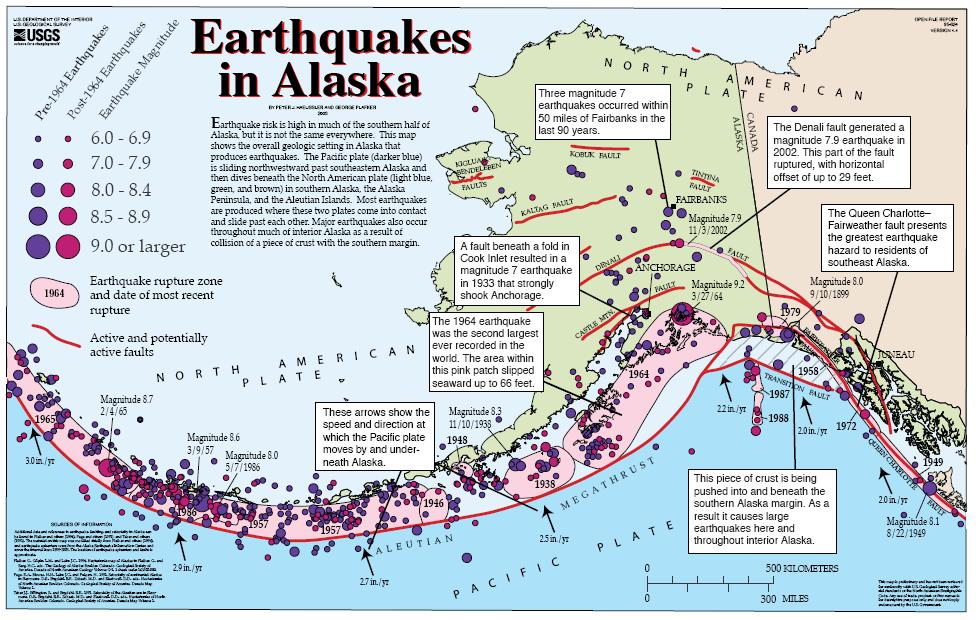 The Queen Charlotte Fault is an active
transform fault A transform fault or transform boundary is a fault along a plate boundary where the motion Image:Leaving Yongsan Station.jpg, 300px, Motion involves a change in position In physics, motion is the phenomenon in which an object changes its posi ...
that marks the boundary of the
North American North America is a continent entirely within the Northern Hemisphere and almost all within the Western Hemisphere. It can also be described as the northern subcontinent of the Americas. It is bordered to the north by the Arctic Ocean, to ...
and the Pacific Plates. It is
Canada Canada is a country in the northern part of North America. Its Provinces and territories of Canada, ten provinces and three territories extend from the Atlantic Ocean, Atlantic to the Pacific Ocean, Pacific and northward into the Arctic Ocea ... 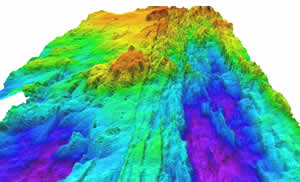 Significant earthquakes along the fault

Five large earthquakes have occurred along the Queen Charlotte Fault within the last hundred years: a Richter magnitude scale, magnitude 7 event in 1929, a 1949 Queen Charlotte earthquake, magnitude 8.1 occurred in 1949 (Canada's largest recorded earthquake since the 1700 Cascadia earthquake), a magnitude 7.8 in 1958, a magnitude 7.4 in 1970, and a magnitude 7.8 on Oct 27 2012 The P nodal focal mechanism for the 1949 Queen Charlotte Islands earthquake, 1949 earthquake indicates a virtually pure strike-slip movement with a northwest striking nodal plane corresponding to the strike of the fault. The 1970 earthquake did however show a similar strike-slip movement with a small but significant thrust component, consistent with relative plate motion. The 1949 earthquake was larger than the 1906 San Francisco earthquake, causing nearly a 500 kilometer long segment of the Queen Charlotte Fault to break. The 1958 Lituya Bay, Alaska earthquake and megatsunami, 1958 earthquake had a magnitude of 7.8 and led to a major landslide in Lituya Bay, Alaska. This resulted in a 1,720 feet tsunami that crashed into a mountainside, the largest recorded tsunami run up. A 2012 Haida Gwaii earthquake, 7.8 magnitude quake struck off the western coast of Haida Gwaii at around 8:10pm Pacific Time on Saturday 27 October 2012. This was the biggest quake in Canadian territory since 1949. Aftershocks as large as 6.3 were reported. A 45-cm tsunami was reported locally. Alerts were sent across the Pacific Basin. This earthquake did not have any major impacts, except for the temporary cessation of the hotsprings on Hotspring Island. The spring seems to have returned to borderline nominal functioning as of July 2014. This quake was remarkable for having been a Thrust fault, thrust, and not a Strike slip fault, strike-slip tremor, more like the mechanism of the Cascadia Subduction Zone to the south. Recent detailed seafloor mapping has revealed the expression of the Queen Charlotte Fault on the seafloor including the truncation of submarine canyons that occur along the continental slope.