''Psittacosaurus'' ( ; "parrot lizard") is a genus of extinct ceratopsian dinosaur from the Early Cretaceous of what is now Asia, existing between 126 and 101 million years ago. It is notable for being the most species-rich dinosaur genus. Up to 12 species are known, from across China, Mongolia, Siberia, and possibly Thailand and Laos. The species of ''Psittacosaurus'' were obligate bipeds at adulthood, with a high skull and a robust beak. One individual was found preserved with long filaments on the tail, similar to those of ''Tianyulong'', and scales across the rest of the animal. ''Psittacosaurus'' probably had complex behaviours, based on the proportions and relative size of the brain. It may have been active for short periods of time during the day and night, and had well-developed senses of smell and vision. ''Psittacosaurus'' was one of the earliest ceratopsians, but closer to ''Triceratops'' than ''Yinlong''. Once in its own family, Psittacosauridae, with other genera like ''Hongshanosaurus'', it is now considered to be senior synonym of the latter and an early offshoot of the branch that led to more derived forms. The genera closely related to ''Psittacosaurus'' are all from Asia, with the exception of ''Aquilops'', from North America. The first species was either ''P. lujiatunensis'' or closely related, and it may have given rise to later forms of ''Psittacosaurus''. ''Psittacosaurus'' is one of the most completely known dinosaur genera. Fossils of hundreds of individuals have been collected so far, including many complete skeletons. Most age classes are represented, from hatchling through to adult, which has allowed several detailed studies of ''Psittacosaurus'' growth rates and reproductive biology. The abundance of this dinosaur in the fossil record has led to the labelling of Lower Cretaceous sediments of east Asia the ''Psittacosaurus'' biochron. 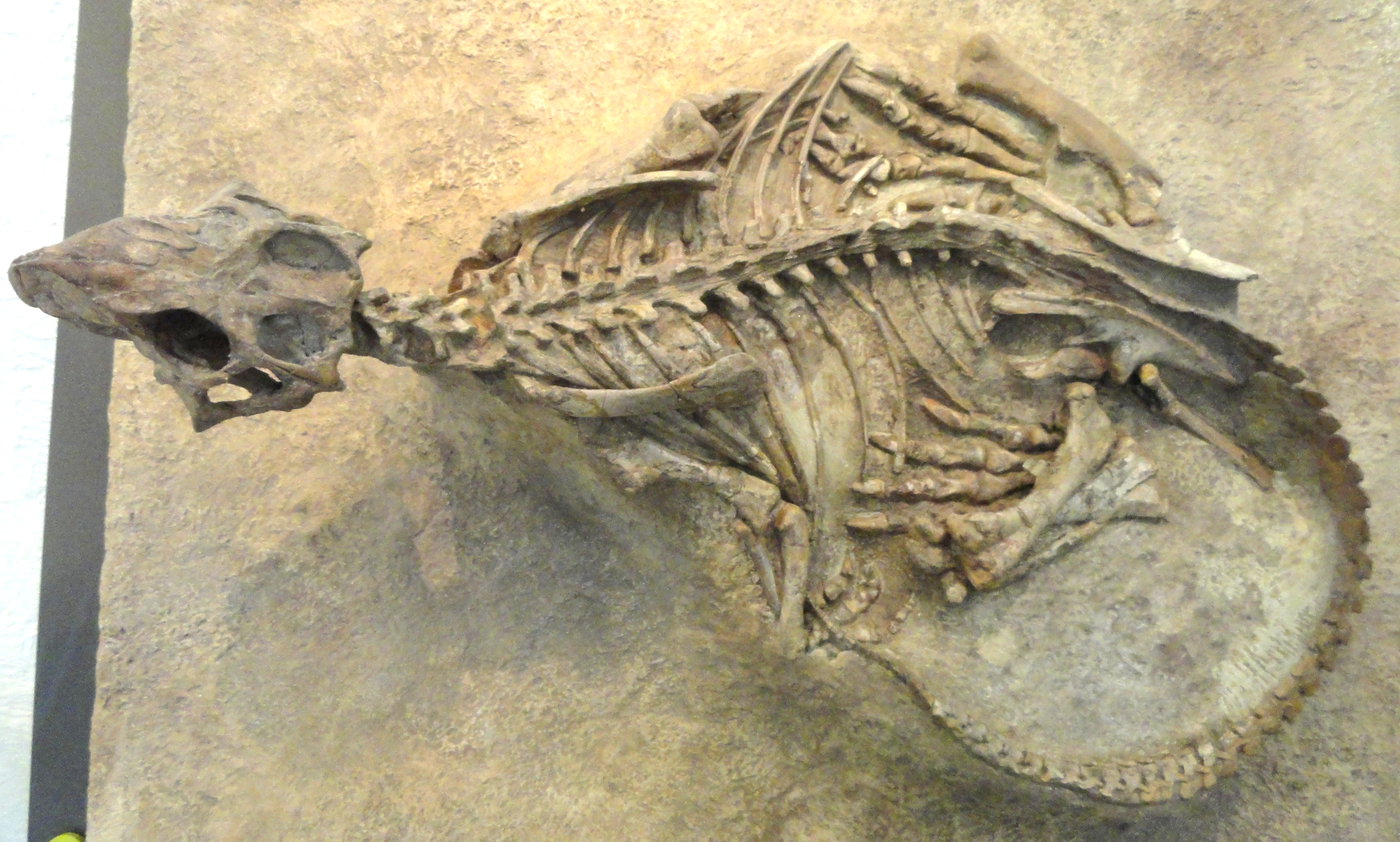 ''Psittacosaurus'' was first described as a genus in 1923, by Henry Fairfield Osborn. He named the type species ''P. mongoliensis'', for the location of its discovery in Mongolia, placing it in the new family Psittacosauridae. Remains of this dinosaur were first discovered the year before, on the third American Museum of Natural History expedition to the Gobi Desert of Mongolia, when one of the expedition's drivers, Wong, found the type specimen (AMNH 6254), which preserves a nearly complete skull, as well as a post cranial skeleton lacking sections of the limbs. This same expedition turned up the remains of many other famous Mongolian dinosaurs, including ''Protoceratops'', ''Oviraptor'', and ''Velociraptor''. Many later expeditions by various combinations of Mongolian, Russian, Chinese, American, Polish, Japanese, and Canadian paleontologists also recovered specimens from throughout Mongolia and northern China. In these areas, ''Psittacosaurus mongoliensis'' fossils are found in most sedimentary strata dating to the Aptian to Albian stages of the Early Cretaceous Period, or approximately 125 to 100 mya. Fossil remains of over 75 individuals have been recovered, including nearly 20 complete skeletons with skulls.