MCU Park (formerly KeySpan Park) is a minor league baseball stadium on the Riegelmann Boardwalk in Coney Island, Brooklyn, New York City. The home team and primary tenant is the New York Mets-affiliated Brooklyn Cyclones of the High-A East. The stadium has also hosted other teams as well. The NYU Violets Baseball team began playing at MCU Park in 2015, and the New York Cosmos soccer team of the NASL played the 2017 NASL season there. Rugby United New York of Major League Rugby began play in 2019 with MCU Park as its home field. The official seating capacity at MCU Park is 7,000, though the Cyclones sell up to 2,500 more standing-room tickets. Prior to 2016, the capacity was 7,500 plus 2,500 standing room. Features include a concourse with free-standing concession buildings and overhanging fluorescent lamps in different colors, evoking an amusement park atmosphere. In addition, the park overlooks the Atlantic Ocean as well as the Parachute Jump in right field, and the Wonder Wheel and Coney Island Cyclone in left field.

MCU Park stands on the old site of Steeplechase Park, an old-time Coney Island amusement park that closed in 1964 amid crime and general deterioration of Coney Island and of the subway routes that run to the area. MCU Park is accessible via the New York City Subway at the Coney Island–Stillwell Avenue station, served by the .

thumb|left|The stadium as KeySpan Park in 2001Part of a general reinvestment in the Coney Island neighborhood, the stadium opened in 2001 as KeySpan Park, which had a capacity of 6,500. The opening of the park, and the Cyclones' permanent move there from their prior temporary home in Queens, marked the return of professional baseball to Brooklyn—albeit on a minor-league level—for the first time since MLB's Brooklyn Dodgers had played their last game at Ebbets Field in 1957 before moving to California the following season. Demand for Cyclones tickets was so great that the team added 1,000 seats in a right-field bleacher pavilion within three weeks after the park opened. MCU Park and the Staten Island Yankees' Richmond County Bank Ballpark were paid for with public money, part of a deal that involved both the Mets and Yankees. The Yankees had to approve the arrival of the Cyclones, and the Mets had to approve a Yankee farm team in Staten Island. The two teams share MLB territorial rights to the New York City market, and have veto power over each other (and any other MLB organization). In October 2012, Hurricane Sandy hit Brooklyn and caused extensive damage to the ballpark, including the front office, clubhouses & team store. The entire playing surface, previously a natural grass field, had to be replaced with synthetic FieldTurf before the 2013 season.

The park's original name was part of a naming rights deal with KeySpan Energy, a utility company whose primary holding is the former Brooklyn Union Gas, until 2020. However, in 2007, KeySpan was acquired by United Kingdom-based National Grid plc, who retired the KeySpan name. On January 29, 2010, the Cyclones announced that they had ended the deal with National Grid, because the KeySpan name no longer existed. On February 4, 2010, it was announced that the Municipal Credit Union, the city's largest credit union, signed an agreement for the ballpark to be called MCU Park in an eleven-year naming rights deal.

MCU Park prohibits fans from bringing outside food into the stadium, a policy in every minor league stadium, but not in effect at Citi Field and Yankee Stadium. 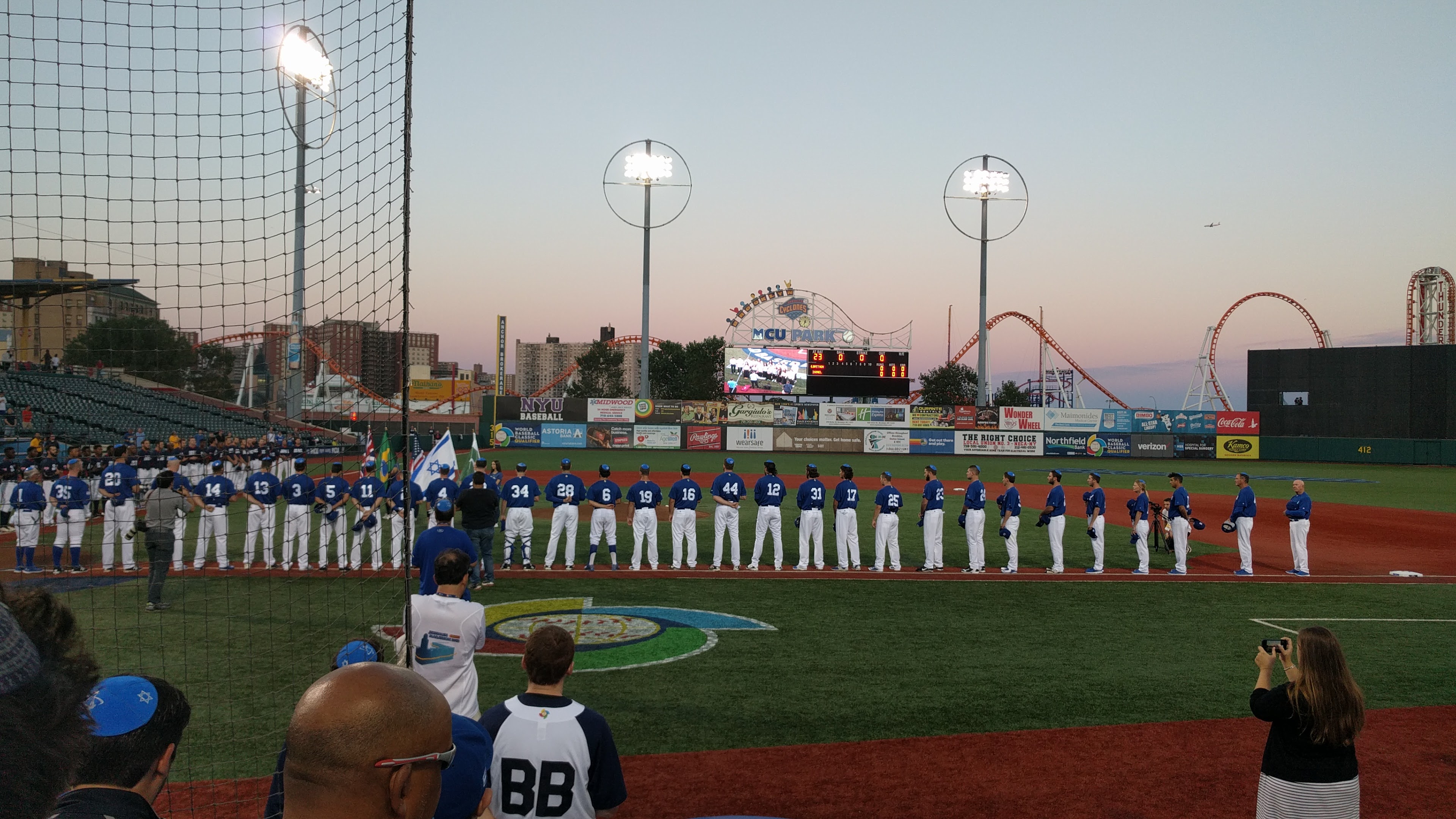 The 2014 season saw MCU Park host the New York–Penn League All Star Game. In early 2015, the New York University Violets moved in and made MCU Park their home stadium. In the process, they forced the St. Joseph's College Bears to move out. Baruch College plays a few games at MCU Park, as do a few high school teams. Following the 2015 season, a set of bleachers were removed, removing 500 seats from the ballpark. The area which housed the bleachers was turned into a picnic area. MCU Park hosted a qualifying round for the 2017 World Baseball Classic in September 2016. Israel won the Qualifier over Great Britain, Brazil & Pakistan. MCU Park served as the Mets' alternate training site in 2020 when the COVID-19 pandemic forced the cancellation of the Minor League Baseball campaign and the shortening of the Major League Baseball season. As part of the restructuring of Minor League Baseball over the 2020-21 offseason, it was announced the Cyclones would continue to operate in the Mets farm system, now their High-A team playing in the new High-A East.

In February 2017, the New York Cosmos officially announced they would host their home games at MCU Park for the 2017 NASL season. The Cosmos had previously used MCU Park as a home field: once for a regular season match against the Ottawa Fury and once for a post season match against the Fort Lauderdale Strikers, both in 2015. The NASL cancelled its 2018 season, and the Cosmos later announced they will move to Mitchel Athletic Complex in Nassau County for their 2019 home games.

The Brooklyn Bolts played their home games at MCU Park during the 2014 and 2015 Fall Experimental Football League seasons before folding. The football field was positioned in the outfield.

On August 7, 2018, Rugby United New York announced that it would play its inaugural Major League Rugby season in 2019 at MCU Park. The rugby pitch is laid out predominantly across left and center field, with part of the left side of the infield included.