The International Bureau of Weights and Measures (french: Bureau international des poids et mesures, BIPM) is an intergovernmental organisation, through which its 59 member-states act together on measurement standards in four areas: chemistry, ionising radiation, physical metrology, and co-ordinated universal time. It is based in Saint-Cloud in western Paris, France. The organisation has been referred to as IBWM (from its name in English) in older literature.

The BIPM is supervised by the International Committee for Weights and Measures (french: Comité international des poids et mesures, CIPM), a committee of eighteen members that meet normally in two sessions per year, which is in turn overseen by the General Conference on Weights and Measures (french: Conférence générale des poids et mesures, CGPM) that meets in Paris usually once every four years, consisting of delegates of the governments of the Member States and observers from the Associates of the CGPM. These organs are also commonly referred to by their French initialisms.

The BIPM was created on 20 May 1875, following the signing of the Metre Convention, a treaty among 17 Member States ( there are now 59 members). It is based at the Pavillon de Breteuil in Saint-Cloud, France, a site (originally ) granted to the Bureau by the French Government in 1876. Since 1969 the site of the Pavillon de Breteuil is considered international territory and the BIPM has all the rights and privileges accorded to an intergovernmental organisation. The status was further clarified by the French decree No 70-820 of 9 September 1970.

The BIPM has the mandate to provide the basis for a single, coherent system of measurements throughout the world, traceable to the International System of Units (SI). This task takes many forms, from direct dissemination of units to coordination through international comparisons of national measurement standards (as in electricity and ionising radiation). Following consultation, a draft version of the BIPM Work Programme is presented at each meeting of the General Conference for consideration with the BIPM dotation. The final programme of work is determined by the CIPM in accordance with the dotation agreed by the CGPM. Currently, main work of the BIPM includes: * scientific and technical activities carried out in its four departments: chemistry, ionising radiation, physical metrology, and time; * liaison and coordination work, including providing the secretariat for the CIPM Consultative Committees and some of their Working Groups and for the CIPM MRA, and providing institutional liaison with the other bodies supporting the international quality infrastructure and other international bodies; * capacity building and knowledge transfer programs that aim to increase the effectiveness within the worldwide metrology community of those Member State and Associates with emerging metrology systems; * a resource centre providing database and publications for international metrology. The BIPM is one of the twelve member organisations of the International Network on Quality Infrastructure (INetQI), which promotes and implements QI activities: metrology, accreditation, standardisation and conformity assessment. The BIPM has an important role in maintaining accurate worldwide time of day. It combines, analyses, and averages the official atomic time standards of member nations around the world to create a single, official Coordinated Universal Time (UTC). 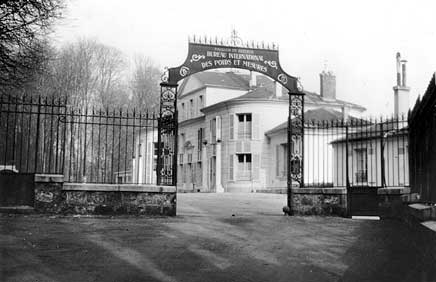 Since its establishment, the directors of the BIPM have been: