tablets found at Hattusa ( CTH 291-292, listing 200 laws). Copies have been found written in Old Hittite as well as in Middle and Late Hittite, indicating that they had validity throughout the duration of the
Hittite Empire The Hittites () were an Anatolian people who played an important role in establishing an empire centered on Hattusa in north-central Anatolia Anatolia,, tr, Anadolu Yarımadası), and the Anatolian plateau. also known as Asia Minor, i ... 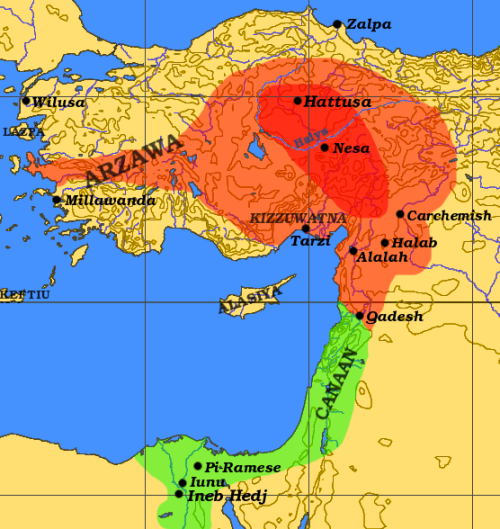 The laws are formulated as case laws; they start with a condition, and a ruling follows, e.g. ''"If anyone tears off the ear of a male or female slave, he shall pay 3
shekel Shekel or sheqel ( Phoenician: , he, שקל, plural or shekels; akk, 𒅆𒅗𒇻 ''šiqlu'' or ''siqlu'') is an ancient Near Eastern coin, usually of silver Silver is a chemical element with the Symbol (chemistry), symbol Ag (from th ...
s of silver".'' The laws show an aversion to the
death penalty Capital punishment, also known as the death penalty, is the state-sanctioned killing of a person as punishment for a crime. The sentence ordering that someone is punished with the death penalty is called a death sentence, and the act of ca ...
; the usual penalty for serious offenses being enslavement to forced labour. They are preserved on two separate tablets, each with approximately 200 clauses, the first categorised as being ‘of a man’; the second ‘of a vine’; a third set may have existed. The laws may be categorised into eight groups of similar clauses. These are separated for the most part by two types of seemingly orphaned clauses: Sacral or incantatory clauses, and afterthoughts. These eight main groups of laws were: * I Aggression and
assault An assault is the act of inflicting physical harm or unwanted physical contact upon a person or, in some specific legal definitions, a threat or attempt to commit such an action. It is both a crime and a tort and, therefore, may result in crimi ...
: Clauses 1 - 24 * II
Marital relationship in Stockholm Marriage, also called matrimony or wedlock, is a culturally recognised union between people, called spouses, that establishes rights and obligations between them, as well as between them and their children, and between them ...
s: Clauses 26 - 38 * III Obligations and service - TUKUL: Clauses 39 - 56 * IV Assaults on property and
theft Theft is the taking of another person's property or Service (economics), services or scrap money without that person's permission or consent with the intent to deprive the rightful owner of it.''Criminal Law – Cases and Materials'', 7th ed. 2 ...
: Clauses 57 - 144 * V Contracts and prices: Clauses 145 - 161 * VI Sacral matters: Clauses 162 - 173 * VII
Contract A contract is a legally binding document between at least two parties that defines and governs the rights and duties of the parties to an agreement. A contract is legally enforceable because it meets the requirements and approval of the law. A ...
s and
tariff A tariff is a tax imposed by a government A government is the system or group of people governing an organized community, generally a State (polity), state. In the case of its broad associative definition, government normally consis ...
s: Clauses 176 - 186 * VIII Sexual relationships - HURKEL: Clauses 187 - 200 ** Including the criminalisation of bestiality (except with horses and mules). The death penalty was a common punishment among sexual crimes. The Hittite laws were kept in use for some 500 years, and many copies show that, other than changes in grammar, what might be called the 'original edition' with its apparent disorder, was copied slavishly; no attempt was made to 'tidy up' by placing even obvious afterthoughts in a more appropriate position. This corpus and the classification scheme is based on findings arising out of a Master of Arts degree taken at the University of Queensland by N H Dewhirst, supervised by Dr Trevor Bryce in 2004. Changes were apparently made to penalties at least twice: firstly, the ''kara – kinuna'' changes, which generally reduced the penalties found in a former, but apparently unpreserved, 'proto-edition'; and secondly, the ‘Late Period’ changes to penalties in the already-modified Old Hittite version.