Gabrielle Roy (March 22, 1909July 13, 1983) was a Canadian author from St. Boniface, Manitoba and one of the major figures in French Canadian literature.

Roy was born in 1909 in Saint Boniface (now part of Winnipeg), Manitoba, and was educated at the Académie Saint-Joseph. She lived on rue Deschambault, a house and neighbourhood in Saint Boniface that would later inspire one of her most famous works. The house is now a National Historic Site and museum in Winnipeg.

After training as a teacher at The Winnipeg Normal School, she taught in rural schools in Marchand and Cardinal and was then appointed to the Institut Collégial Provencher in Saint Boniface. With her savings she was able to spend some time in Europe, but was forced to return to Canada in 1939 at the outbreak of World War II. She returned with some of her works near completion, but settled in Quebec to earn a living as a sketch artist while continuing to write. 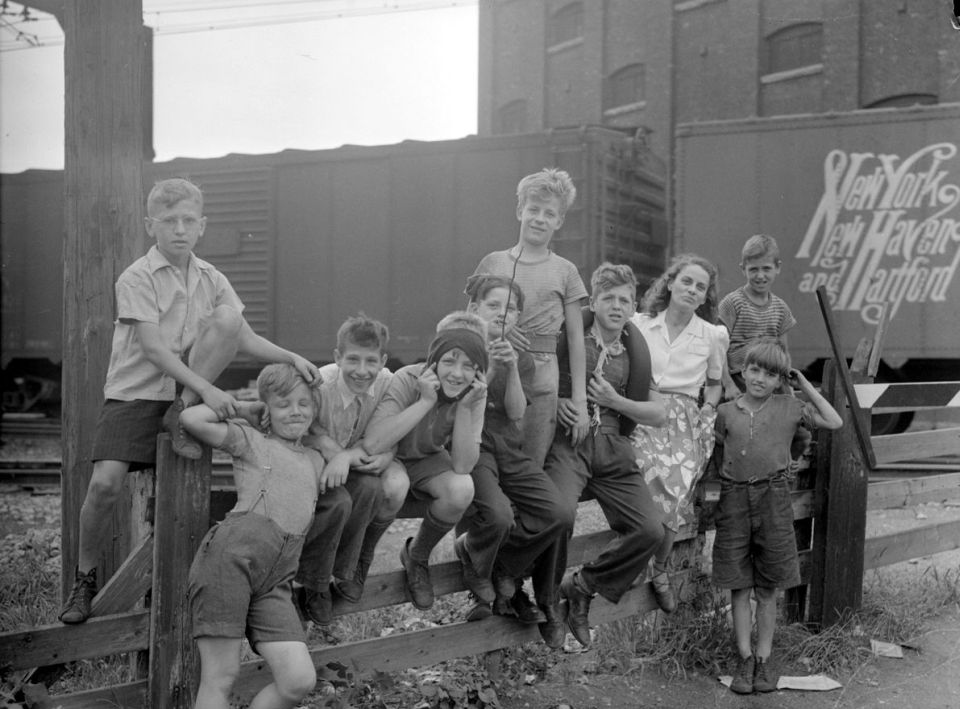 Her first novel, ''Bonheur d'occasion'' (1945), gave a starkly realistic portrait of the lives of people in Saint-Henri, a working-class neighbourhood of Montreal. The novel caused many Quebeckers to take a hard look at themselves, and is regarded as the novel that helped lay the foundation for Quebec's Quiet Revolution of the 1960s. The original French version won her the prestigious Prix Femina in 1947. Published in English as ''The Tin Flute'' (1947), the book won the 1947 Governor General's Award for fiction as well as the Royal Society of Canada's Lorne Pierce Medal. Distributed in the United States, where it sold more than three-quarters of a million copies, the Literary Guild of America made ''The Tin Flute'' a feature book of the month in 1947. The book garnered so much attention that Roy returned to Manitoba to escape the publicity. There are two French versions of ''Bonheur d'occasion''. The first was published in 1945 by Société des Éditions Pascal in two volumes. This version was translated in 1947 by Hannah Josephson, who removed several short passages from the English version. In 1965, Librairie Beauchemin published an abridged French version eliminating a number of passages. This second version was translated by Alan Brown in 1980. As a result, there has never been an unabridged version of ''The Tin Flute'' published in English. In August 1947, she married Marcel Carbotte, a Saint Boniface doctor, and the couple set off for Europe where Carbotte studied gynecology and Roy spent her time writing. ''Where Nests the Water Hen'', Gabrielle Roy's second novel, is a sensitive and sympathetic tale that captures both the innocence and the vitality of a sparsely populated frontier. Another of her novels brought additional critical acclaim. ''Alexandre Chenevert'' (1954), is a dark and emotional story that is ranked as one of the most significant works of psychological realism in the history of Canadian literature. She is considered by many to be one of the most important Francophone writers in Canadian history and one of the most influential Canadian authors. In 1963, she was on a panel that gave the Montreal World's Fair, Expo 67, its theme: ''Terre des hommes'' or in English ''Man and His World''. It was her suggestion to use Antoine de Saint-Exupéry's 1939 book title as the organizing theme. In 2016, Margaret Atwood, who had read her books as a teenager, wrote an essay about her career, and noted that her works were still more relevant than ever. Gabrielle Roy died in 1983 at the age of seventy-four. Her autobiography, ''La Détresse et l'enchantement'', was published posthumously and translated in 1984 by Patricia Claxton, a prominent Quebec translator who is considered the primary translator of Gabrielle Roy's works from French to English. Her translation of Gabrielle Roy's autobiography, translated into English as ''Enchantment and Sorrow'' was awarded the Governor General's Award in 1987. The autobiography covers the years from Gabrielle Roy's childhood in Manitoba to the time when she settled in Quebec. The movie ''Tramp at the Door'' is dedicated to her and supposedly depicts her childhood. Patricia Claxton won her second Governor General's Award in 1999 for translating François Ricard's biography of Gabrielle Roy. thumb|alt=|Bibliothèque Gabrielle Roy

* 1946 – La Médaille de l'académie des lettres du Québec * 1947 – Prix Femina for ''Bonheur d'occasion'' (''The Tin Flute'') * 1947 – Governor General's Award for Fiction for ''The Tin Flute'' * 1947 – Royal Society of Canada's Lorne Peace Medal for ''The Tin Flute'' * 1967 – Companion of the Order of Canada * 1979 – ''Courte-Queue'', book design and illustrations by François Olivier, was awarded the Canada Council Children's Literature Prize (translated by Alan Brown in 1980 as ''Cliptail''). * 2004 – On September 29, 2004, the Bank of Canada issued a $20 bank note in the Canadian Journey Series which included a quotation from her 1961 book ''The Hidden Mountain'' (''La Montagne secrète''), and its English translation by Harry Binsse. * 2007 – ''Children of My Heart'' was selected for the 2007 edition of ''Canada Reads'' She won the Governor General's Award three times, the Prix David twice, the Prix Duvernay and the Molson Prize. The National Library of Canada (now Library and Archives Canada) has preserved a collection of her materials covering the years 1940 to 1983, including manuscripts, typescripts, galleys of published and unpublished works such as ''La Rivière sans repos'', ''Cet été qui chantait'', ''Un jardin au bout du monde'', ''Ces enfants de ma vie'', and ''La Détresse et l'enchantement'', as well as business and personal correspondence, business records, and memorabilia.

Schools and a campus named in her honour

Excerpt from ''Children of My Heart''
at CBC Words at Large
Bank of Canada – Canadian Journey Series, 2004, $20, back: text from "La Montagne secrète"