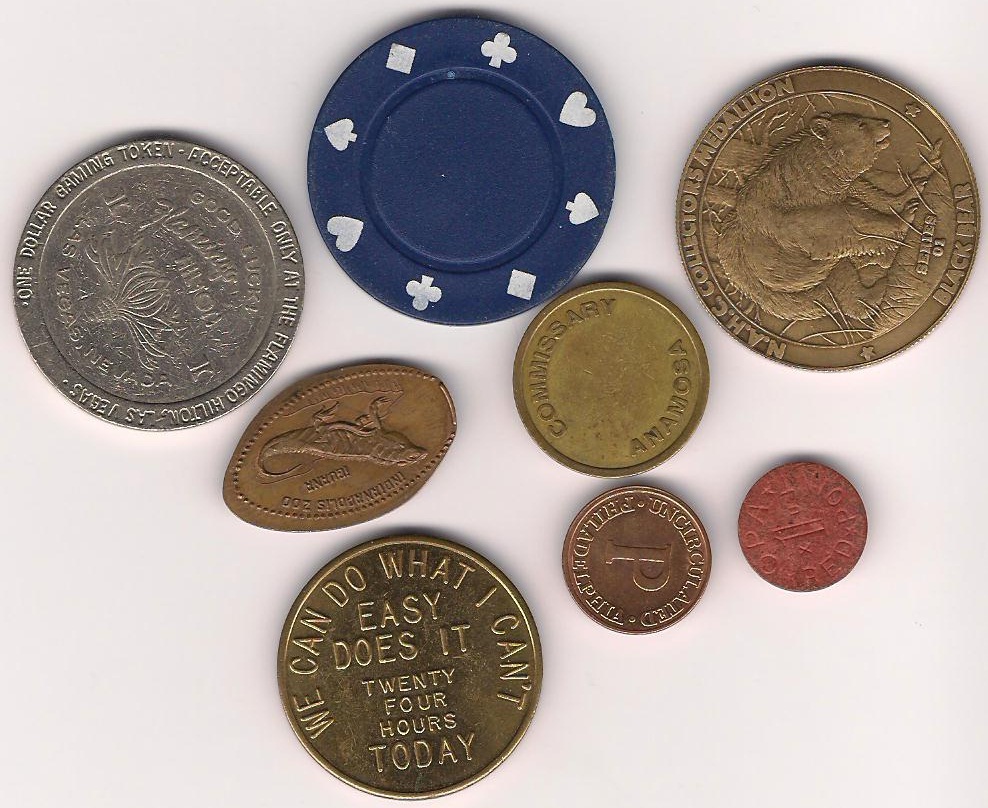 Exonumia are numismatic items (such as tokens, medals, or scrip) other than coins and paper money. This includes "Good For" tokens, badges, counterstamped coins, elongated coins, encased coins, souvenir medallions, tags, wooden nickels and other similar items. It is related to numismatics (concerned with coins which have been legal tender), and many coin collectors are also exonumists. Besides the above strict definition, others extend it to include non-coins which may or may not be legal tenders such as cheques, credit cards and similar paper. These can also be considered notaphily or scripophily.

The noun ''exonumia'' is derived from two classical roots: ''exo'', meaning "out-of" in Greek, and ''nummus'', meaning "coin" in Latin (from Greek νοῦμμος – ''noummos'', "coin"); thus, "outideof-he categoryoins". Usually, the term "exonumia" is applied to these objects in the United States, while the equivalent British term is paranumismatica. The words ''exonumist'' and ''exonumia'' were coined in July 1960 by Russell Rulau, a recognized authority and author on the subject, and accepted by Webster's dictionary in 1965.

Forms of exonumia: tokens and medals

Many exonumia items were used as currency in the United States when actual money was not easily available in the economy. A notable exception to this definition are medals, which were generally not used as currency or exchange. See the "for clarification" section below for distinctions between various branches of exonumia. Tokens were used both to advertise and to facilitate commerce. Token authority Russell Rulau offers a broad definition for exonumia, and lines between categories can be fuzzy. For example, an advertising token may also be considered a medal. Good For tokens may also advertise. Counter-stamped coins have been called "little billboards." Strictly, exonumia is anything not a governmental issue coin. This could almost mean anything coin-like. The English term "Para-numismatica", or alongside currency, appears more limiting, hinting that tokens must have some sort of “value” or monetary usage. One definition of Para-numismatica is anything coin-like but not a coin. In America this is not the accepted usage. Rulau's 1040 page tome, ''UNITED STATES TOKENS: 1700–1900'' includes many tokens without any monetary value depicted on the token. While he included many items, some types of exonumia were not included just so the book would not get any bigger. The following groupings of categories are continually expanding. One way of parsing tokens is into these three general categories: * Has a "value," facilitating commerce, such as ''Good for (something)''. * Commemoration, remembrance, dedication, or the like, for some person, place, idea or event. * Of a ''personal nature''. Typically, catalogs of tokens are organized by location, time period, and/or type of item. Historically, the need for tokens grew out of the need for currency. In America, some tokens legally circulated alongside or instead of currency up until recently. Hard Times Tokens and Civil War Tokens each were the size of the contemporary cent. Afterwards, value based items, such as ''Good for (amount of money)'', ''Good for One Quart of Milk'', ''Good for One Beer'', ''Good for One Ride…'' and others were specifically linked to commerce of the store or place of issue. For clarity, exonumia are actual numismatic items (other than government coins or paper money) which can be studied or collected. Numismatic = coins, paper money, exonumia (numismatist)
Exonumia = tokens, medals, badges, ribbons, etc. (exonumist)
Notaphily = paper money (notaphile/notaphiliac).
Scripophily = stock certificates (scripophilist, scripophilac)
Medals have a clear distinction from tokens in that there is no monetary value on the item, nor any intent to be used as money. (medalist) Exonumists are attentive to not only the history behind the items but their shapes and what types of items they are.

Exonumia that is studied and collected 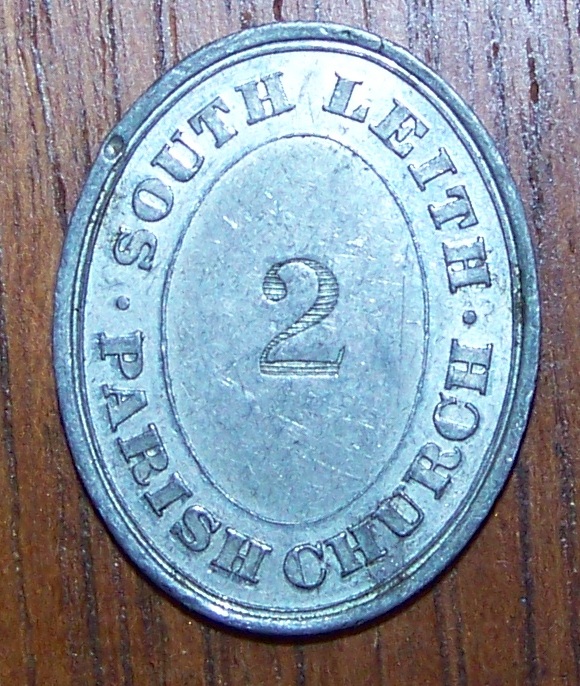 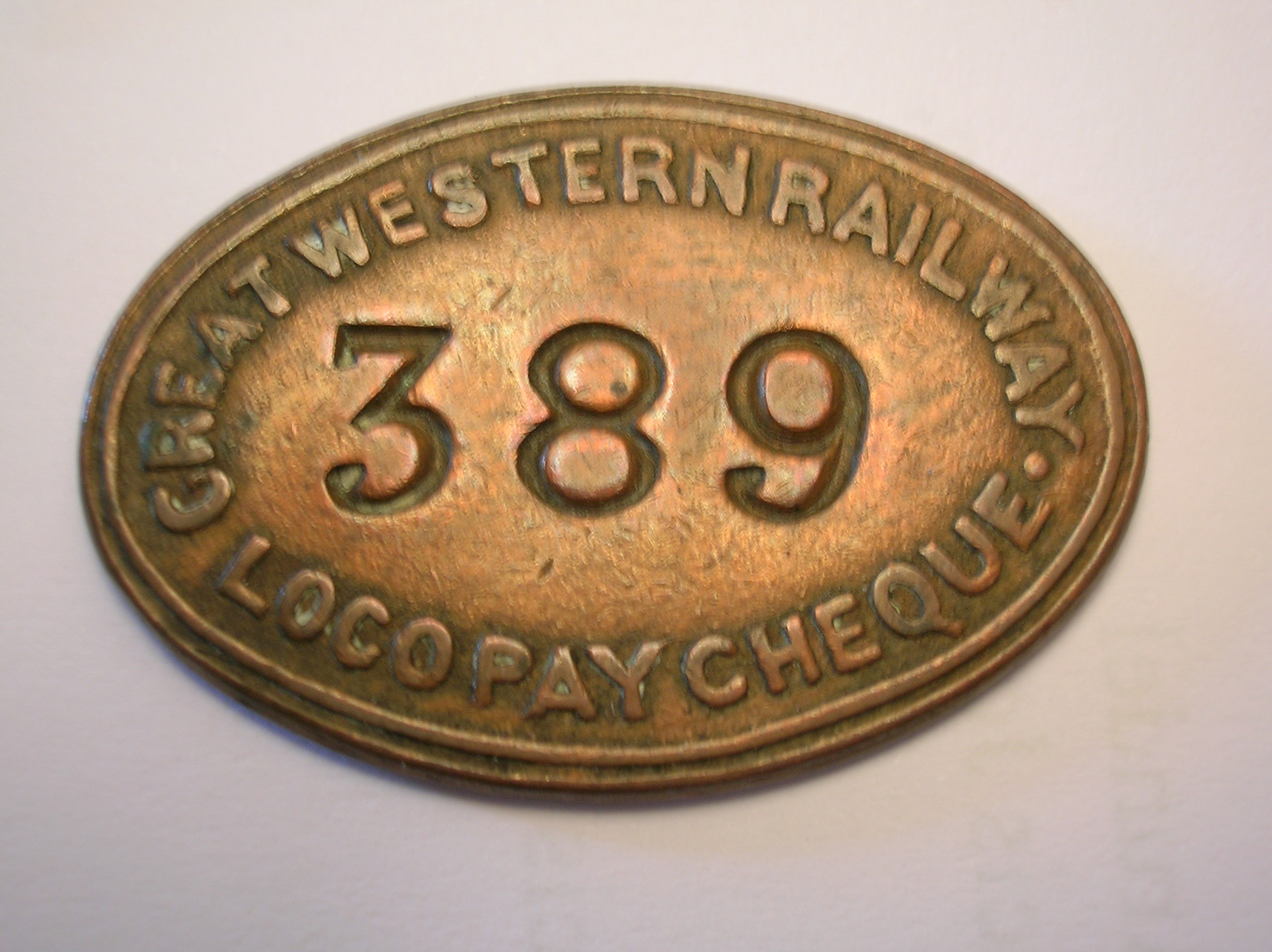 ''By Issuer or for a Specific Person'' * Milk/dairy * Bakery token * Beer * Pub/bar/saloon * Billiards/pool * Cigar/smoke shops * Restroom tokens for pay toilet use * Doctors (including Apothecary tokens) * Automobiles * George Washington medals * Presidents, governors, other politicians * Inventors and other important persons ''Modern items'' under the exonumia umbrella include: * Credit cards * Gift cards: Gift cards have been replacing the giving of cash for events * Telephone cards * Music cards Rulau in his 1700–1900 book historically breaks down American tokens into these general time periods: * Early American * Hard times tokens were made during the "hard times" after President Andrew Jackson shut down the Second Bank of the United States. These also were issued privately to circulate in the local economy as a one cent coin. They had a wide variety of subject matter, anti-slavery, anti-Jackson * Merchant (including modern Gas Tokens, ex: Shell tokens) * American Civil War * Trade tokens * Gay 90s Even though the following are legitimate categories for exonumia, they are not included in the 1700–1900 reference. * Amusement tokens * Military * Prison * Telephone tokens * Political campaign tokens * Transportation tokens * Medals 33mm and larger * And others (ex: Fisherman tokens, SEX tokens) Typical ways exonumists may collect these items are by region, topic, type, shape or material. These different collecting preferences may change the ways tokens are documented. Frequently there are guides for particular states (by Region), but conversely the guide could document National or International amusement tokens (Type) The general distinction between Tokens from Medals is that medals (both privately minted and minted by governments,) primarily do not have an actual monetary amount or 'value' but generally are a commemoration of people, ideals, or places. Various organizations:
TAMS (Token And Medal Society)
* CWTS (Civil War Token Society) * MichTAMS (Michigan Token And Medal Society)


Other forms in Latin America

right|thumb|Copper trade token of Durfee & Peck, Indian traders on Missouri River in various locations, circa 1869 Another important area of token collecting is Latin American coffee or plantation tokens. Many but not all of these tokens were made in the United States while others were made in Europe and England. These tokens are circulated in more than one language although Spanish is the prevalent one. Plantation tokens can have an array of denominations and names. The name can be the owner or their relatives. Sometimes the token can have the name of the farm (or finca). Lastly, tokens had allegorical symbols to identify the owner. Very little documentation exists since the inception of Latin American tokens, therefore, many tokens cannot be verified as to who the real owner is or what the symbol or symbols meant. Tokens in Latin America were used as currency since there was not enough official currency available. Customarily, workers could convert the tokens to official currency on Saturdays. It is widely understood that many plantation owners in Latin America had their own commissaries, therefore, the workers were able to use the farm owners tokens to pay for provisions. It is important to note that in the 19th century many of the plantation workers and families lived in the farm they worked on. Latin American tokens were made in all types of base metals and alloys plus plastic, celluloid and bakelite. Unique to Costa Rica were tokens made in paper fashion, either uniface or printed on both sides. Many people call these paper chits. The word "Boleto" is used solely in Costa Rica for the word token whereas "ficha" is used in the rest of Latin America.

Token Tales
an educational website on trade tokens
Médailles Jeanne d’Arc
French site containing pictures and descriptions of Medallions devoted to Joan of Arc * ''Latin American Tokens: An Illustrated, Priced Catalog of the Unofficial Coinage of Latin America—Used in Plantation, Mine, Mill, and Dock—From 1700 to the 20th Century'' by Russell Rulau