Click Here for Items Related To - Church of the Holy Sepulchre


The Church of the Holy Sepulchre, hy|Սուրբ Հարության տաճար, la|Ecclesia Sancti Sepulchri, am|የቅዱስ መቃብር ቤተክርስቲያን, he|כנסיית הקבר, ar|كنيسة القيامة is a church in the Christian Quarter of the Old City of Jerusalem. It contains, according to traditions dating back to the fourth century, the two holiest sites in Christianity: the site where Jesus was crucified, at a place known as Calvary or Golgotha, and Jesus's empty tomb, where he is believed by Christians to have been buried and resurrected. The tomb is enclosed by a 19th-century shrine called the Aedicula. The Status Quo, an understanding between religious communities dating to 1757, applies to the site. Within the church proper are the last four (or, by some definitions, five) stations of the Via Dolorosa, representing the final episodes of the Passion of Jesus. The church has been a major Christian pilgrimage destination since its creation in the fourth century, as the traditional site of the resurrection of Christ, thus its original Greek name, Church of the Anastasis ('Resurrection'). Today, the wider complex around the Church of the Holy Sepulchre also serves as the headquarters of the Greek Orthodox patriarch of Jerusalem, while control of the church itself is shared among several Christian denominations and secular entities in complicated arrangements essentially unchanged for over 160 years, and some for much longer. The main denominations sharing property over parts of the church are the Greek Orthodox, Roman Catholic and Armenian Apostolic, and to a lesser degree the Coptic Orthodox, Syriac Orthodox and Ethiopian Orthodox. 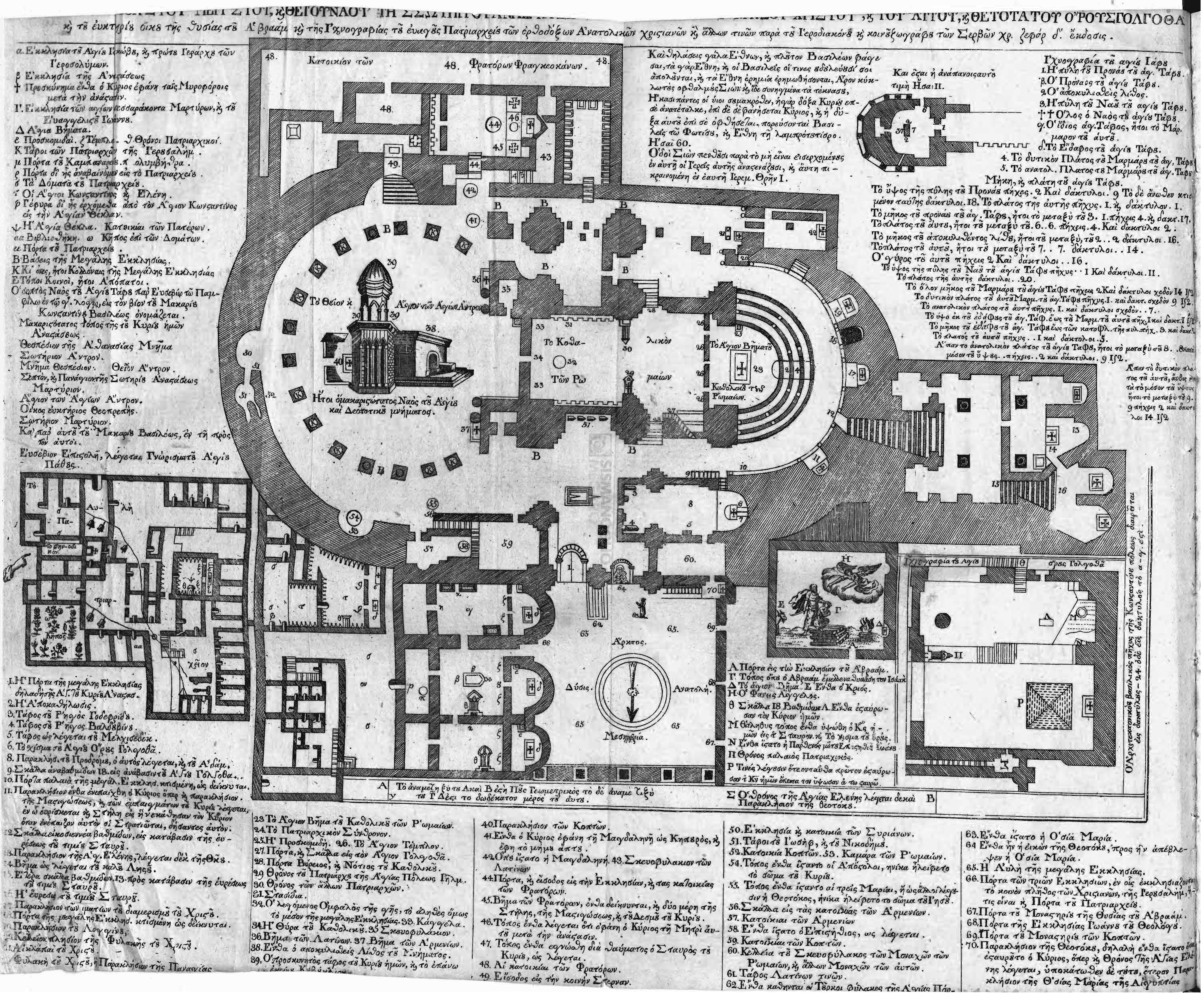 Following the siege of AD 70 during the First Jewish–Roman War, Jerusalem had been reduced to ruins. In AD 130, the Roman emperor Hadrian began the building of a Roman colony, the new city of ''Aelia Capitolina'', on the site. Circa AD 135, he ordered that a cave containing a rock-cut tomb be filled in to create a flat foundation for a temple dedicated to Jupiter or Venus.