The professional American football team now known as the Arizona Cardinals previously played in Chicago, Illinois, as the Chicago Cardinals from 1920 to 1959 before relocating to St. Louis, Missouri, for the 1960 through 1987 seasons. Roots can be traced to 1898, when Chris O'Brien established an amateur Chicago-based athletic team, the Morgan Athletic Club. O'Brien later moved them to Chicago's Normal Park and renamed them the Racine Normals, then adopting the maroon color from the University of Chicago uniforms. In the 1920s the Cardinals became part of a professional circuit in Chicago. The Cardinals, along with the Chicago Bears, were founding members of the National Football League in 1920. Both teams are the only two surviving teams from that era. The Bears and the Cardinals also developed a rivalry during those NFL first years. After some irregular campaigns during the 1950s, the Cardinals were largely overshadowed by the Bears in Chicago and almost fell into bankruptcy. After some efforts to buy the Cardinals, a group of investors including Lamar Hunt, Bud Adams, Bob Howsam and Max Winter, joined forces to form the American Football League to compete with National Football League. The Cardinals would later move to St. Louis, Missouri, beginning with the 1960 season. 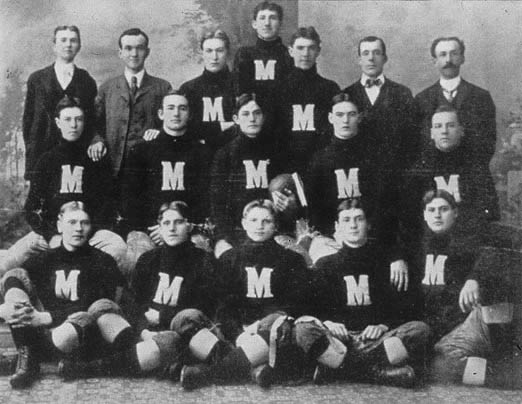 In 1898, Chicago painting and building contractor Chris O'Brien established an amateur Chicago-based athletic club football team named the "Morgan Athletic Club". O'Brien later moved them to Chicago's Normal Park and renamed them the "Racine Normals", since Normal Park was located on Racine Avenue in Chicago. In 1901, O'Brien bought used maroon uniforms from the University of Chicago, the colors of which had by then faded, leading O'Brien to exclaim, "That's not maroon; it's cardinal red!" It was then that the team changed its name to the "Racine Street Cardinals". The original Racine Street Cardinals team disbanded in 1906 mostly for lack of local competition. A professional team under the same name formed in 1913, claiming the previous team as part of their history. As was the case for most professional football teams in 1918, the team was forced to suspend operations for a second time due to World War I and the outbreak of the Spanish flu pandemic. It resumed operations later in the year (one of the few teams to play that year), and has since operated continuously.

At the time of the founding of the modern National Football League, the Cardinals were part of a thriving professional football circuit based in the Chicago area. Teams such as the Decatur Staleys, Hammond Pros, Chicago Tigers and the Cardinals had formed an informal loop similar to, and generally on par with, the Ohio and New York circuits that had also emerged as top football centers prior to the league's founding. 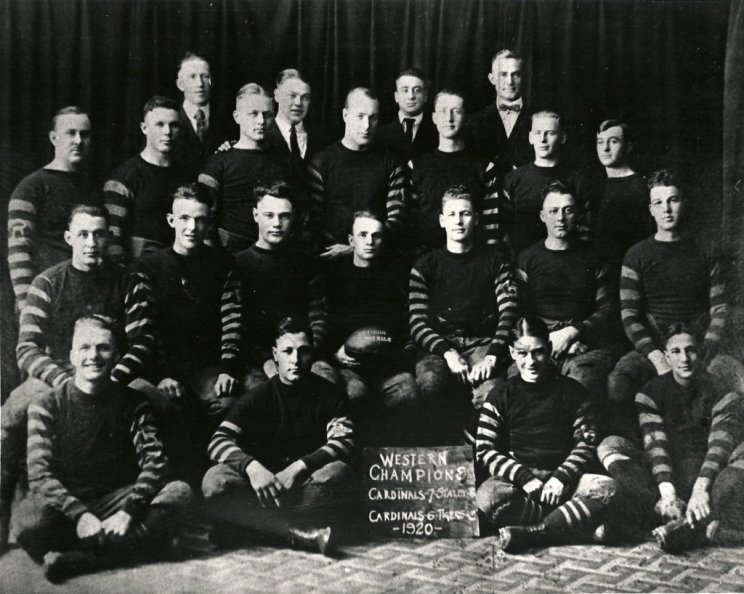 In 1920, the team became a charter member of the American Professional Football Association (later renamed the National Football League (NFL) in 1922), for a franchise fee of $100. The Cardinals and the Chicago Bears (the latter founded as the Decatur Staleys before moving to Chicago in 1921 and being renamed the Chicago Staleys, then in 1922 being renamed the Chicago Bears) are the only charter members of the NFL still in existence, though the Green Bay Packers, which joined the league in 1921, existed prior to the formation of the NFL. The person keeping the minutes of the first league meeting, unfamiliar with the nuances of Chicago football, recorded the Cardinals as from Racine, Wisconsin. The team was renamed the "Chicago Cardinals" in 1922 after a team actually from Racine, Wisconsin (the Horlick-Racine Legion) entered the league. That season the team moved to Comiskey Park. The Staleys and Cardinals played each other twice in 1920

In 1944, owing to player shortages caused by World War II, the Cardinals and Pittsburgh Steelers merged for one year and were known as the "Card-Pitt", or derisively as the "Carpets" as they were winless that season. In 1945, the Cardinals snapped their long losing streak (an NFL record 29 games, dating back to the 1942 season and including their lone season as Card-Pitt) by beating the Bears 16–7. It was their only victory of the season. In 1946, the team finished 6–5 for the first winning season in eight years. In 1947, the NFL standardized on a 12-game season. This would be the most celebrated year in Cardinals history as the team went 9–3, beating Philadelphia in the championship game 28–21 with their "Million Dollar Backfield", which included quarterback Paul Christman, halfback Charley Trippi, halfback Elmer Angsman, and fullback Pat Harder, piling up 282 rushing yards. However, Bidwill was not around to see it; he had died before the start of the season, leaving the team to his wife Violet. Prior to the season he had beaten the Chicago Rockets of the upstart All-America Football Conference for the rights to Trippi. This signing is generally acknowledged as the final piece in the championship puzzle. The next season saw the Cardinals finish 11–1 and again play in the championship game, but lost 7–0 in a rematch with the Eagles, played in a heavy snowstorm that almost completely obscured the field. This was the first NFL championship to be televised. The next year, Violet Bidwill married St. Louis businessman Walter Wolfner, and the Cardinals fell to 6–5–1.

The 1950s were a dismal period for the Cardinals, with records of 5–7 (1950), 3–9 (1951), 4–8 (1952), 1–10–1 (1953), 2–10 (1954), 4–7–1 (1955), 7–5 (1956; the best year of the decade), 3–9 (1957), 2–9–1 (1958), and 2–10 (1959). With just 33 wins in ten seasons, the Cardinals were nearly forgotten in Chicago, being completely overshadowed by the Bears. Attendance at Cardinals games was sparse. With the team almost bankrupt, the Bidwills were anxious to move the Cardinals to another city. However, the NFL demanded a hefty relocation fee which the Bidwills were unwilling and/or unable to pay. Needing cash, the Bidwills entertained offers from various out-of-town investors, including Lamar Hunt, Bud Adams, Bob Howsam and Max Winter. However, these negotiations came to nothing, probably because the Bidwills wanted to maintain control of the Cardinals and were only willing to sell a minority stake in the team. Having failed in their separate efforts to buy the Cardinals, Hunt, Adams, Howsam and Winter joined forces to form the American Football League. Suddenly faced with a serious rival, the NFL quickly came to terms with the Bidwills, engineering a deal that sent the Cardinals to St. Louis, Missouri, beginning with the 1960 season in a move which also blocked St. Louis as a potential market for the new AFL, which began play the same year. Despite the presence of a baseball team already named the St. Louis Cardinals, the football team kept its name upon relocation there, and would be referred to as "the football Cardinals" until it departed for Arizona following the 1987 season.

''italics'' = played a portion of career with the Cardinals and enshrined representing another team
Dierdorf, Smith, Wehrli and Wilson were members of the St. Louis Football Ring of Fame in The Dome at America's Center when the Rams played there from 1995 to 2015.

The Chicago Cardinals have the distinction of being the only team in American professional football history to score exactly 4 points in one game, or two safeties. On November 25, 1923, the Cardinals lost to the Racine Legion 10–4. While a student at the University of Chicago, American sociologist Herbert Blumer played with the Cardinals from 1927 to 1933. Blumer was a member of the 1929 All-Pro Team. He played a total of 58 games for Chicago.