A chemical substance may well be defined as "any material with a definite chemical composition" in an introductory general chemistry textbook. According to this definition a chemical substance can either be a pure chemical element or a pure chemical compound. But, there are exceptions to this definition; a pure substance can also be defined as a form of matter that has both definite composition and distinct properties. The chemical substance index published by CAS also includes several alloys of uncertain composition. Non-stoichiometric compounds are a special case (in inorganic chemistry) that violates the law of constant composition, and for them, it is sometimes difficult to draw the line between a mixture and a compound, as in the case of palladium hydride. Broader definitions of chemicals or chemical substances can be found, for example: "the term 'chemical substance' means any organic or inorganic substance of a particular molecular identity, including – (i) any combination of such substances occurring in whole or in part as a result of a chemical reaction or occurring in nature". In geology, substances of uniform composition are called minerals, while physical mixtures (aggregates) of several minerals (different substances) are defined as rocks. Many minerals, however, mutually dissolve into solid solutions, such that a single rock is a uniform substance despite being a mixture in stoichiometric terms. Feldspars are a common example: anorthoclase is an alkali aluminum silicate, where the alkali metal is interchangeably either sodium or potassium. In law, "chemical substances" may include both pure substances and mixtures with a defined composition or manufacturing process. For example, the EU regulation REACH defines "monoconstituent substances", "multiconstituent substances" and "substances of unknown or variable composition". The latter two consist of multiple chemical substances; however, their identity can be established either by direct chemical analysis or reference to a single manufacturing process. For example, charcoal is an extremely complex, partially polymeric mixture that can be defined by its manufacturing process. Therefore, although the exact chemical identity is unknown, identification can be made to a sufficient accuracy. The CAS index also includes mixtures. Polymers almost always appear as mixtures of molecules of multiple molar masses, each of which could be considered a separate chemical substance. However, the polymer may be defined by a known precursor or reaction(s) and the molar mass distribution. For example, polyethylene is a mixture of very long chains of -CH2- repeating units, and is generally sold in several molar mass distributions, LDPE, MDPE, HDPE and UHMWPE.

The concept of a "chemical substance" became firmly established in the late eighteenth century after work by the chemist Joseph Proust on the composition of some pure chemical compounds such as basic copper carbonate. He deduced that, "All samples of a compound have the same composition; that is, all samples have the same proportions, by mass, of the elements present in the compound." This is now known as the law of constant composition. Later with the advancement of methods for chemical synthesis particularly in the realm of organic chemistry; the discovery of many more chemical elements and new techniques in the realm of analytical chemistry used for isolation and purification of elements and compounds from chemicals that led to the establishment of modern chemistry, the concept was defined as is found in most chemistry textbooks. However, there are some controversies regarding this definition mainly because the large number of chemical substances reported in chemistry literature need to be indexed. Isomerism caused much consternation to early researchers, since isomers have exactly the same composition, but differ in configuration (arrangement) of the atoms. For example, there was much speculation for the chemical identity of benzene, until the correct structure was described by Friedrich August Kekulé. Likewise, the idea of stereoisomerism – that atoms have rigid three-dimensional structure and can thus form isomers that differ only in their three-dimensional arrangement – was another crucial step in understanding the concept of distinct chemical substances. For example, tartaric acid has three distinct isomers, a pair of diastereomers with one diastereomer forming two enantiomers.

An element is a chemical substance made up of a particular kind of atom and hence cannot be broken down or transformed by a chemical reaction into a different element, though it can be transmuted into another element through a nuclear reaction. This is so because all of the atoms in a sample of an element have the same number of protons, though they may be different isotopes, with differing numbers of neutrons. As of 2019, there are 118 known elements, about 80 of which are stable – that is, they do not change by radioactive decay into other elements. Some elements can occur as more than a single chemical substance (allotropes). For instance, oxygen exists as both diatomic oxygen (O2) and ozone (O3). The majority of elements are classified as metals. These are elements with a characteristic lustre such as iron, copper, and gold. Metals typically conduct electricity and heat well, and they are malleable and ductile. Around a dozen elements, such as carbon, nitrogen, and oxygen, are classified as non-metals. Non-metals lack the metallic properties described above, they also have a high electronegativity and a tendency to form negative ions. Certain elements such as silicon sometimes resemble metals and sometimes resemble non-metals, and are known as metalloids.

A chemical compound is a chemical substance that is composed of a particular set of atoms or ions. Two or more elements combined into one substance through a chemical reaction form a chemical compound. All compounds are substances, but not all substances are compounds. A chemical compound can be either atoms bonded together in molecules or crystals in which atoms, molecules or ions form a crystalline lattice. Compounds based primarily on carbon and hydrogen atoms are called organic compounds, and all others are called inorganic compounds. Compounds containing bonds between carbon and a metal are called organometallic compounds. Compounds in which components share electrons are known as covalent compounds. Compounds consisting of oppositely charged ions are known as ionic compounds, or salts. In organic chemistry, there can be more than one chemical compound with the same composition and molecular weight. Generally, these are called isomers. Isomers usually have substantially different chemical properties, and often may be isolated without spontaneously interconverting. A common example is glucose vs. fructose. The former is an aldehyde, the latter is a ketone. Their interconversion requires either enzymatic or acid-base catalysis. However, tautomers are an exception: the isomerization occurs spontaneously in ordinary conditions, such that a pure substance cannot be isolated into its tautomers, even if these can be identified spectroscopically or even isolated in special conditions. A common example is glucose, which has open-chain and ring forms. One cannot manufacture pure open-chain glucose because glucose spontaneously cyclizes to the hemiacetal form. 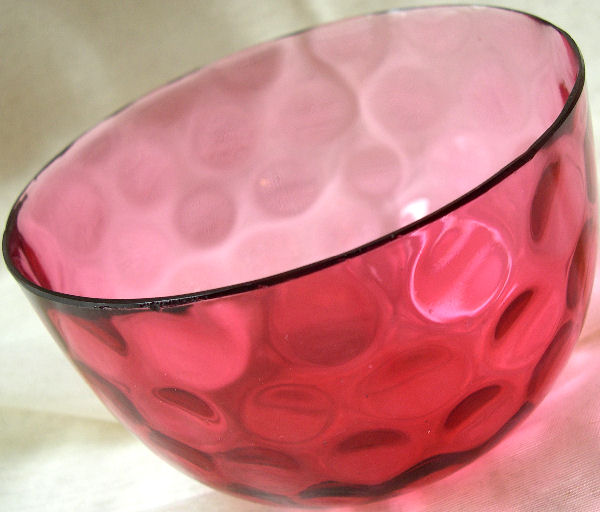 All matter consists of various elements and chemical compounds, but these are often intimately mixed together. Mixtures contain more than one chemical substance, and they do not have a fixed composition. In principle, they can be separated into the component substances by purely mechanical processes. Butter, soil and wood are common examples of mixtures. Grey iron metal and yellow sulfur are both chemical elements, and they can be mixed together in any ratio to form a yellow-grey mixture. No chemical process occurs, and the material can be identified as a mixture by the fact that the sulfur and the iron can be separated by a mechanical process, such as using a magnet to attract the iron away from the sulfur. In contrast, if iron and sulfur are heated together in a certain ratio (1 atom of iron for each atom of sulfur, or by weight, 56 grams (1 mol) of iron to 32 grams (1 mol) of sulfur), a chemical reaction takes place and a new substance is formed, the compound iron(II) sulfide, with chemical formula FeS. The resulting compound has all the properties of a chemical substance and is not a mixture. Iron(II) sulfide has its own distinct properties such as melting point and solubility, and the two elements cannot be separated using normal mechanical processes; a magnet will be unable to recover the iron, since there is no metallic iron present in the compound.

While the term ''chemical substance'' is a precise technical term that is synonymous with ''chemical'' for chemists, the word ''chemical'' is used in general usage in the English speaking world to refer to both (pure) chemical substances and mixtures (often called ''compounds''), and especially when produced or purified in a laboratory or an industrial process.