In
mathematics Mathematics (from Greek: ) includes the study of such topics as quantity (number theory), structure (algebra), space (geometry), and change (analysis). It has no generally accepted definition. Mathematicians seek and use patterns to formulate ...
, a Cauchy sequence (; ), named after
Augustin-Louis Cauchy Baron Augustin-Louis Cauchy (; ; 21 August 178923 May 1857) was a French mathematician, engineer, and physicist who made pioneering contributions to several branches of mathematics, including mathematical analysis and continuum mechanics. He was ... 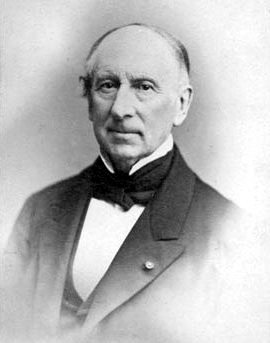 , is a
sequence In mathematics, a sequence is an enumerated collection of objects in which repetitions are allowed and order matters. Like a set, it contains members (also called ''elements'', or ''terms''). The number of elements (possibly infinite) is called the ... 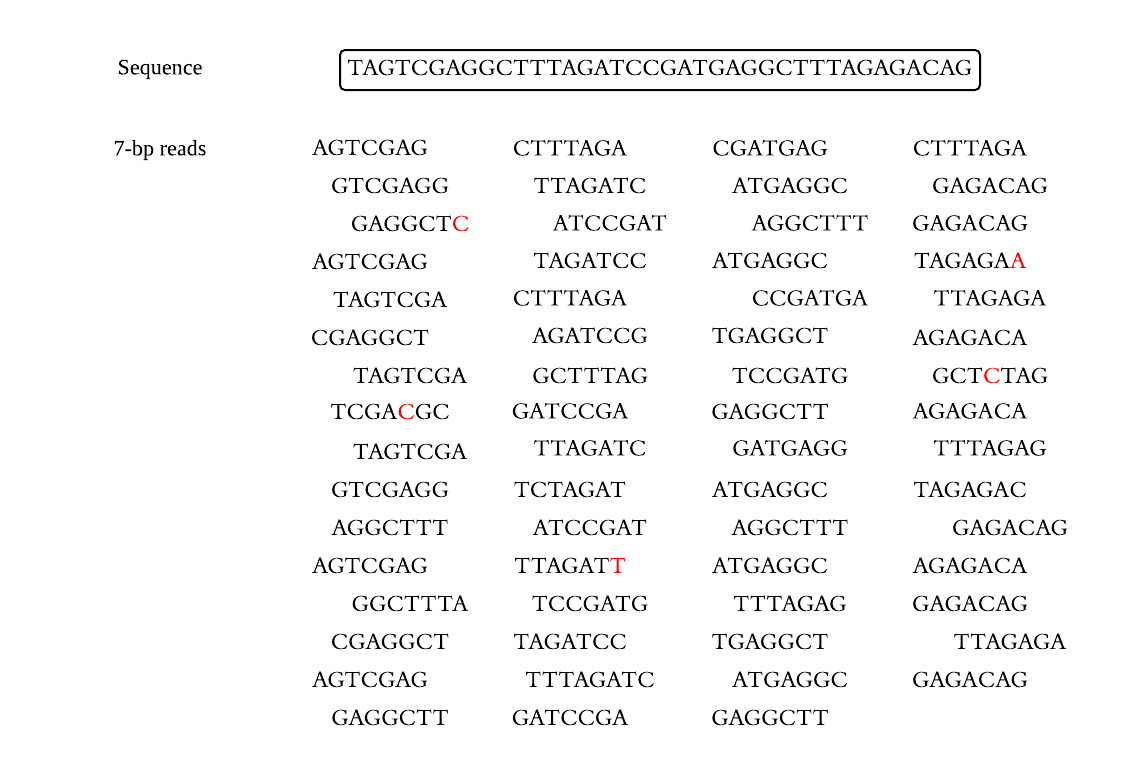 whose elements become arbitrarily close to each other as the sequence progresses. More precisely, given any small positive distance, all but a finite number of elements of the sequence are less than that given distance from each other. It is not sufficient for each term to become arbitrarily close to the term. For instance, in the sequence of square roots of natural numbers: : the consecutive terms become arbitrarily close to each other: : However, with growing values of the index , the terms become arbitrarily large. So, for any index and distance , there exists an index big enough such that . (Actually, any suffices.) As a result, despite how far one goes, the remaining terms of the sequence never get close to , hence the sequence is not Cauchy. The utility of Cauchy sequences lies in the fact that in a
complete metric space In mathematical analysis, a metric space is called complete (or a Cauchy space) if every Cauchy sequence of points in has a limit that is also in or, alternatively, if every Cauchy sequence in converges in . Intuitively, a space is complete if ...
(one where all such sequences are known to converge to a limit), the criterion for
convergence Convergence may refer to: Arts and media Literature *''Convergence'' (book series), edited by Ruth Nanda Anshen *"Convergence" (comics), two separate story lines published by DC Comics: **A four-part crossover storyline that united the four Weirdo ...
depends only on the terms of the sequence itself, as opposed to the definition of convergence, which uses the limit value as well as the terms. This is often exploited in
algorithm of an algorithm (Euclid's algorithm) for calculating the greatest common divisor (g.c.d.) of two numbers ''a'' and ''b'' in locations named A and B. The algorithm proceeds by successive subtractions in two loops: IF the test B ≥ A yields "yes" ...

s, both theoretical and applied, where an iterative process can be shown relatively easily to produce a Cauchy sequence, consisting of the iterates, thus fulfilling a logical condition, such as termination. Generalizations of Cauchy sequences in more abstract
uniform spaces In the mathematical field of topology, a uniform space is a set with a uniform structure. Uniform spaces are topological spaces with additional structure that is used to define uniform properties such as completeness, uniform continuity and uniform ...
exist in the form of
Cauchy filter Baron Augustin-Louis Cauchy (; ; 21 August 178923 May 1857) was a French mathematician, engineer, and physicist who made pioneering contributions to several branches of mathematics, including mathematical analysis and continuum mechanics. He was ...
s and
Cauchy net In mathematics, more specifically in general topology and related branches, a net or Moore–Smith sequence is a generalization of the notion of a sequence. In essence, a sequence is a function whose domain is the natural numbers. The codomain ...
s.

A sequence : of real numbers is called a Cauchy sequence if for every
positive Positive is a property of positivity and may refer to: Mathematics and science * Converging lens or positive lens, in optics * Plus sign, the sign "+" used to indicate a positive number * Positive (electricity), a polarity of electrical charge * ...
real number ''ε'', there is a positive
integer An integer (from the Latin ''integer'' meaning "whole") is colloquially defined as a number that can be written without a fractional component. For example, 21, 4, 0, and −2048 are integers, while 9.75, , and  are not. The set of intege ...
''N'' such that for all
natural numbers In mathematics, the natural numbers are those used for counting (as in "there are ''six'' coins on the table") and ordering (as in "this is the ''third'' largest city in the country"). In common mathematical terminology, words colloquially used ...
''m'', ''n'' > ''N'' : where the vertical bars denote the
absolute value of the absolute value function for real numbers In mathematics, the absolute value or modulus of a real number , denoted , is the non-negative value of  without regard to its sign. Namely, if is positive, and if is negative (in whi ...

. In a similar way one can define Cauchy sequences of rational or complex numbers. Cauchy formulated such a condition by requiring to be
infinitesimal In mathematics, infinitesimals or infinitesimal numbers are quantities that are closer to zero than any standard real number, but are not zero. They do not exist in the standard real number system, but do exist in many other number systems, such a ...
for every pair of infinite ''m'', ''n''. For any real number ''r'', the sequence of truncated decimal expansions of ''r'' forms a Cauchy sequence. For example, when ''r'' = ''π'', this sequence is (3, 3.1, 3.14, 3.141, ...). The ''m''th and ''n''th terms differ by at most 101−''m'' when ''m'' < ''n'', and as ''m'' grows this becomes smaller than any fixed positive number ε.

In a metric space

Since the definition of a Cauchy sequence only involves metric concepts, it is straightforward to generalize it to any metric space ''X''. To do so, the absolute value is replaced by the distance ''d''(''x''''m'', ''x''''n'') (where ''d'' denotes a metric (mathematics), metric) between ''x''''m'' and ''x''''n''. Formally, given a metric space , a sequence : is Cauchy, if for every positive real number there is a positive
integer An integer (from the Latin ''integer'' meaning "whole") is colloquially defined as a number that can be written without a fractional component. For example, 21, 4, 0, and −2048 are integers, while 9.75, , and  are not. The set of intege ...
such that for all positive integers , the distance :. Roughly speaking, the terms of the sequence are getting closer and closer together in a way that suggests that the sequence ought to have a limit of a sequence, limit in ''X''. Nonetheless, such a limit does not always exist within ''X'': the property of a space that every Cauchy sequence converges in the space is called ''completeness'', and is detailed below.

A metric space (''X'', ''d'') in which every Cauchy sequence converges to an element of ''X'' is called Complete metric space, complete.

The real numbers are complete under the metric induced by the usual absolute value, and one of the standard Construction of the real numbers, constructions of the real numbers involves Cauchy sequences of rational numbers. In this construction, each equivalence class of Cauchy sequences of rational numbers with a certain tail behavior—that is, each class of sequences that get arbitrarily close to one another— is a real number. A rather different type of example is afforded by a metric space ''X'' which has the discrete space, discrete metric (where any two distinct points are at distance 1 from each other). Any Cauchy sequence of elements of ''X'' must be constant beyond some fixed point, and converges to the eventually repeating term.

The open interval in the set of real numbers with an ordinary distance in R is not a complete space: there is a sequence in it, which is Cauchy (for arbitrarily small distance bound all terms of fit in the interval), however does not converge in — its 'limit', number , does not belong to the space .

There is also a concept of Cauchy sequence for a topological vector space : Pick a local base for about 0; then () is a Cauchy sequence if for each member , there is some number such that whenever is an element of . If the topology of is compatible with a translation-invariant metric , the two definitions agree.

There is also a concept of Cauchy sequence in a group : Let be a decreasing sequence of normal subgroups of of finite index of a subgroup, index. Then a sequence in is said to be Cauchy (w.r.t. ) if and only if for any there is such that . Technically, this is the same thing as a topological group Cauchy sequence for a particular choice of topology on , namely that for which is a local base. The set of such Cauchy sequences forms a group (for the componentwise product), and the set of null sequences (s.th. ) is a normal subgroup of . The factor group is called the completion of with respect to . One can then show that this completion is isomorphic to the inverse limit of the sequence . An example of this construction, familiar in number theory and algebraic geometry is the construction of the p-adic number, ''p''-adic completion of the integers with respect to a prime ''p''. In this case, ''G'' is the integers under addition, and ''H''''r'' is the additive subgroup consisting of integer multiples of ''p''''r''. If is a cofinal (mathematics), cofinal sequence (i.e., any normal subgroup of finite index contains some ), then this completion is Canonical form, canonical in the sense that it is isomorphic to the inverse limit of , where varies over normal subgroups of finite index of a subgroup, index. For further details, see ch. I.10 in Serge Lang, Lang's "Algebra".

In a hyperreal continuum

A real sequence has a natural hyperreal number, hyperreal extension, defined for hypernatural values ''H'' of the index ''n'' in addition to the usual natural ''n''. The sequence is Cauchy if and only if for every infinite ''H'' and ''K'', the values and are infinitely close, or adequality, adequal, i.e. : where "st" is the standard part function.

introduced a notion of Cauchy completion of a category (mathematics), category. Applied to Q (the category whose objects are rational numbers, and there is a morphism from ''x'' to ''y'' if and only if ''x'' ≤ ''y''), this Cauchy completion yields R (again interpreted as a category using its natural ordering).