The Canadian Gold Maple Leaf (GML) is a gold bullion coin that is issued annually by the
Government of Canada The Government of Canada (french: gouvernement du Canada) is the body responsible for the federal administration of Canada. A constitutional monarchy, the Crown is the corporation sole, assuming distinct roles: the executive, as the ''Crown-in-Co ...
. It is produced by the
Royal Canadian Mint The Royal Canadian Mint (french: Monnaie royale canadienne) is a Crown corporation, operating under the Royal Canadian Mint Act. The shares of the Mint are held in trust for the Crown in right of Canada. The Mint produces all of Canada's circulat ...
. The Gold Maple Leaf is
legal tender Legal tender is a form of money that courts of law are required to recognize as satisfactory payment for any monetary debt. Each jurisdiction determines what is legal tender, but essentially it is anything which when offered ("tendered") in paym ...
with a
face value The face value, sometimes called nominal value, is the value of a coin, stamp or paper money as printed on the coin, stamp or bill itself by the issuing authority. The face value of coins, stamps, or bill is usually its legal value. However, thei ...
of 50
Canadian dollar The Canadian dollar (symbol: $; code: CAD; french: dollar canadien) is the currency of Canada. It is abbreviated with the dollar sign $, or sometimes CA$, Can$ or C$ to distinguish it from other dollar-denominated currencies. It is divided int ...
s. The
market value Market may refer to: *Market (economics) *Market economy *Marketplace, a physical marketplace or public market Geography *Märket, an island shared by Finland and Sweden Art, entertainment, and media Films *''Market'' (1965 film), 1965 South K ...
of the metal varies, depending on the
spot price In finance, a spot contract, spot transaction, or simply spot, is a contract of buying or selling a commodity, security or currency for immediate settlement (payment and delivery) on the spot date, which is normally two business days after the t ...
of
gold Gold is a chemical element with the symbol Au (from la, aurum) and atomic number 79, making it one of the higher atomic number elements that occur naturally. In a pure form, it is a bright, slightly reddish yellow, dense, soft, malleable, and ...
. Having a .9999
millesimal fineness The fineness of a precious metal object (coin, bar, jewelry, etc.) represents the weight of ''fine metal'' therein, in proportion to the total weight which includes alloying base metals and any impurities. Alloy metals are added to increase hardnes ...
(24 carats), in some cases .99999, the coin is among the purest official bullion coins worldwide. The standard version has a weight of minimum 1
troy ounce 1 troy ounce (1.097 avoirdupois ounces, 31.1 g) coin example (Platinum Eagle) A Good Delivery silver bar weighing Troy weight is a system of units of mass that originated in 15th-century England, and is primarily used in the precious metals indu ...
(31.10 grams). Other sizes and denominations include 1
gram The gram (alternative spelling: gramme; SI unit symbol: g) is a metric system unit of mass. Originally defined as "the absolute weight of a volume of pure water equal to the cube of the hundredth part of a metre cm3], and at the temperature ...
, ($0.50), ($1), ($5), ($10), and ($20). The Gold Maple Leaf's obverse and reverse display, respectively, the profile of Queen Elizabeth II of Canada and the Canadian Maple Leaf. In 2013 and 2015, new security features were introduced. In 2013, a laser-micro-engraved textured maple leaf was added on a small area of the reverse (Maple Leaf) side of the coin. In the centre of this mark is the numeral denoting the coin's year of issue, which is only visible under magnification. In 2015, the radial lines on the coin's background on both sides of the coin were added. On 3 May 2007, the Royal Canadian Mint unveiled a Gold Maple Leaf coin with a nominal face value of $1 million and a metal value of over $3.5 million. It measures in diameter by thick and has a mass of , with a purity of 99.999%. On 26 March 2017, one of the six pieces was stolen from the Berlin
Bode Museum The Bode-Museum (English: ''Bode Museum''), formerly called the Kaiser-Friedrich-Museum (''Emperor Frederick Museum''), is a listed building on the Museum Island in the historic centre of Berlin and part of the UNESCO World Heritage. It was built ...

; it has not been found as of 2021. It is assumed that it has been melted down for the gold.

The coin was introduced in 1979. At the time the only competing bullion coins being minted were the
Krugerrand The Krugerrand (; ) is a South African coin, first minted on 3 July 1967 to help market South African gold and produced by Rand Refinery and the South African Mint. The name is a compound of ''Paul Kruger'', the former President of the South Afr ...
(which was not widely available because of the economic
boycott A boycott is an act of nonviolent, voluntary and intentional abstention from using, buying, or dealing with a person, organization, or country as an expression of protest, usually for moral, social, political, or environmental reasons. The purpose ... 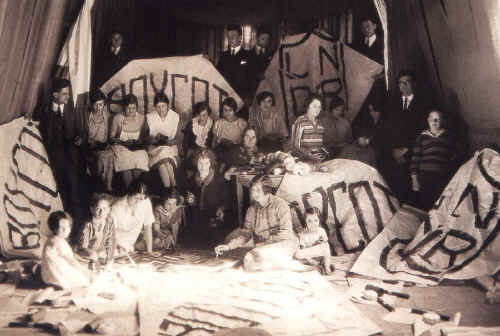 of
apartheid Apartheid (South African English: ; , segregation; lit. "aparthood") was a system of institutionalised racial segregation that existed in South Africa and South West Africa (now Namibia) from 1948 until the early 1990s. Apartheid wa ...
-era
South Africa South Africa, officially the Republic of South Africa (RSA), is the southernmost country in Africa. With over 59 million people, it is the world's 23rd-most populous nation and covers an area of . South Africa has three capital cities: e ...
) and the Austrian 100 Corona. Coins minted between 1979 and 1982 have a fineness of .999.

Some dealers have complained about the production quality of the Gold Maples. The softness of 24 karat gold combined with the Gold Maples' milled edge, clear field around the Elizabeth II, Queen and the tube storage supplied, means that the coins easily show handling marks. This is a standard problem with pure gold.

As a way of commemorating 25 years as an industry leader in bullion coins, the Royal Canadian Mint created a unique six-coin set
mint.ca
It was a new bimetallic maple leaf, set in bullion finish (a brilliant relief against a parallel lined background). The six-coin set was the first to include the Maple Leaf denomination. Each coin included a double-date of 1979–2004, and the coin featured a commemorative privy mark. All coins were packaged in a black leather presentation case with a black velour insert, along with a certificate of authenticity. Mintage: 839 sets. Other Details

The gold Maple Leaf coin was .999 pure until 1982, when its purity was raised to .9999. Some coins are issued at a purity of .99999; this standard does not replace the Mint's .9999 Gold Maple Leaf coins, but is instead reserved for special editions.

The Royal Canadian Mint and the International Olympic Committee have reached an agreement on Olympic Gold and Silver Maple Leaf coins. The announcement was made on August 3, 2007, and the agreement allows the RCM to strike bullion coins with the emblems of the 2010 winter Olympic and Paralympic Games. The issue will consist of two coins – one Gold Maple Leaf coin and a Canadian Silver Maple Leaf coin; both coins feature the date of 2008. The new agreement means that the RCM is now selling Olympic coins through all of its major business lines – bullion, circulation and numismatics.