In ''A Dictionary of Modern English Usage'', Henry W. Fowler's general approach encourages a direct, vigorous writing style, and opposes all artificiality, by firmly advising against convoluted sentence construction, the use of foreign words and phrases, and the use of archaisms. He opposed pedantry, and ridiculed artificial grammar rules unwarranted by natural English usage, such as bans on ending a sentence with a preposition; rules on the placement of the word ''only''; and rules distinguishing between ''which'' and ''that''. He classified and condemned every cliché, in the course of which he coined and popularised the terms ''battered ornament'', ''vogue words'', and ''worn-out humour'', while defending useful distinctions between words whose meanings were coalescing in practice, thereby guiding the speaker and the writer away from illogical sentence construction, and the misuse of words. In the entries "Pedantic Humour" and "Polysyllabic Humour" Fowler mocked the use of arcane words (archaisms) and the use of unnecessarily long words.

Widely and often cited, ''A Dictionary of Modern English Usage'' is renowned for its witty passages, such as:

; Didacticism : The speaker who has discovered that ''Juan'' and ''Quixote'' are not pronounced in Spain as he used to pronounce them as a boy is not content to keep so important a piece of information to himself; he must have the rest of us call them ''Hwan'' and ''Keehotay''; at any rate he will give us the chance of mending our ignorant ways by doing so. ; French Words : Display of superior knowledge is as great a vulgarity as display of superior wealth—greater indeed, inasmuch as knowledge should tend more definitely than wealth towards discretion and good manners. ; Inversion : Writers who observe the poignancy sometimes given by inversion, but fail to observe that 'sometimes' means 'when exclamation is appropriate', adopt inversion as an infallible enlivener; they aim at freshness and attain frigidity. ; Split infinitive : The English-speaking world may be divided into (1) those who neither know nor care what a split infinitive is; (2) those who do not know, but care very much; (3) those who know and condemn; (4) those who know and approve; and (5) those who know and distinguish. ... Those who neither know nor care are the vast majority, and are a happy folk, to be envied by the minority classes. ; Terribly : It is strange that a people with such a fondness for understatement as the British should have felt the need to keep changing the adverbs by which they hope to convince listeners of the intensity of their feelings. ; Welsh rarebit : ''Welsh rabbit'' is amusing and right. ''Welsh rarebit'' is stupid and wrong. 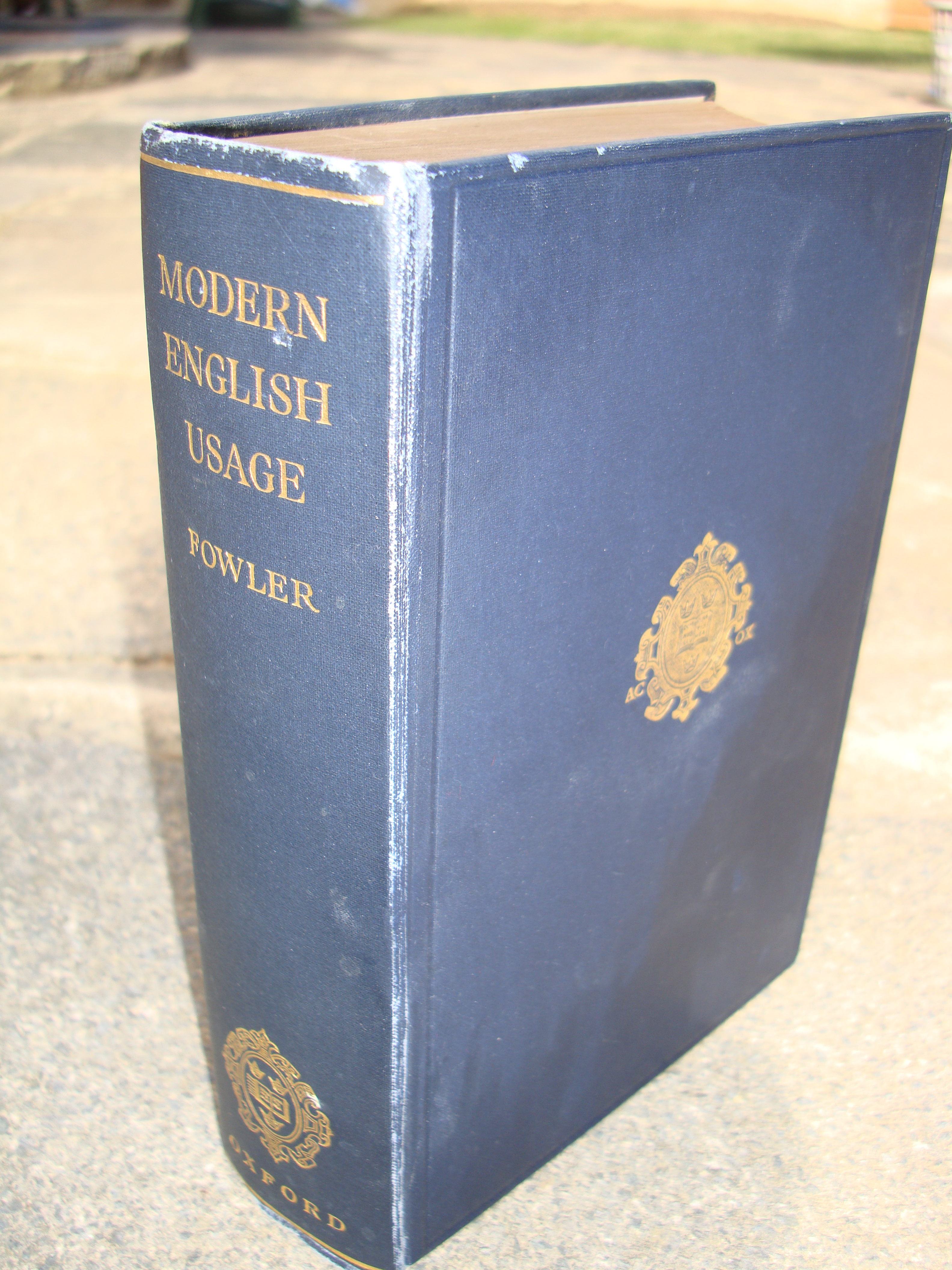 Before writing ''A Dictionary of Modern English Usage'', Henry W. Fowler and his younger brother, Francis George Fowler (1871–1918), wrote and revised ''The King's English'' (1906), a grammar and usage guide. Assisted in the research by Francis, who died in 1918 of tuberculosis contracted (1915–16) whilst serving with the British Expeditionary Force in the First World War (1914–1918), Henry dedicated the first edition of the ''Dictionary'' to his late brother:

I think of it as it should have been, with its prolixities docked, its dullnesses enlivened, its fads eliminated, its truths multiplied. He had a nimbler wit, a better sense of proportion, and a more open mind, than his twelve-year-older partner; and it is a matter of regret that we had not, at a certain point, arranged our undertakings otherwise than we did. . . . This present book accordingly contains none of his actual writing; but, having been designed in consultation with him, it is the last fruit of a partnership that began in 1903 with our translation of Lucian.