Roxburghshire or the County of Roxburgh ( gd|Siorrachd Rosbroig) is a historic county and registration county in the Southern Uplands of Scotland. It borders Dumfriesshire to the west, Selkirkshire and Midlothian to the north-west, and Berwickshire to the north. To the south-west it borders Cumberland and to the south-east Northumberland, both in England. It was named after the Royal Burgh of Roxburgh, a town which declined markedly in the 15th century and is no longer in existence. Latterly, the county town of Roxburghshire was Jedburgh. The county has much the same area as Teviotdale, the basin drained by the River Teviot and tributaries, together with the adjacent stretch of the Tweed into which it flows. The term is often treated as synonymous with Roxburghshire, but may omit Liddesdale as Liddel Water drains to the west coast.

The county appears to have originated in the 12th century with the creation of the sheriffdom of Roxburgh. The first known sheriff is Gospatric (sheriff of Roxburgh). The hereditary sheriffship of Roxburghshire was possessed by the family of Douglas until the abolition of heritable jurisdictions in the 18th century. The county was constantly fought over in the Middle Ages as part of the Anglo-Scottish Wars, before the border settled into roughly its modern form with the Treaty of York in 1237. The violence and lawlessness of these times gave rise to the Border Reivers. The ancient royal burgh of Roxburgh, from which the county had taken its name, fell into decay by the fifteenth century. After the demise of the town of Roxburgh, the county administration was based in Jedburgh, the county town. County Buildings were erected near the market place in 1812, in which the different courts met and the county officials transacted their business. In 1855 Alexander Jeffrey published his book "The history and antiquities of Roxburghshire and adjacent districts, from the most remote period to the present time." It ran to four volumes. 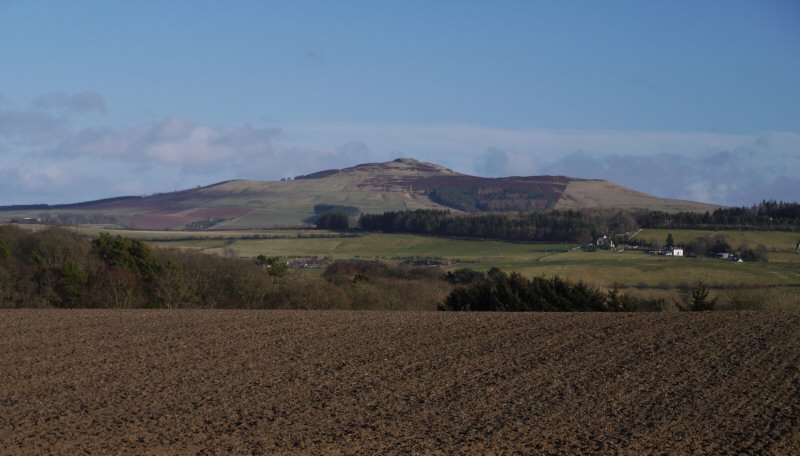 Roxburghshire is a predominantly rural county, consisting of low hills rising to the Cheviot Hills along the border with England. Just to the north of Melrose can be found Eildon Hill, a prominent local landmark. There are a few scattered lochs, though none of any significant size.

Other than terminus of the recently re-opened Borders Railway, of which two stations (Galashiels and Tweedbank) lie within the county, there are no railways in Roxburghshire. There were formerly a number of lines serving the county, however these closed as a result of the Beeching cuts.