A white paper is a report or guide that informs readers concisely about a complex issue and presents the issuing body's
philosophy Philosophy (from , ) is the study of general and fundamental questions, such as those about reason, Metaphysics, existence, Epistemology, knowledge, Ethics, values, Philosophy of mind, mind, and Philosophy of language, language. Such ques ...

on the matter. It is meant to help readers understand an issue, solve a problem, or make a decision. The term originated roughly a century ago to mean a type of position paper or industry report published by some department of the UK government. In more recent years, this type of document has proliferated in business. Today, a B2B white paper is closer to a marketing presentation, a form of content meant to persuade customers and partners and promote a certain product or viewpoint. That makes B2B white papers a type of grey literature.

The term ''white paper'' originated with the
British British may refer to: Peoples, culture, and language * British people The British people, or Britons, are the citizens of the United Kingdom of Great Britain and Northern Ireland, the British Overseas Territories, and the Crown dependenc ...

government A government is the system or group of people governing an organized community, generally a State (polity), state. In the case of its broad associative definition, government normally consists of legislature, Executive (government), ex ...
, and many point to the Churchill White Paper of 1922 as the earliest well-known example under this name.
Gertrude Bell Gertrude Margaret Lowthian Bell, CBE (14 July 1868 – 12 July 1926) was an English writer, traveller, political officer, administrator, and archaeologist Archaeology or archeology is the study of human activity through the recovery ...
, the British explorer and diplomat, was the first woman to write a white paper. Her 149-page report was entitled "Review of the Civil Administration of Mesopotamia" and was presented to Parliament in 1920. In British government it is usually the less extensive version of the so-called ''
blue book A blue book or bluebook is an almanac An almanac (also spelled ''almanack'' and ''almanach'') is an annual publicationAnnual publications, more often simply called annuals, are periodical publications appearing regularly once per year."Annuals", ...

'', both terms being derived from the colour of the document's cover. White papers are a "tool of participatory democracy ... not
n

unalterable policy commitment". "White papers have tried to perform the dual role of presenting firm government policies while at the same time inviting opinions upon them." In
Canada Canada is a country in the northern part of North America. Its Provinces and territories of Canada, ten provinces and three territories extend from the Atlantic Ocean, Atlantic to the Pacific Ocean, Pacific and northward into the Arctic Ocea ...

i history, the
White Paper of 1939 The White Paper of 1939Occasionally also known as the MacDonald White Paper (e.g. Caplan, 2015, p.117) after Malcolm MacDonald, the British Colonial Secretary, who presided over its creation. was a policy paper issued by the British government ...
– marking a sharp turn against Zionism in British policy and at the time greeted with great anger by the Jewish
Yishuv Yishuv ( he, ישוב, literally "settlement"), Ha-Yishuv ( he, הישוב, ''the Yishuv''), or Ha-Yishuv Ha-Ivri ( he, הישוב העברי, ''the Hebrew Hebrew (, , or ) is a Northwest Semitic languages, Northwest Semitic language of ...
community in Mandatory Palestine – is remembered as "''The'' White Paper" (in Hebrew Ha'Sefer Ha'Lavan  – literally "The White Book").

Since the early 1990s, the terms "white paper" or "whitepaper" have been applied to documents used as marketing or sales tools in business. These white papers are long-form content designed to promote the products or services from a specific company. As a marketing tool, these papers use selected facts and logical arguments to build a case favorable to the company sponsoring the document. B2B (business-to-business) white papers are often used to generate sales leads, establish
thought leader ''Thought Leader'' is a collaborative news and opinion platform owned by the South Africa South Africa, officially the Republic of South Africa (RSA), is the southernmost country in Africa. With over Demographics of South Africa, 59  ...
ship, make a business case, grow email lists, grow audiences, increase sales, or inform and persuade readers. The audiences for a B2B white paper can include prospective customers, channel partners, journalists, analysts, investors, or any other stakeholders. White papers are considered to be a form of
content marketing Content marketing is a form of marketing focused on creating, publishing, and distributing content for a targeted audience online. It is often used by businesses in order to achieve the following goals: attract attention and generate lead, expan ...
or inbound marketing; in other words, sponsored content available on the web with or without registration, intended to raise the visibility of the sponsor in search engine results and build web traffic. Many B2B white papers argue that one particular
technology Technology ("science of craft", from Ancient Greek, Greek , ''techne'', "art, skill, cunning of hand"; and , ''wikt:-logia, -logia'') is the sum of any Art techniques and materials, techniques, skills, Scientific method, methods, and Business ... 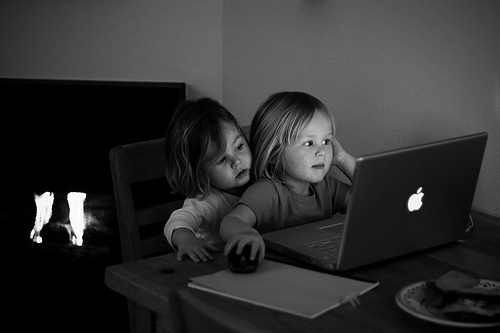 , product, ideology, or methodology is superior to all others for solving a specific business problem. They may also present research findings, list a set of questions or tips about a certain business issue, or highlight a particular product or service from a vendor. There are, essentially, three main types of commercial white papers: *Backgrounder: Describes the technical or business benefits of a certain vendor's offering; either a product, service, or methodology. This type of white paper is best used to supplement a product launch, argue a business case, or support a technical evaluation at the bottom of the sales funnel or the end of the customer journey. This is the least challenging type to produce, since much of the content is readily available in-house at the sponsor. *Numbered list: Presents a set of tips, questions, or points about a certain business issue. This type is best used to get attention with new or provocative views, or cast aspersions on competitors. Also called a
listicle In journalism and blogging, a listicle is a short-form of writing that uses a list as its thematic structure, but is fleshed out with sufficient copy to be published as an article. A typical listicle will prominently feature a cardinal number in ...
this is the fastest type to create; a numbered list can often be devised from a single brainstorming session, and each item can be presented as an isolated point, not part of any step-by-step logical argument. *Problem/solution: Recommends a new, improved solution to a nagging business problem. This type is best used to generate leads at the top of the sales funnel or the start of the customer journey, build
mind share Mind share relates to the development of consumer awareness or popularity, and is one of the main objectives of advertising and Promotion (marketing), promotion. When people think of examples of a product type or category, they usually think of a ...
, or inform and persuade stakeholders, building trust and credibility in the subject. This is the most challenging type to produce, since it requires research gathered from third-party sources and used as proof points in building a logical argument. While a numbered list may be combined with either other type, it is not workable to combine a backgrounder with a problem/solution white paper. While a backgrounder looks inward at the details of one particular product or service, a problem/solution looks outward at an industry-wide problem. This is rather like the difference between looking through a microscope and looking through a telescope.

Several variations on the colour theme exist: * The
green paper In the United Kingdom The United Kingdom of Great Britain and Northern Ireland, commonly known as the United Kingdom (UK) or Britain,Usage is mixed. The Guardian' and Telegraph' use Britain as a synonym for the United Kingdom. Some prefer to ...
is a proposal or consultative document rather than being authoritative or final. Two others are much less well established: * A blue paper sets out technical specifications of a technology or item of equipment. * A yellow paper is a document containing research that has not yet been formally accepted or published in an academic journal. It is synonymous with the more widely used term ''
preprint In academic publishing, a preprint is a version of a scholarly or scientific paper that precedes formal peer review and publication in a peer review, peer-reviewed scholarly or scientific journal. The preprint may be available, often as a non-typ ...
''.

*
Case study A case study involves an up-close, in-depth, and detailed examination of a particular case or cases, within a real-world context. For example, case studies in medicine may focus on an individual patient or ailment; case studies in business might cov ...
*
Green paper In the United Kingdom The United Kingdom of Great Britain and Northern Ireland, commonly known as the United Kingdom (UK) or Britain,Usage is mixed. The Guardian' and Telegraph' use Britain as a synonym for the United Kingdom. Some prefer to ...
*
Grey literature Grey literature (or gray literature) is materials and research produced by organizations outside of the traditional commercial Commercial may refer to: * a dose of advertising conveyed through media (such as - for example - radio or television) * ...
*
Persuasive writingPersuasive writing intends to convince readers to believe in an idea or opinion and to do an action. Many writings such as criticisms, reviews, reaction papers, editorials, proposals, advertisements, and brochures use different ways of persuasion to ...