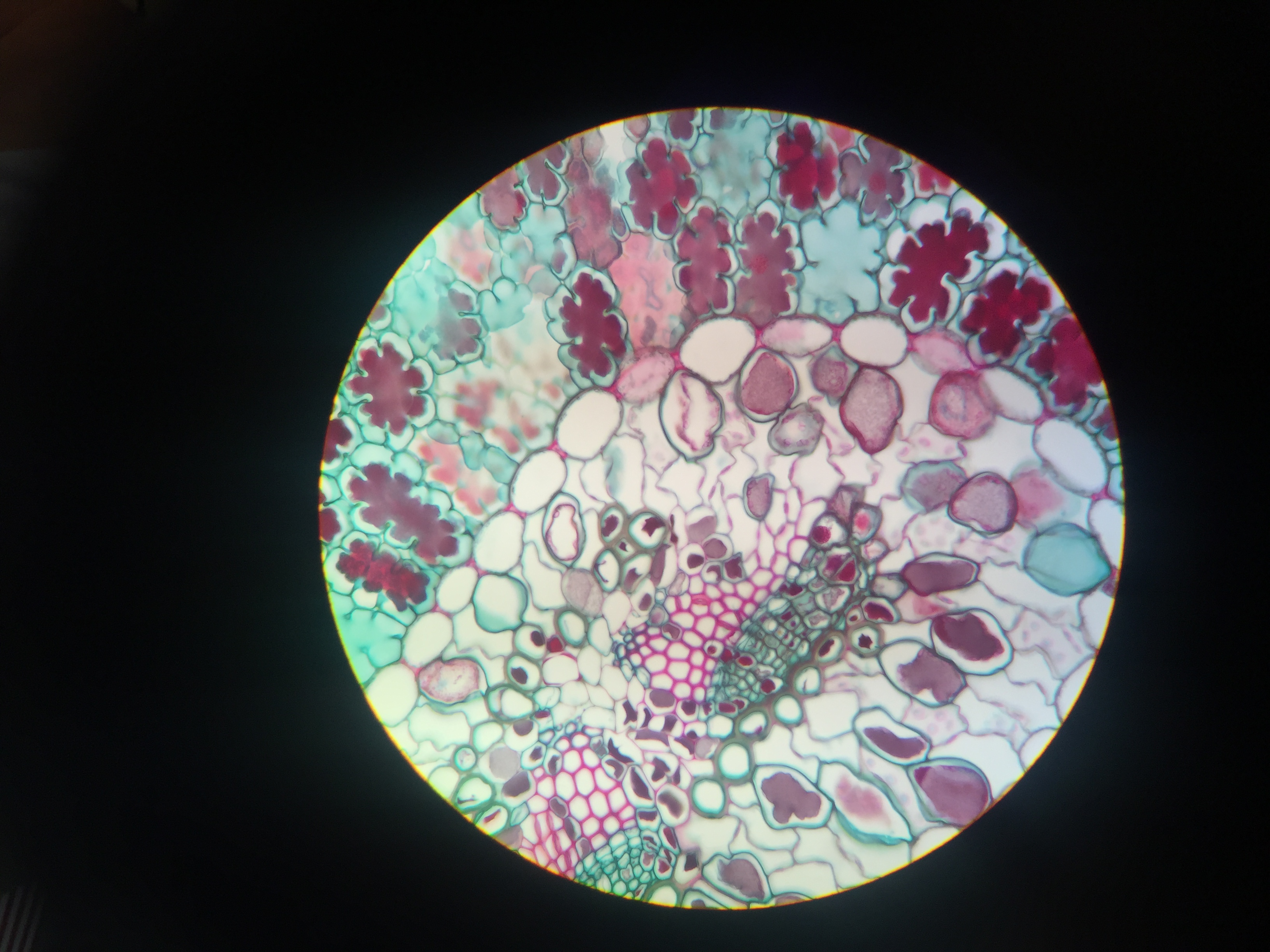 A vascular bundle is a part of the transport system in vascular plants. The transport itself happens in the stem, which exists in two forms: xylem and phloem. Both these tissues are present in a vascular bundle, which in addition will include supporting and protective tissues. The xylem typically lies adaxial with phloem positioned abaxial. In a stem or root this means that the xylem is closer to the centre of the stem or root while the phloem is closer to the exterior. In a leaf, the adaxial surface of the leaf will usually be the upper side, with the abaxial surface the lower side. This is why aphids are typically found on the underside of a leaf rather than on the top, since the sugars manufactured by the plant are transported by the phloem, which is closer to the lower surface. The position of vascular bundles relative to each other may vary considerably: see stele.

The bundle-sheath cells are the photosynthetic cells arranged into a tightly packed sheath around the vein of a leaf. It forms a protective covering on leaf vein, and consist of one or more cell layers, usually parenchyma. Loosely arranged mesophyll cells lie between the bundle sheath and the leaf surface. The Calvin cycle is confined to the chloroplasts of these bundle sheath cells in C4 plants.


Curtis, Lersten, and Nowak
cross section of a vascular bundle