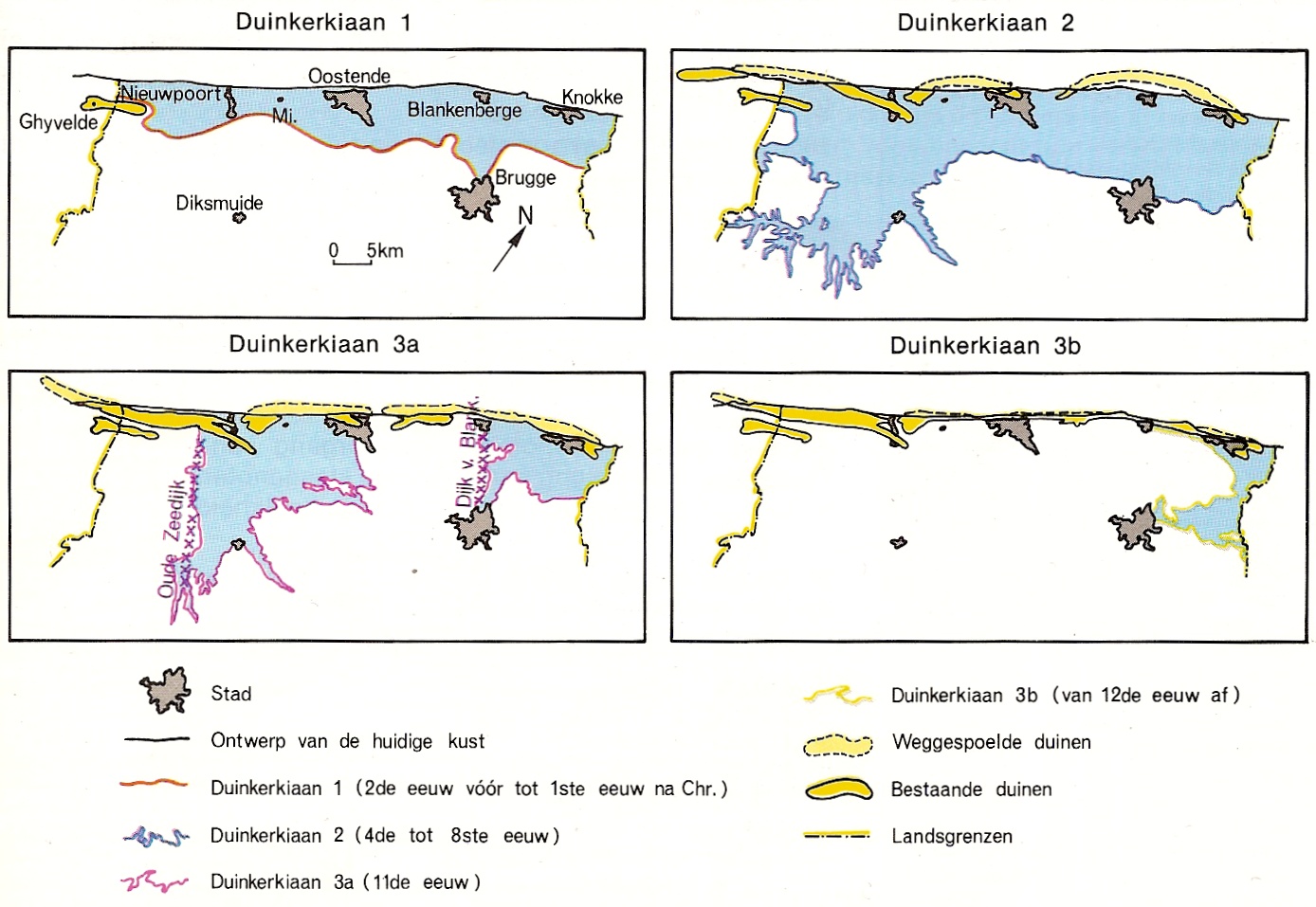 A marine transgression is a geologic event during which sea level rises relative to the land and the shoreline moves toward higher ground, which results in flooding. Transgressions can be caused by the land sinking or by the ocean basins filling with water or decreasing in capacity. Transgressions and regressions may be caused by tectonic events such as orogenies, severe climate change such as ice ages or isostatic adjustments following removal of ice or sediment load. During the Cretaceous, seafloor spreading created a relatively shallow Atlantic basin at the expense of deeper Pacific basin. That reduced the world's ocean basin capacity and caused a rise in sea level worldwide. As a result of the sea level rise, the oceans transgressed completely across the central portion of North America and created the Western Interior Seaway from the Gulf of Mexico to the Arctic Ocean. The opposite of transgression is regression in which the sea level falls relative to the land and exposes former sea bottom. During the Pleistocene Ice Age, so much water was removed from the oceans and stored on land as year-round glaciers that the ocean regressed 120 m, which exposed the Bering land bridge, between Alaska and Asia.

Sedimentary facies changes may indicate transgressions and regressions and are often easily identified, because of the unique conditions required to deposit each type of sediment. For instance, coarse-grained clastics like sand are usually deposited in nearshore, high-energy environments; fine-grained sediments however, such as silt and carbonate muds, are deposited farther offshore, in deep, low-energy waters. Thus, a transgression reveals itself in the sedimentary column when there is a change from nearshore facies (such as sandstone) to offshore ones (such as marl), from the oldest to the youngest rocks. A regression will feature the opposite pattern, with offshore facies changing to nearshore ones.