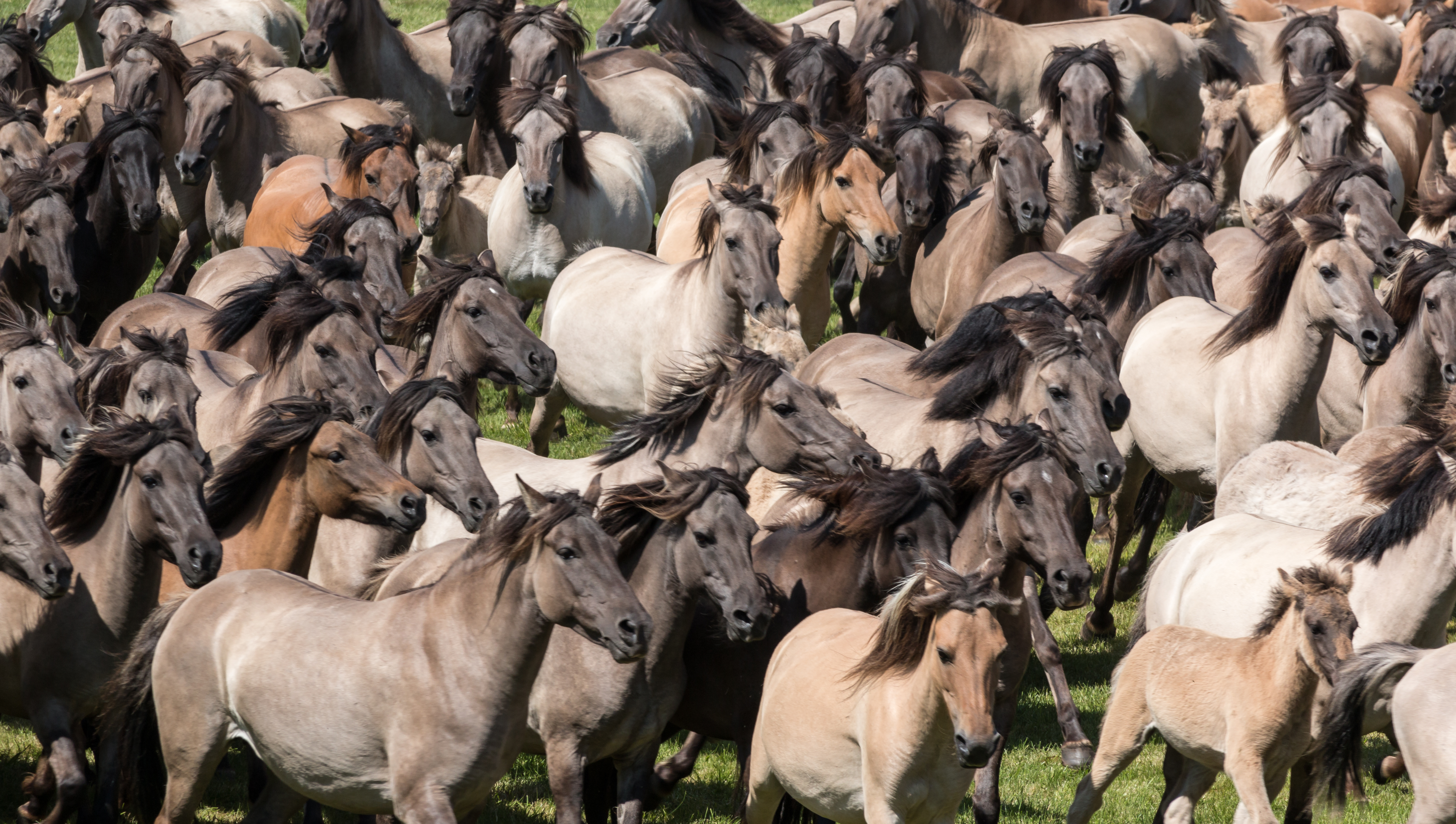 A stampede () is uncontrolled concerted running as an act of mass impulse among herd animals or a crowd of people in which the group collectively begins running, often in an attempt to escape a perceived threat. Non-human species associated with stampede behavior include zebras, cattle, elephants, reindeer, blue wildebeests, walruses, wild horses, and rhinoceroses.

Anything unusual may start a stampede among cattle. Especially at night, things such as lighting a match, someone jumping off a horse, a horse shaking itself, a lightning strike, a tumbleweed blown into the herd, or "a horse running through a herd kicking at a saddle which has turned under its belly" have been known to cause stampedes. A large stampede typically eliminates everything in its path. With livestock, cowboys attempt to turn the moving herd into itself, so that it runs in circles rather than running off a cliff or into a river, and avoids damaging human life or property. Tactics used to make the herd turn into itself include firing a pistol, which creates noise to make the leaders of the stampede turn. Animals that stampede, especially cattle, are less likely to do so after having eaten and spread out in smaller groups to digest. To further reduce the risk of stampedes, cowboys sometimes sing or whistle to calm the herds disquieted by nightfall. Those on watch at night avoid doing things which could startle the herd and even distance themselves before dismounting a horse or lighting a match. Sometimes people purposefully induce cattle to stampede as a component of warfare or hunting, such as some Native Americans, who were known to provoke American bison herds to stampede off a buffalo jump for hunting purposes, and harvest the animals after they are killed or incapacitated by the fall.

Crushes often occur during religious pilgrimages and large entertainment events, as they tend to involve dense crowds, with people closely surrounded on all sides. Human stampedes and crushes also occur in episodes of panic (e.g. in response to a fire or explosion) as people try to get away.

According to experts, true "stampedes" (and "panics") rarely occur except when many people are fleeing in fear, such as from a fire, and trampling by people in such "stampede" conditions rarely causes fatal injuries.