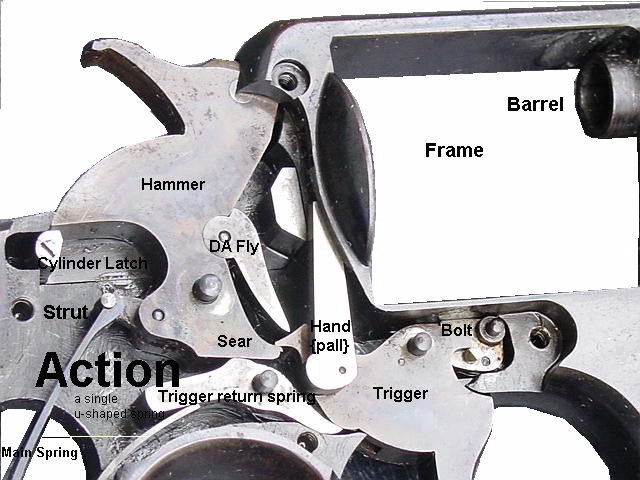 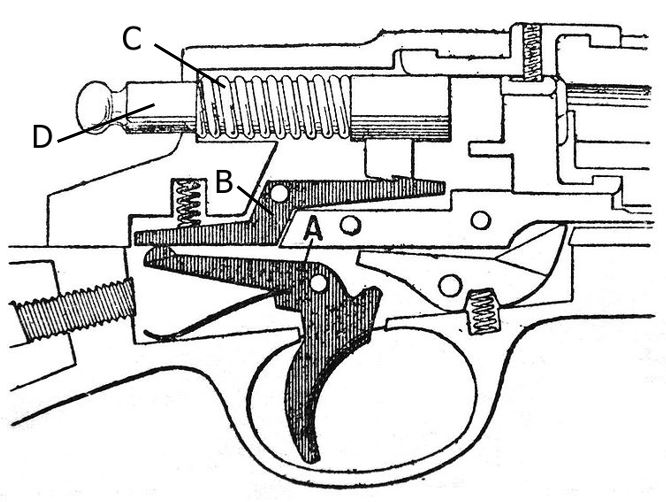 As one firearms manufacturer notes:

The term "sear" is sometimes incorrectly used to describe a complete trigger group. Within a trigger group, any number of sears may exist. For example, a Ruger Blackhawk single-action revolver contains one for releasing the hammer. A Ruger Redhawk double/single-action revolver contains two, one for single-action release and the other for double-action release. A Browning BLR rifle contains three sears, all used simultaneously for hammer release. On many select-fire rifles two sears exist, one for semi-automatic fire and the second for full-automatic fire. In this case, the selector switch disengages one over the other. Trigger sears are a key component for trigger pull characteristics. Larger sears create creep while shorter ones produce a crisp pull. Aftermarket trigger companies, such as Bold, Timney, and Jewell, produce products in which sear contact is adjustable for personal preference. When a gunsmith does a "trigger job" to improve the quality and release of a trigger pull, most often the work includes modifying the sear, such as polishing, lapping, etc. The sear on many firearms is often connected to a disconnector, which, after a cycle of semi-automatic fire has proceeded, keeps the hammer in place until the trigger is released and the sear takes over. Many firearms, such as the M1911 pistol, use a notch in the slide of the handgun that the top end of the disconnector returns to after the trigger is released. When the trigger is still under pressure by the firearm operator, the disconnector will not retract to its resting position. On other handguns, such as the Series 80 version of the M1911, a firing pin block acts as an internal safety, which is disengaged by the disconnector after the trigger is pulled. However, because of the spring tension placed on the disconnector by the firing pin block, the weight of the trigger pull is significantly increased. Trigger pull is related to the interaction of the sear with the trigger and the spring. It can be measured, regulated and adjusted, but it is a complicated mechanical problem.

The sear has been found on early weapons such as the crossbow.