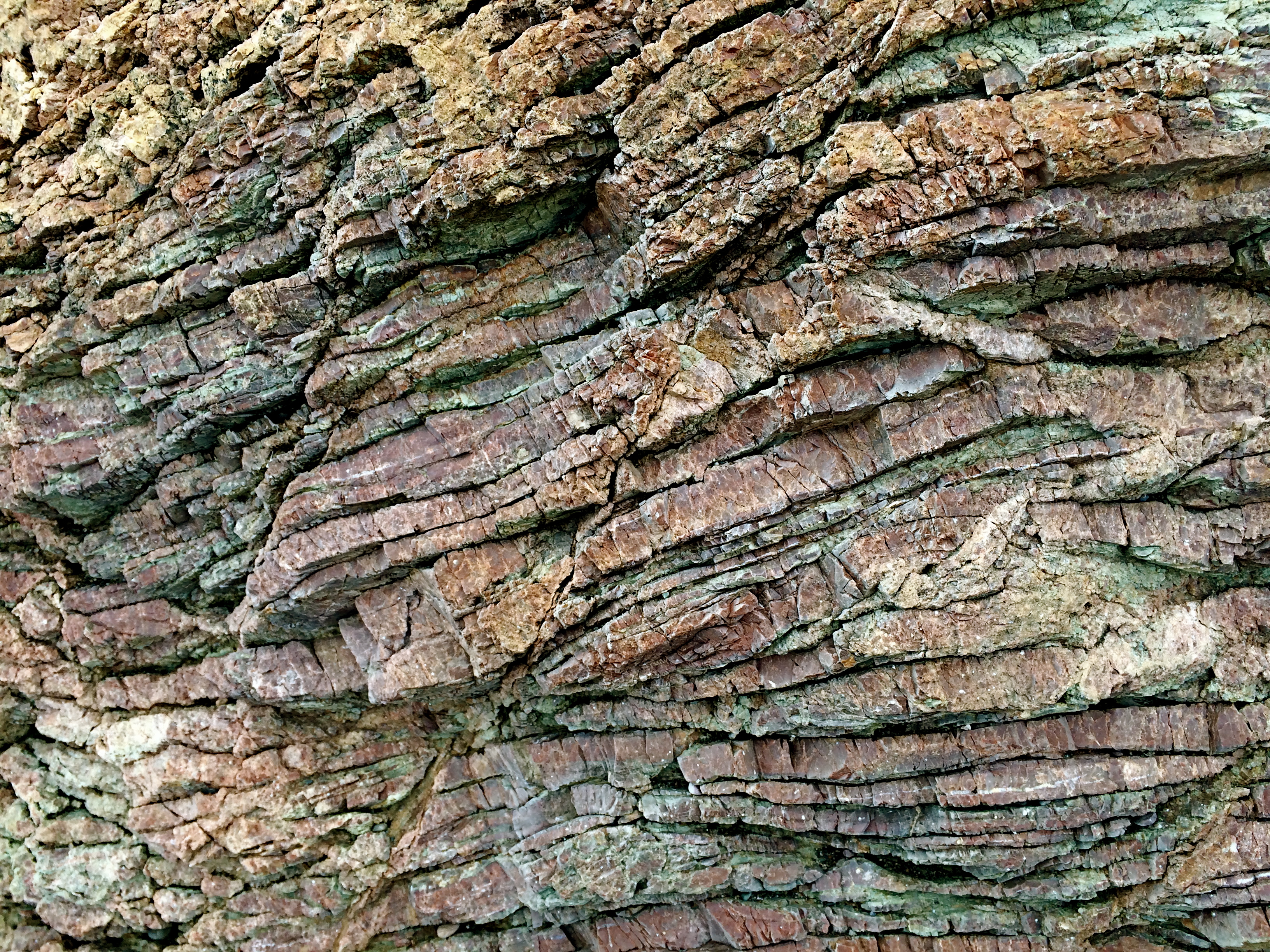 Radiolarites are biogenic, marine, finely layered sedimentary rocks. The layers reveal an interchange of clastic mica grains, radiolarian tests, carbonates and organic pigments. Clay minerals are usually not abundant. Radiolarites deposited in relatively shallow depths can interleave with carbonate layers. Yet most often radiolarites are pelagic, deep water sediments. Radiolarites are very brittle rocks and hard to split. They break conchoidally with sharp edges. During weathering they decompose into small, rectangular pieces. The colors range from light (whitish) to dark (black) via red, green and brown hues. Radiolarites are composed mainly of radiolarian tests and their fragments. The skeletal material consists of amorphous silica (opal A). Radiolarians are marine, planktonic protists with an inner skeleton. Their sizes range from 0.1 to 0.5 millimeters. Amongst their major orders albaillellaria, ectinaria, the spherical spumellaria and the hood-shaped nassellaria can be distinguished.

According to Takahashi (1983) radiolarians stay for 2 to 6 weeks in the euphotic zone (productive surface layer to 200 meters water depth) before they start sinking. Their descent through 5000 meters of ocean water can take from two weeks to as long as 14 months. As soon as the protist dies and starts decaying, silica dissolution affects the skeleton. The dissolution of silica in the oceans parallels the temperature/depth curve and is most effective in the uppermost 750 meters of the water column, farther below it rapidly diminishes. Upon reaching the sediment/water interface the dissolution drastically increases again. Several centimeters below this interface the dissolution continues also within the sediment, but at a much reduced rate. It is in fact astonishing that any radiolarian tests survive at all. It is estimated that only as little as one percent of the original skeletal material is preserved in radiolarian oozes. According to Dunbar & Berger (1981) even this minimal preservation of one percent is merely due to the fact that radiolarians form colonies and that they are occasionally embedded in fecal pellets and other organic aggregates. The organic wrappings act as a protection for the tests (Casey et al. 1979) and spare them from dissolution, but of course speed up the sinking time by a factor of 10.