A plumber is a tradesperson who specializes in installing and maintaining systems used for potable (drinking) water, sewage and drainage in plumbing systems.

The word "plumber" dates from the Roman Empire. The Latin for lead is '. Roman roofs used lead in conduits and drain pipes and some were also covered with lead, lead was also used for piping and for making baths. In medieval times anyone who worked with lead was referred to as a plumber as can be seen from an extract of workmen fixing a roof in Westminster Palace and were referred to as plumbers "To Gilbert de Westminster, plumber, working about the roof of the pantry of the little hall, covering it with lead, and about various defects in the roof of the little hall". Thus a person with expertise in working with lead was first known as a ''Plumbarius'' which was later shortened to plumber. 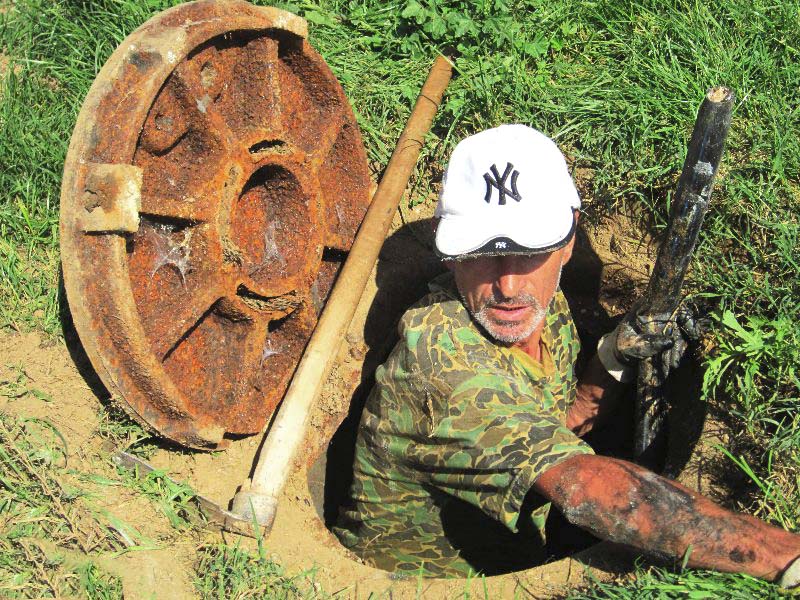 Each state and locality may have its own licensing and taxing schemes for plumbers. Some states license journeyman and master plumbers separately, while others license only master plumbers. To become licensed, plumbers must meet standards for training and experience, and in most cases, pass a certification exam. There is no federal law establishing licenses for plumbers.

In Canada, licensing requirements differ by province, however the provinces have pooled resources to develop an Interprovincial Program Guide that developed and maintains apprenticeship training standards across all provinces. The Red Seal Program, formally known as the Interprovincial Standards Red Seal Program, is a program that sets common standards to assess the skills of tradespeople across Canada. The Red Seal, when affixed to a provincial or territorial trade certificate, indicates that a tradesperson has demonstrated the knowledge required for the national standard in that trade.

In Ireland, a 4-year apprenticeship plus qualification exam was necessary for someone to practice professionally. Accreditation of businesses is of great help in order to show their credibility and experience in the job.

There are many types of dangers to a plumber. Some of them are strains and sprains, cuts and lacerations, bruises and contusions, fractures, burns and scalds, foreign bodies in the eye, and hernias. Working at height, confined spaces, lead and asbestos are all on site dangers that plumbers can face.

Plumbers risk infections when dealing with human waste when repairing sewage systems. Microbes can be excreted in the feces or vomit of the sufferer onto the toilet or sewage pipes. Human waste can contain infectious diseases such as cholera, typhoid, hepatitis, polio, cryptosporidiosis, ascariasis, and schistosomiasis.

The term "White House Plumbers" was a popular name given to the covert White House Special Investigations Unit established on July 24, 1971 during the presidency of Richard Nixon. Their job was to plug intelligence "leaks" in the U.S. Government relating to the Vietnam War (i.e. the Pentagon Papers); hence the term "plumbers".