A payroll is the list of employees of some company that is entitled to receive payments as well as other work benefits and the amounts that each should receive. Along with the amounts that each employee should receive for time worked or tasks performed, payroll can also refer to a company's records of payments that were previously made to employees, including
salaries A salary is a form of payment from an employer to an employee, which may be specified in an employment contract. It is contrasted with piece wage A wage is the distribution from an employer Employment is a relationship between two parties ...
and
wage A wage is the distribution from an employer of a ''security'' (expected return or profits derived solely from others) paid to an employee. Like interest is paid out to an investor on his investments, a wage is paid (from company earnings) to t ... 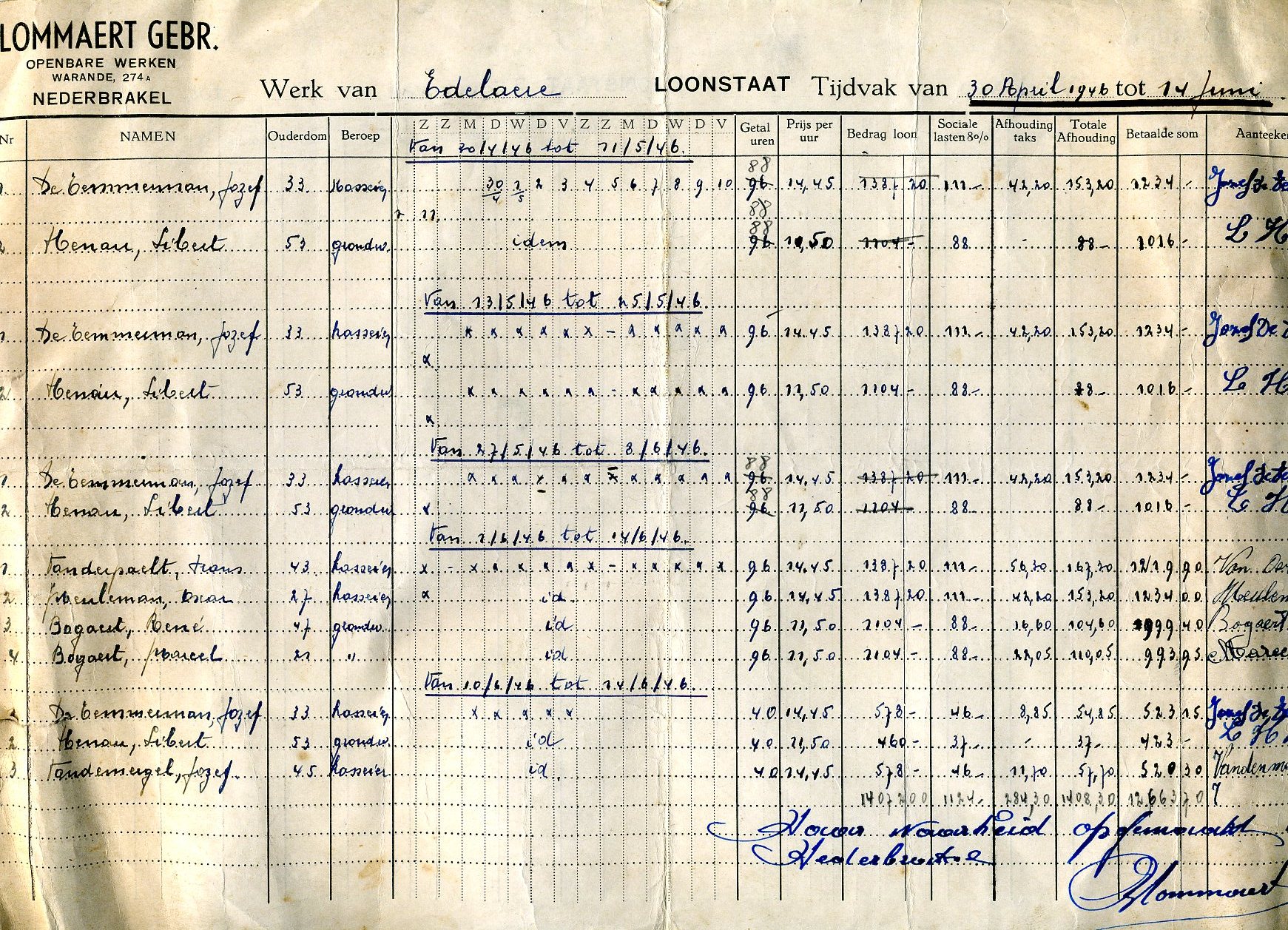 . A company may handle all aspects of the payroll process in-house or can outsource aspects to a payroll processing company. Payroll in the U.S. is subject to federal, state and local regulations including employee exemptions,
record keepingRecords management, also known as records and information management, is an organizational function devoted to the management of information in an organization throughout its life cycle Life cycle, life-cycle, or lifecycle may refer to: Science ...
, and tax requirements.

Companies typically process payroll at regular intervals. This interval varies from company to company and may differ within the company for different types of employee. According to research conducted in February 2019 by the U.S. Department of Labor and the
Bureau of Labor Statistics The Bureau of Labor Statistics (BLS) is a unit of the United States Department of Labor The United States Department of Labor (DOL) is a cabinet-level department of the U.S. federal government responsible for occupational safety and health, ...
, the four most common pay frequencies were: * Weekly — 33.8% — Fifty-two 40-hour pay periods per year and include one 40 hour work week for overtime calculations. * Biweekly — 42.2% — Twenty-six 80-hour pay periods per year, consisting of two 40 hour work weeks for overtime calculations. * Semi-monthly — 18.6% — Twenty-four pay periods per year with two pay dates per month. Compensation is commonly paid on either the 1st and the 15th day of the month or the 15th and the last day of the month and consists of 86.67 hours per pay period. * Monthly — 5.4% — Twelve pay periods per year with a monthly payment date. Each monthly payroll consists of 173.33 hours.

Gross pay, also known as
gross income For households and individuals, gross income is the sum of all wages A wage is the distribution from an employer Employment is the relationship between two party (law), parties, usually based on a employment contract, contract where work ...
, is the total payment that an employee earns before any deductions or taxes are taken out. For employees that are hourly, gross pay is calculated when the rate of hourly pay is multiplied by the total number of regular hours worked. If the employee has overtime hours, these are multiplied by the overtime rate of pay, and the two amounts are added together. Also included in gross pay is any other type of earnings that an employee may have. These may include holiday pay, vacation or sick pay, bonuses, and any miscellaneous pay that the employee may receive.

A wage
garnishment Garnishment is a legal process for collecting a monetary judgment Judgement (or US spelling judgment) is also known as ''adjudication Adjudication is the legal process by which an arbiter or judge A judge is a person who wiktionary:pres ...
is a court-ordered method of collecting overdue debts that require employers to withhold money from employee wages and then send it directly to the creditor. Wage garnishments are post-tax deductions, meaning that these mandatory withholdings do not lower an employee's taxable income. Unpaid debts that may result in wage garnishments include credit card bills and medical bills, child support and alimony, federal student loans, and tax levies. Each of these garnishments may have different limit on the amount that may be deducted.

Net pay is the total amount that an employee receives after all required and voluntary deductions are taken out.

Businesses may decide to outsource their payroll functions to an outsourcing service like a
Payroll service bureau A financial bureau is an accounting business whose main focus is the preparation of finance for other businesses. In the USA such firms are often run by Certified Public Accountant#REDIRECT Certified Public Accountant {{Redirect category shell, ...
or a fully managed payroll service. These can normally reduce the costs involved in having payroll trained employees in-house as well as the costs of systems and software needed to process a payroll. Where this may reduce the cost for some companies many will foot a bigger bill to outsource their payroll if they have a specially designed payroll program or payouts for their employees. In many countries, business payrolls are complicated in that
taxes A tax is a compulsory financial charge or some other type of levy imposed on a taxpayer (an individual or legal entity In law Law is a system A system is a group of Interaction, interacting or interrelated elements that act accord ...
must be filed consistently and accurately to applicable regulatory agencies. For example, restaurant payrolls which typically include
tip Tip commonly refers to: * Tip (gambling) * Tip (gratuity) * Tip (law enforcement) Tip or TIP may also refer to: Science and technology * Targeted intervention program, a type of medication therapy management * Tip and ring, two wires in a telep ...
calculations, deductions, garnishments, and other variables, can be difficult to manage especially for new or small business owners. In the UK, payroll bureaus will deal with all HM Revenue & Customs inquiries and deal with employee's queries. Payroll bureaus also produce reports for the businesses' account department and payslips for the employees and can also make the payments to the employees if required. As of 6 April 2016, umbrella companies are no longer able to offset travel and subsistence expenses and if they do, they will be deemed liable to reimburse HMRC any tax relief obtained. Furthermore, recruitment companies and clients may be potentially liable for the unpaid tax. Another reason many businesses outsource is because of the ever-increasing complexity of payroll legislation. Annual changes in tax codes, ''Pay as you earn'' (
PAYE A pay-as-you-earn tax (PAYE), or pay-as-you-go (PAYG) in Australia, is a withholding of taxes on income payments to employees. Amounts withheld are treated as advance payments of income tax An income tax is a tax imposed on individuals or entitie ...
) and
National Insurance National Insurance (NI) is a fundamental component of the welfare state in the United Kingdom Welfare is a type of government support intended to ensure that members of a society can meet basic human needs such as food and shelter. Social s ...
bands, as well as statutory payments and deductions having to go through the payroll, often mean there is a lot to keep abreast of to maintain compliance with the current legislation. On the other hand, businesses may also decide to utilize payroll software to supplement the efforts of a payroll accountant or office instead of hiring more payroll specialists and outsourcing a payroll company. Payroll software bases its calculation on entered rate, approved data obtained from other integrated tools like the electronic Bundy clock, and other essential digital HR tools.