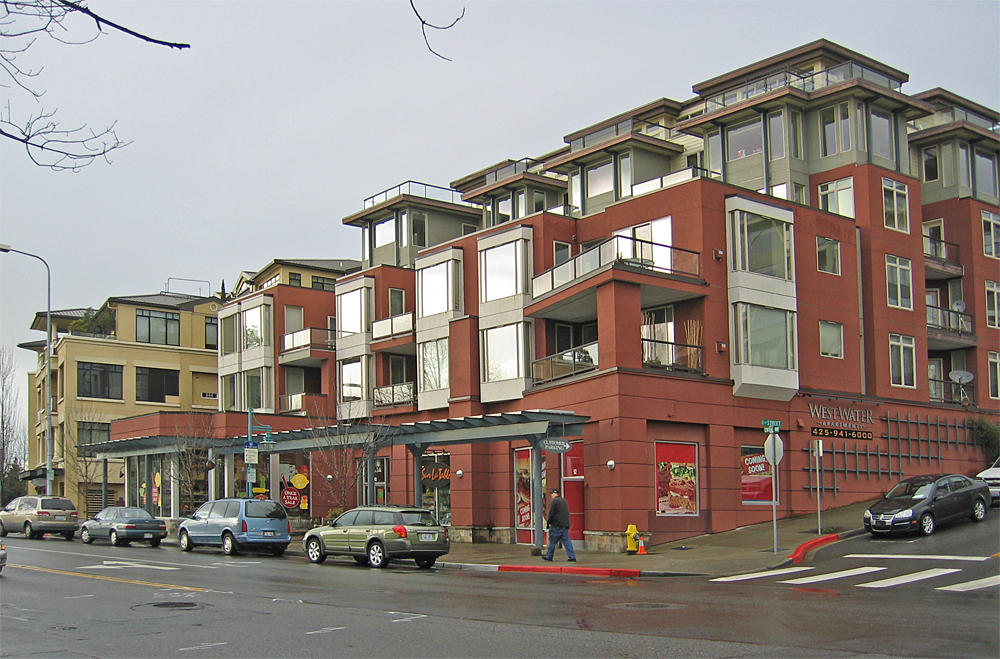 Use in North America vs. Europe

Traditionally, human settlements have developed in mixed-use patterns. However, with industrialisation as well as the invention of the skyscraper, governmental zoning regulations were introduced to separate different functions, such as manufacturing, from residential areas. In the United States, the heyday of separate-use zoning was after World War II, but since the 1990s, mixed-use zoning has once again become desirable as the benefits are recognized. In most of Europe, government policy has encouraged the continuation of the city center's role as a main location for business, retail, restaurant, and entertainment activity, unlike in the United States where zoning actively discouraged such mixed use for many decades. As a result, much of Europe's central cities are mixed use "by default" and the term "mixed-use" is much more relevant regarding new areas of the city, when an effort is made to mix residential and commercial activities – such as in Amsterdam's Eastern Docklands – rather than separate them.

Mixed-use development allows the creation of plazas and outdoor corridors between buildings and sidewalks. Street facing facades have a maximum setback to how much space is allocated for pedestrians to gather in. Landscaping another feature in outdoor spaces allow trees and plants to grow on buildings vertically rather than being faced out in a front row.

Mixed-use in centers that have increased in population density has allowed people to access places through public transit and has helped encourage walking, biking, and cycling to places of work and errands. Transportation has played a role in mitigating climate change by reducing congestion on roads and building up freight movement for goods and services. Street-level designs in place in cities like Boston, Seattle, and Denver allowed for increased investments in pedestrian walkways, plazas, and bike paths to connect shops and workplaces. This has helped reduce the need for parking lots and garages.

Expanded use of mixed-use zoning and mixed-use developments may be found in a variety of contexts, such as the following (multiple such contexts might apply to one particular project or situation): * as part of smart growth planning strategies * in traditional urban neighborhoods, as part of urban renewal and/or infill, i.e. upgrading the buildings and public spaces and amenities of the neighborhood to provide more and/or better housing and a better quality of life - examples include Barracks Row in Washington, D.C. and East Liberty, Pittsburgh * in traditional suburbs, adding one or more mixed-use developments to provide a new or more prominent "downtown" for the community - examples include new projects in downtown Bethesda, Maryland, an inner suburb of Washington, D.C., and the Excelsior & Grand complex in St. Louis Park, Minnesota, an inner suburb of Minneapolis * greenfield developments, i.e. new construction on previously undeveloped land, particularly at the edge of metropolitan areas and in their exurbs, often as part of creating a relatively denser center for the community – an edge city, or part of one, zoned for mixed use, in the 2010s often labeled "urban villages". Examples include Avalon in Alpharetta, Georgia and Halcyon in Forsyth County, Georgia, at the edge of the Atlanta metropolitan area * Repurposing of shopping malls and intensification of development around them, particularly as many shopping malls' retail sales, and ability to rent space to retailers, decrease as part of the 2010s retail apocalypse Any of the above contexts may also include parallel contexts such as: * ''Transit-oriented development'' - for example in Los Angeles and San Diego where the cities made across-the-board zoning law changes permitting denser development within a certain distance of certain types of transit stations, with the primary aim of increasing the amount and affordability of housing * Older cities such as Chicago and San Francisco have ''historic preservation'' policies that sometimes offer more flexibility for older buildings to be used for purposes other than what they were originally zoned for, with the aim of preserving historic architecture

Some of the more frequent mixed-use scenarios in the United States are: