Animals (also called Metazoa) are multicellular eukaryotic organisms that form the biological kingdom Animalia. With few exceptions, animals consume organic material, breathe oxygen, are able to move, can reproduce sexually, and grow from a hollow sphere of cells, the blastula, during embryonic development. Over 1.5 million living animal species have been described—of which around 1 million are insects—but it has been estimated there are over 7 million animal species in total. Animals range in length from to . They have complex interactions with each other and their environments, forming intricate food webs. The scientific study of animals is known as zoology. Most living animal species are in Bilateria, a clade whose members have a bilaterally symmetric body plan. The Bilateria include the protostomes—in which many groups of invertebrates are found, such as nematodes, arthropods, and molluscs—and the deuterostomes, containing both the echinoderms as well as the chordates, the latter containing the vertebrates. Life forms interpreted as early animals were present in the Ediacaran biota of the late Precambrian. Many modern animal phyla became clearly established in the fossil record as marine species during the Cambrian explosion, which began around 542 million years ago. 6,331 groups of genes common to all living animals have been identified; these may have arisen from a single common ancestor that lived 650 million years ago. Historically, Aristotle divided animals into those with blood and those without. Carl Linnaeus created the first hierarchical biological classification for animals in 1758 with his ''Systema Naturae'', which Jean-Baptiste Lamarck expanded into 14 phyla by 1809. In 1874, Ernst Haeckel divided the animal kingdom into the multicellular Metazoa (now synonymous for Animalia) and the Protozoa, single-celled organisms no longer considered animals. In modern times, the biological classification of animals relies on advanced techniques, such as molecular phylogenetics, which are effective at demonstrating the evolutionary relationships between taxa. Humans make use of many other animal species, such as for food (including meat, milk, and eggs), for materials (such as leather and wool), as pets, and as working animals including for transport. Dogs have been used in hunting, while many terrestrial and aquatic animals were hunted for sports. Nonhuman animals have appeared in art from the earliest times and are featured in mythology and religion.

The word "animal" comes from the Latin ', meaning ''having breath'', ''having soul'' or ''living being''. The biological definition includes all members of the kingdom Animalia. In colloquial usage, the term ''animal'' is often used to refer only to nonhuman animals.

Animals have several characteristics that set them apart from other living things. Animals are eukaryotic and multicellular. Unlike plants and algae, which produce their own nutrients animals are heterotrophic, feeding on organic material and digesting it internally. With very few exceptions, animals respire aerobically. All animals are motile (able to spontaneously move their bodies) during at least part of their life cycle, but some animals, such as sponges, corals, mussels, and barnacles, later become sessile. The blastula is a stage in embryonic development that is unique to most animals, allowing cells to be differentiated into specialised tissues and organs.

All animals are composed of cells, surrounded by a characteristic extracellular matrix composed of collagen and elastic glycoproteins. During development, the animal extracellular matrix forms a relatively flexible framework upon which cells can move about and be reorganised, making the formation of complex structures possible. This may be calcified, forming structures such as shells, bones, and spicules. In contrast, the cells of other multicellular organisms (primarily algae, plants, and fungi) are held in place by cell walls, and so develop by progressive growth. Animal cells uniquely possess the cell junctions called tight junctions, gap junctions, and desmosomes. With few exceptions—in particular, the sponges and placozoans—animal bodies are differentiated into tissues. These include muscles, which enable locomotion, and nerve tissues, which transmit signals and coordinate the body. Typically, there is also an internal digestive chamber with either one opening (in Ctenophora, Cnidaria, and flatworms) or two openings (in most bilaterians).

Nearly all animals make use of some form of sexual reproduction. They produce haploid gametes by meiosis; the smaller, motile gametes are spermatozoa and the larger, non-motile gametes are ova. These fuse to form zygotes, which develop via mitosis into a hollow sphere, called a blastula. In sponges, blastula larvae swim to a new location, attach to the seabed, and develop into a new sponge. In most other groups, the blastula undergoes more complicated rearrangement. It first invaginates to form a gastrula with a digestive chamber and two separate germ layers, an external ectoderm and an internal endoderm. In most cases, a third germ layer, the mesoderm, also develops between them. These germ layers then differentiate to form tissues and organs. Repeated instances of mating with a close relative during sexual reproduction generally leads to inbreeding depression within a population due to the increased prevalence of harmful recessive traits. Animals have evolved numerous mechanisms for avoiding close inbreeding. Some animals are capable of asexual reproduction, which often results in a genetic clone of the parent. This may take place through fragmentation; budding, such as in ''Hydra'' and other cnidarians; or parthenogenesis, where fertile eggs are produced without mating, such as in aphids.

Animals are categorised into ecological groups depending on how they obtain or consume organic material, including carnivores, herbivores, omnivores, detritivores, and parasites. Interactions between animals form complex food webs. In carnivorous or omnivorous species, predation is a consumer-resource interaction where a predator feeds on another organism (called its ''prey''). Selective pressures imposed on one another lead to an evolutionary arms race between predator and prey, resulting in various anti-predator adaptations. Almost all multicellular predators are animals. Some consumers use multiple methods; for example, in parasitoid wasps, the larvae feed on the hosts' living tissues, killing them in the process, but the adults primarily consume nectar from flowers. Other animals may have very specific feeding behaviours, such as hawksbill sea turtles primarily eating sponges.

Most animals rely on the biomass and energy produced by plants through photosynthesis. Herbivores eat plant material directly, while carnivores, and other animals on higher trophic levels typically acquire it indirectly by eating other animals. Animals oxidize carbohydrates, lipids, proteins, and other biomolecules to unlock the chemical energy of molecular oxygen, which allows the animal to grow and to sustain biological processes such as locomotion. Animals living close to hydrothermal vents and cold seeps on the dark sea floor consume organic matter of archaea and bacteria produced in these locations through chemosynthesis (by oxidizing inorganic compounds, such as hydrogen sulfide). Animals originally evolved in the sea. Lineages of arthropods colonised land around the same time as land plants, probably between 510 and 471 million years ago during the Late Cambrian or Early Ordovician. Vertebrates such as the lobe-finned fish ''Tiktaalik'' started to move on to land in the late Devonian, about 375 million years ago. Animals occupy virtually all of earth's habitats and microhabitats, including salt water, hydrothermal vents, fresh water, hot springs, swamps, forests, pastures, deserts, air, and the interiors of animals, plants, fungi and rocks. Animals are however not particularly heat tolerant; very few of them can survive at constant temperatures above . Only very few species of animals (mostly nematodes) inhabit the most extreme cold deserts of continental Antarctica. 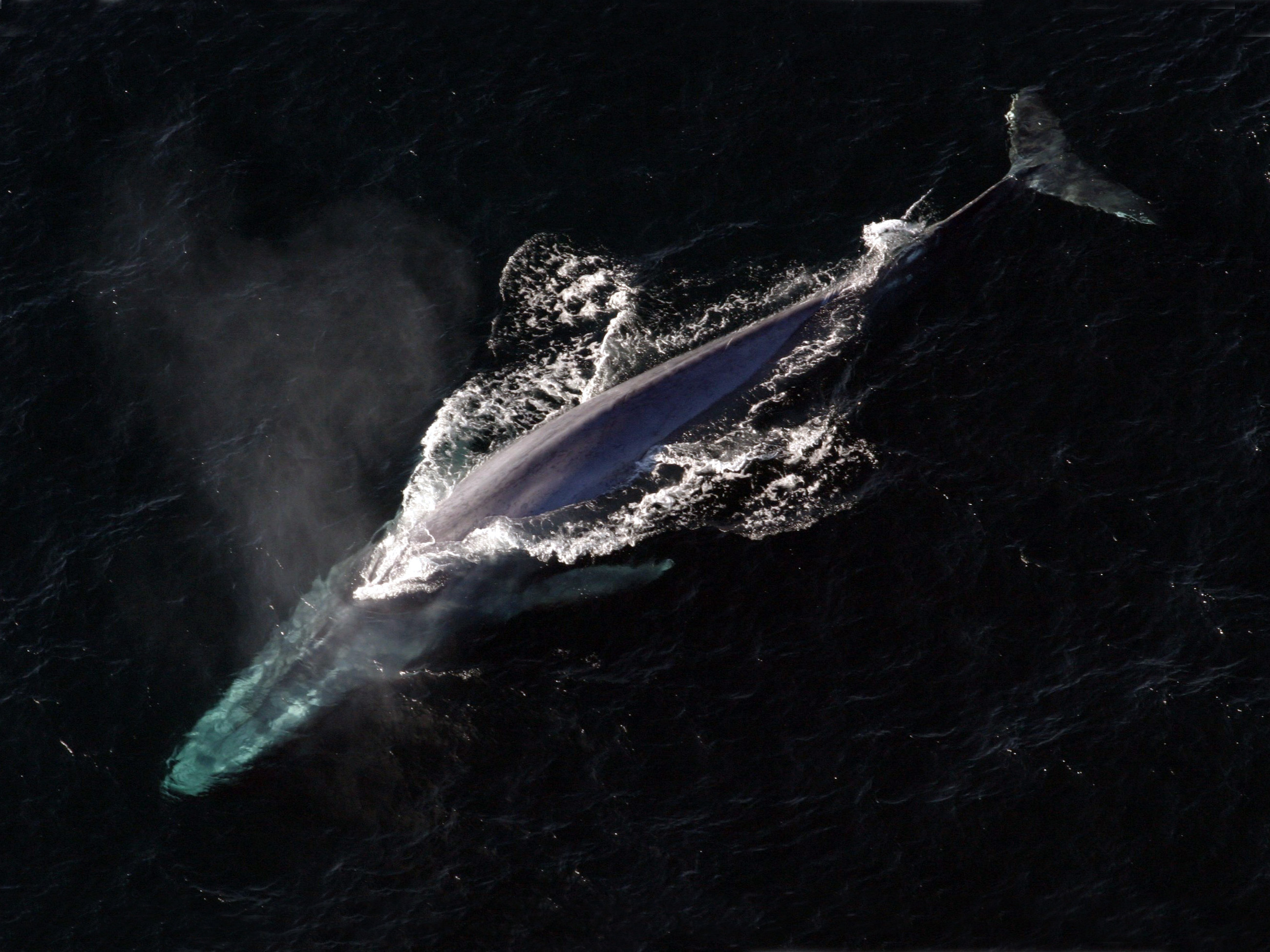