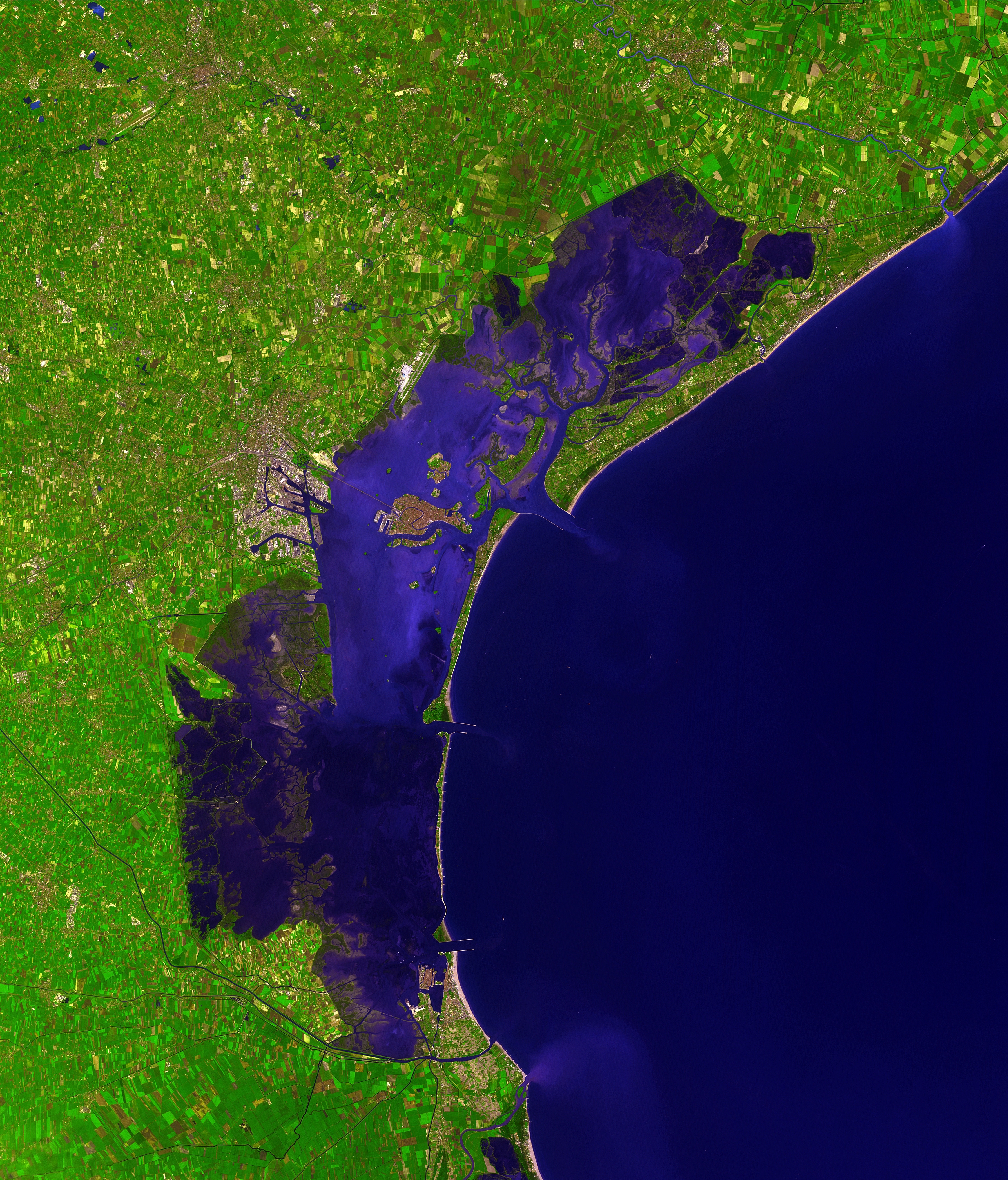 A lagoon is a shallow body of water separated from a larger body of water by reefs, barrier islands, or a barrier peninsula. Lagoons are commonly divided into coastal lagoons and atoll lagoons. They have also been identified as occurring on mixed-sand and gravel coastlines. There is an overlap between bodies of water classified as coastal lagoons and bodies of water classified as estuaries. Lagoons are common coastal features around many parts of the world.

Lagoons are shallow, often elongated bodies of water separated from a larger body of water by a shallow or exposed shoal, coral reef, or similar feature. Some authorities include fresh water bodies in the definition of "lagoon", while others explicitly restrict "lagoon" to bodies of water with some degree of salinity. The distinction between "lagoon" and "estuary" also varies between authorities. Richard A. Davis Jr. restricts "lagoon" to bodies of water with little or no fresh water inflow, and little or no tidal flow, and calls any bay that receives a regular flow of fresh water an "estuary". Davis does state that the terms "lagoon" and "estuary" are "often loosely applied, even in scientific literature." Timothy M. Kusky characterizes lagoons as normally being elongated parallel to the coast, while estuaries are usually drowned river valleys, elongated perpendicular to the coast.