The kilometre (SI symbol: km; or ), spelt kilometer in American English, is a unit of length in the metric system, equal to one thousand metres (kilo- being the SI prefix for ). It is now the measurement unit used for expressing distances between geographical places on land in most of the world; notable exceptions are the United States and the United Kingdom where the statute mile is the unit used. The abbreviations k or K (pronounced ) are commonly used to represent kilometre, but are not recommended by the BIPM. A slang term for the kilometre in the US and UK militaries is ''klick''.

There are two common pronunciations for the word. # # The first pronunciation follows a pattern in English whereby metric units are pronounced with the stress on the first syllable (as in kilogram, kilojoule and kilohertz) and the pronunciation of the actual base unit does not change irrespective of the prefix (as in centimetre, millimetre, nanometre and so on). It is generally preferred by the British Broadcasting Corporation (BBC) and the Australian Broadcasting Corporation (ABC). Many scientists and other users, particularly in countries where the metric system is not widely used, use the second pronunciation with stress on the second syllable. The second pronunciation follows the stress pattern used for the names of measuring instruments (such as ''micrometer'', ''barometer'', ''thermometer'', ''tachometer'' and ''speedometer''). The contrast is even more obvious in countries using the Commonwealth spelling rather than American spelling of the word ''metre''. When Australia introduced the metric system in 1975, the first pronunciation was declared official by the government's Metric Conversion Board. However, the Australian prime minister at the time, Gough Whitlam, insisted that the second pronunciation was the correct one because of the Greek origins of the two parts of the word.

Equivalence to other units of length 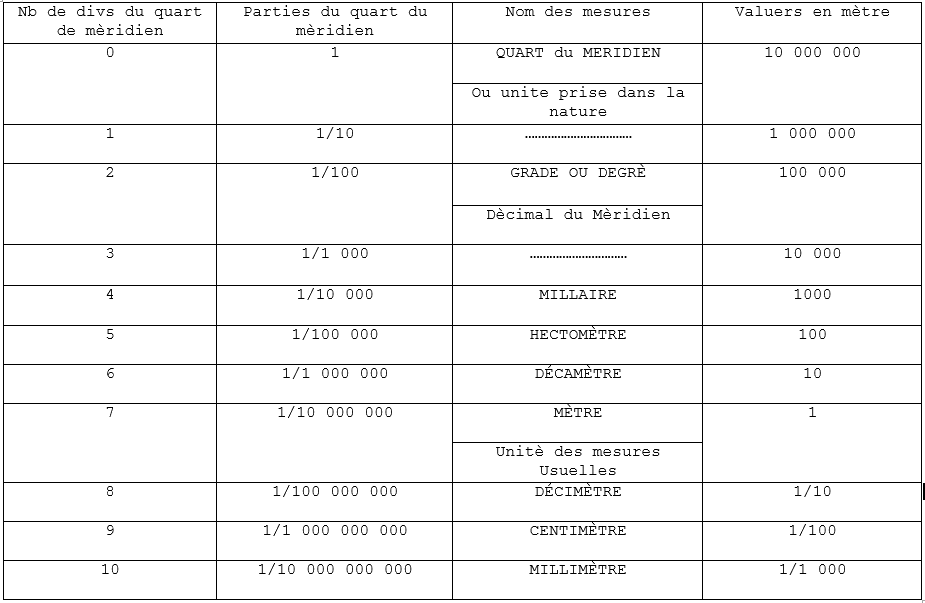 By a decree of 8 May 1790, the Constituent assembly ordered the French Academy of Sciences to develop a new measurement system. In August 1793, the French National Convention decreed the metre as the sole length measurement system in the French Republic. The first name of the kilometre was "Millaire". Although the metre was formally defined in 1799, the myriametre ( metres) was preferred to the "kilometre" for everyday use. The term "''myriamètre''" appeared a number of times in the text of Develey's book ''Physique d'Emile: ou, Principes de la science de la nature'', (published in 1802), while the term ''kilometre'' only appeared in an appendix. French maps published in 1835 had scales showing ''myriametres'' and "''lieues de Poste''" (Postal leagues of about  metres). The Dutch, on the other hand, adopted the kilometre in 1817 but gave it the local name of the ''mijl''. It was only in 1867 that the term "''kilometer''" became the only official unit of measure in the Netherlands to represent  metres. Two German textbooks dated 1842 and 1848 respectively give a snapshot of the use of the kilometre across Europe: the kilometre was in use in the Netherlands and in Italy, and the myriametre was in use in France. In 1935, the International Committee for Weights and Measures (CIPM) officially abolished the prefix "myria-" and with it the "myriametre", leaving the kilometre as the recognised unit of length for measurements of that magnitude.

Some sporting disciplines feature (one-kilometre) races in major events (such as the Olympic Games). In some disciplines—although world records are catalogued—one-kilometre events remain a minority.