Investment casting is an industrial process based on ''lost-wax casting'', one of the oldest known metal-forming techniques. The term "lost-wax casting" can also refer to modern investment casting processes. Investment casting has been used in various forms for the last 5,000 years. In its earliest forms, beeswax was used to form patterns necessary for the casting process. Today, more advanced waxes, refractory materials and specialist alloys are typically used for making patterns. Investment casting is valued for its ability to produce components with accuracy, repeatability, versatility and integrity in a variety of metals and high-performance alloys. The fragile wax patterns must withstand forces encountered during the mold making. Much of the wax used in investment casting can be reclaimed and reused. Lost-foam casting is a modern form of investment casting that eliminates certain steps in the process. Investment casting is so named because the process invests (surrounds) the pattern with refractory material to make a mold, and a molten substance is cast into the mold. Materials that can be cast include stainless steel alloys, brass, aluminium, carbon steel and glass. The cavity inside the refractory mold is an exact duplicate of the desired part. Due to the hardness of refractory materials used, investment casting can produce products with exceptional surface qualities, which can reduce the need for secondary machine processes. Water glass and silica sol investment casting are the two primary investment casting methods nowadays. The main differences are the surface roughness and cost of casting. Water glass method dewaxes into the high-temperature water, and the ceramic mold is made of water glass quartz sand. Silica sol method dewaxes into the flash fire, and silica sol zircon sand makes the ceramic mold. Silica sol method costs more but has the better surface than the water glass method. The process can be used for both small castings of a few ounces and large castings weighing several hundred pounds. It can be more expensive than die casting or sand casting, but per-unit costs decrease with large volumes. Investment casting can produce complicated shapes that would be difficult or impossible with other casting methods. It can also produce products with exceptional surface qualities and low tolerances with minimal surface finishing or machining required. 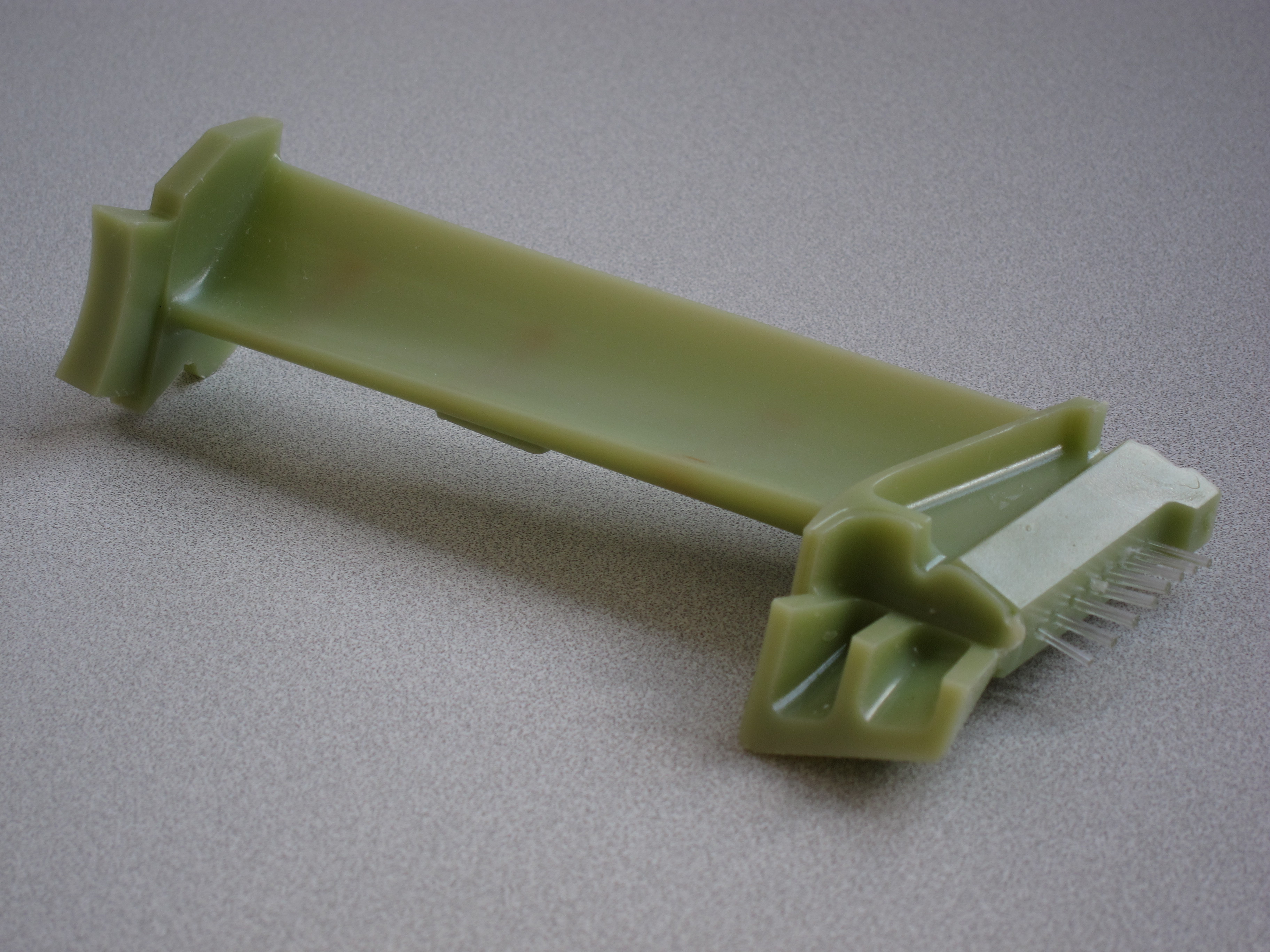 The main disadvantage is the overall cost, especially for short-run productions. Some of the reasons for the high cost include specialized equipment, costly refractories, and binders, many operations to make a mould, a lot of labor is needed and occasional minute defects occur. However, the cost is still less than producing the same part by machining from bar stock; for example, gun manufacturing has moved to investment casting to lower costs of producing pistols. Additionally: * It can be difficult to cast objects requiring cores. * This process is expensive, is usually limited to small casting, and presents some difficulties where cores are involved. * Holes cannot be smaller than 1/16 in. (1.6 mm) and should be no deeper than about 1.5 times the diameter. * Investment castings require longer production cycles compared to other casting processes. * There are many process factors to affect the quality of the mold and casting, so the quality management system is challenging.

The variation on the gravity pouring technique is to fill the mold using a vacuum. A common form of this is called the ''Hitchiner'' process after the Hitchiner Manufacturing Company that invented the technique. In this technique, the mold has a downward fill pipe that is lowered into the melt. A vacuum draws the melt into the cavity; when the important parts have solidified, the vacuum is released, and the unused material leaves the mold. The technique can use substantially less material than gravity pouring because the sprue and some gating need not solidify. This technique is more metal efficient than traditional pouring because less material solidifies in the gating system. Gravity pouring only has a 15 to 50% metal yield compared to 60 to 95% for counter-gravity pouring. There is also less turbulence, so the gating system can be simplified since it does not have to control turbulence. The metal is drawn from below the top of the pool, so the metal is free from dross and slag (which are lower density (lighter) and float to the top of the pool). The pressure differential helps the metal flow into every intricacy of the mold. Finally, lower temperatures can be used, which improves the grain structure. This process is also used to cast refractory ceramics under the term ''vacuum casting''.

''Vacuum pressure casting'' (''VPC''), properly referred to as ''vacuum assist direct pour'', uses gas pressure and a vacuum to improve the quality of the casting and minimize porosity. Typically VPC machines consist of an upper and a lower chamber—the upper chamber, or melting chamber, housing the crucible, and the lower casting chamber housing the investment mould. Both chambers are connected via a small hole containing a stopper. A vacuum is pulled in the lower chamber, while pressure is applied in the upper, and then the stopper is removed. This creates the greatest pressure differential to fill the molds. The most common materials for ''vacuum casting process'' are the high nickel-based alloy and super alloys. Turbocharger products are a common applications for this casting process, though it is also regularly used in the manufacture of silver and gold jewellery.

Investment casting is used with almost any castable metal. However, aluminium alloys, copper alloys, and steel are the most common. In industrial use, the size limits are to several hundred kilograms. The cross-sectional limits are to . Typical tolerances are 0.1 mm for the first 25 mm (0.005 in for the first inch) and 0.02 mm for the each additional centimeter (0.002 in for each additional inch). A standard surface finish is 1.3–4 micrometres (50–125 μin) RMS.

The history of lost-wax casting dates back thousands of years. Its earliest use was for idols, ornaments and jewellery, using natural beeswax for patterns, clay for the moulds and manually operated bellows for stoking furnaces. Examples have been found across the world, such as in the Harappan Civilisation (2500–2000 BC) idols, Egypt's tombs of Tutankhamun (1333–1324 BC), Mesopotamia, Aztec and Mayan Mexico, and the Benin civilization in Africa where the process produced detailed artwork of copper, bronze and gold. The earliest known text that describes the investment casting process (Schedula Diversarum Artium) was written around 1100 A.D. by Theophilus Presbyter, a monk who described various manufacturing processes, including the recipe for parchment. This book was used by sculptor and goldsmith Benvenuto Cellini (1500–1571), who detailed in his autobiography the investment casting process he used for the Perseus with the Head of Medusa sculpture that stands in the Loggia dei Lanzi in Florence, Italy. Investment casting came into use as a modern industrial process in the late 19th century, when dentists began using it to make crowns and inlays, as described by Barnabas Frederick Philbrook of Council Bluffs, Iowa in 1897. Its use was accelerated by William H. Taggart of Chicago, whose 1907 paper described his development of a technique. He also formulated a wax pattern compound of excellent properties, developed an investment material, and invented an air-pressure casting machine. In the 1940s, World War II increased the demand for precision net shape manufacturing and specialized alloys that could not be shaped by traditional methods, or that required too much machining. Industry turned to investment casting. After the war, its use spread to many commercial and industrial applications that used complex metal parts.

Investment casting is used in the aerospace and power generation industries to produce turbine blades with complex shapes or cooling systems. Blades produced by investment casting can include single-crystal (SX), directionally solidified (DS), or conventional equiaxed blades. Investment casting is also widely used by firearms manufacturers to fabricate firearm receivers, triggers, hammers, and other precision parts at low cost. Karsten Solheim famously revolutionized golf club design through his company PING by incorporating investment casting for the first time for clubheads. Quickly the process became an industry standard to allow weight distribution around the perimeter of the clubhead. Other industries that use standard investment-cast parts include military, aerospace, medical, jewelry, airline, automotive and golf clubs especially since the start of 3D printing technology. With the increased availability of higher-resolution 3D printers, 3D printing has begun to be used to make much larger sacrificial molds used in investment casting. Planetary Resources has used the technique to print the mold for a new small satellite, which is then dipped in ceramic to form the investment cast for a titanium space bus with integral propellant tank and embedded cable routing.