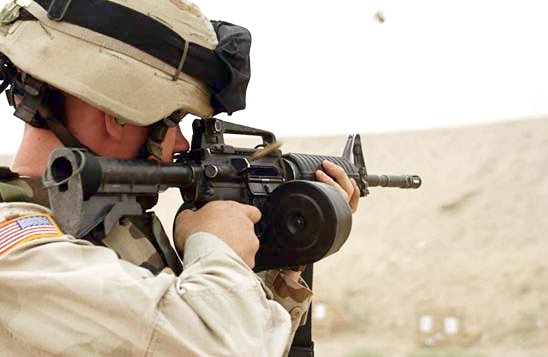 A high-capacity magazine (or large-capacity magazine) is a firearm magazine capable of holding more than the standard number of rounds provided by the designer, or legally, a particular number of cartridges dependent on jurisdiction and kind of firearm.

Drum magazines are high-capacity magazines that are in a cylindrical shape; they once had a reputation for unreliability, but technological improvements resulted in better performance and cheaper cost. As a result, drum magazines became more common in the civilian market in the United States, although they are far less common than standard, lower-capacity box magazines. As of 2019, about six manufacturers produced drum magazine in the United States, retailing for about $100 each. Manufacturers include KCI USA and Magpul Industries; the latter produces the same drum magazines for both civilian and military use.

As of 2019, nine states and the District of Columbia set a maximum limit on the capacity of magazines for at least some firearms. The nine states with high-capacity-magazine limitations are California (Proposition 63, passed in 2016), Colorado, Connecticut, Hawaii, Maryland, Massachusetts, New Jersey, New York, and Vermont.