In earth science, erosion is the action of surface processes (such as water flow or wind) that removes soil, rock, or dissolved material from one location on the Earth's crust, and then transports it to another location. Erosion is distinct from weathering which involves no movement. Removal of rock or soil as clastic sediment is referred to as ''physical'' or ''mechanical'' erosion; this contrasts with ''chemical'' erosion, where soil or rock material is removed from an area by dissolution. Eroded sediment or solutes may be transported just a few millimetres, or for thousands of kilometres. Agents of erosion include rainfall; bedrock wear in rivers; coastal erosion by the sea and waves; glacial plucking, abrasion, and scour; areal flooding; wind abrasion; groundwater processes; and mass movement processes in steep landscapes like landslides and debris flows. The rates at which such processes act control how fast a surface is eroded. Typically, physical erosion proceeds fastest on steeply sloping surfaces, and rates may also be sensitive to some climatically-controlled properties including amounts of water supplied (e.g., by rain), storminess, wind speed, wave fetch, or atmospheric temperature (especially for some ice-related processes). Feedbacks are also possible between rates of erosion and the amount of eroded material that is already carried by, for example, a river or glacier. The transport of eroded materials from their original location is followed by deposition, which is arrival and emplacement of material at a new location. While erosion is a natural process, human activities have increased by 10-40 times the rate at which erosion is occurring globally. At agriculture sites in the Appalachian Mountains, intensive farming practices have caused erosion at up to 100x the natural rate of erosion in the region. Excessive (or accelerated) erosion causes both "on-site" and "off-site" problems. On-site impacts include decreases in agricultural productivity and (on natural landscapes) ecological collapse, both because of loss of the nutrient-rich upper soil layers. In some cases, this leads to desertification. Off-site effects include sedimentation of waterways and eutrophication of water bodies, as well as sediment-related damage to roads and houses. Water and wind erosion are the two primary causes of land degradation; combined, they are responsible for about 84% of the global extent of degraded land, making excessive erosion one of the most significant environmental problems worldwide. Intensive agriculture, deforestation, roads, anthropogenic climate change and urban sprawl are amongst the most significant human activities in regard to their effect on stimulating erosion. However, there are many prevention and remediation practices that can curtail or limit erosion of vulnerable soils. 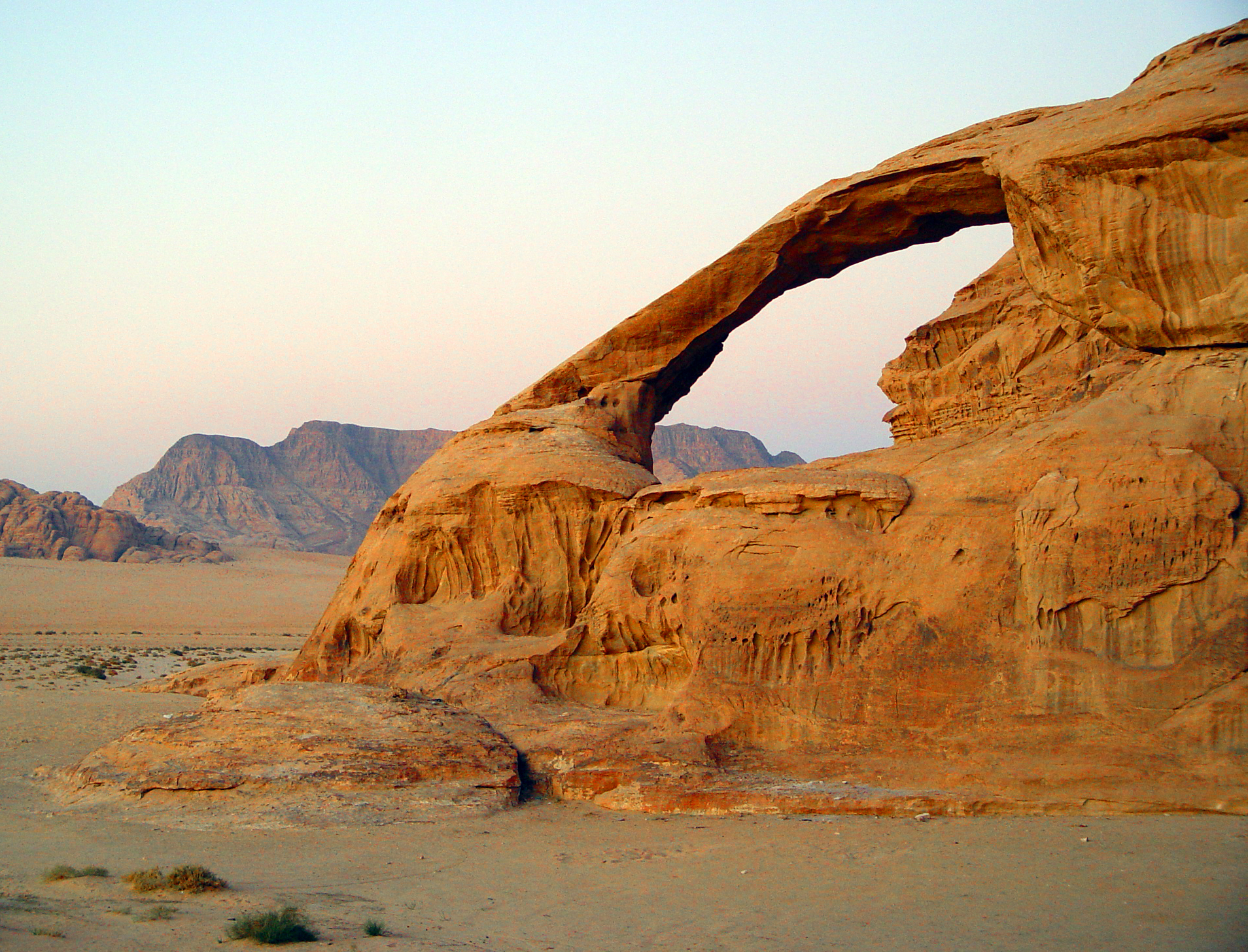 and water being splashed by the impact of a single raindrop Rainfall, and the surface runoff which may result from rainfall, produces four main types of soil erosion: ''splash erosion'', ''sheet erosion'', ''rill erosion'', and ''gully erosion''. Splash erosion is generally seen as the first and least severe stage in the soil erosion process, which is followed by sheet erosion, then rill erosion and finally gully erosion (the most severe of the four). In ''splash erosion'', the impact of a falling raindrop creates a small crater in the soil, ejecting soil particles. The distance these soil particles travel can be as much as 0.6 m (two feet) vertically and 1.5 m (five feet) horizontally on level ground. If the soil is saturated, or if the rainfall rate is greater than the rate at which water can infiltrate into the soil, surface runoff occurs. If the runoff has sufficient flow energy, it will transport loosened soil particles (sediment) down the slope. ''Sheet erosion'' is the transport of loosened soil particles by overland flow.

''Rill erosion'' refers to the development of small, ephemeral concentrated flow paths which function as both sediment source and sediment delivery systems for erosion on hillslopes. Generally, where water erosion rates on disturbed upland areas are greatest, rills are active. Flow depths in rills are typically of the order of a few centimetres (about an inch) or less and along-channel slopes may be quite steep. This means that rills exhibit hydraulic physics very different from water flowing through the deeper, wider channels of streams and rivers. ''Gully erosion'' occurs when runoff water accumulates and rapidly flows in narrow channels during or immediately after heavy rains or melting snow, removing soil to a considerable depth. Extreme gully erosion can progress to formation of badlands. These form under conditions of high relief on easily eroded bedrock in climates favorable to erosion. Conditions or disturbances that limit the growth of protective vegetation (rhexistasy) are a key element of badland formation.

exposed by a river eroding through them ''Valley'' or ''stream erosion'' occurs with continued water flow along a linear feature. The erosion is both Downcutting|downward, deepening the valley, and headward, extending the valley into the hillside, creating head cuts and steep banks. In the earliest stage of stream erosion, the erosive activity is dominantly vertical, the valleys have a typical V cross-section and the stream gradient is relatively steep. When some base level is reached, the erosive activity switches to lateral erosion, which widens the valley floor and creates a narrow floodplain. The stream gradient becomes nearly flat, and lateral deposition of sediments becomes important as the stream meanders across the valley floor. In all stages of stream erosion, by far the most erosion occurs during times of flood when more and faster-moving water is available to carry a larger sediment load. In such processes, it is not the water alone that erodes: suspended abrasive particles, pebbles, and boulders can also act erosively as they traverse a surface, in a process known as ''traction''. ''Bank erosion'' is the wearing away of the banks of a stream or river. This is distinguished from changes on the bed of the watercourse, which is referred to as ''scour''. Erosion and changes in the form of river banks may be measured by inserting metal rods into the bank and marking the position of the bank surface along the rods at different times. ''Thermal erosion'' is the result of melting and weakening permafrost due to moving water. It can occur both along rivers and at the coast. Rapid river channel migration observed in the Lena River of Siberia is due to thermal erosion, as these portions of the banks are composed of permafrost-cemented non-cohesive materials. Much of this erosion occurs as the weakened banks fail in large slumps. Thermal erosion also affects the Arctic coast, where wave action and near-shore temperatures combine to undercut permafrost bluffs along the shoreline and cause them to fail. Annual erosion rates along a segment of the Beaufort Sea shoreline averaged per year from 1955 to 2002. Most river erosion happens nearer to the mouth of a river. On a river bend, the longest least sharp side has slower moving water. Here deposits build up. On the narrowest sharpest side of the bend, there is faster moving water so this side tends to erode away mostly. Rapid erosion by a large river can remove enough sediments to produce a river anticline, as isostatic rebound raises rock beds unburdened by erosion of overlying beds.

Shoreline erosion, which occurs on both exposed and sheltered coasts, primarily occurs through the action of currents and waves but sea level (tidal) change can also play a role. ''Hydraulic action'' takes place when the air in a joint is suddenly compressed by a wave closing the entrance of the joint. This then cracks it. ''Wave pounding'' is when the sheer energy of the wave hitting the cliff or rock breaks pieces off. ''Abrasion'' or ''corrasion'' is caused by waves launching sea load at the cliff. It is the most effective and rapid form of shoreline erosion (not to be confused with ''corrosion''). ''Corrosion'' is the dissolving of rock by carbonic acid in sea water. Limestone cliffs are particularly vulnerable to this kind of erosion. ''Attrition'' is where particles/sea load carried by the waves are worn down as they hit each other and the cliffs. This then makes the material easier to wash away. The material ends up as shingle and sand. Another significant source of erosion, particularly on carbonate coastlines, is boring, scraping and grinding of organisms, a process termed ''bioerosion''. Sediment is transported along the coast in the direction of the prevailing current (longshore drift). When the upcurrent supply of sediment is less than the amount being carried away, erosion occurs. When the upcurrent amount of sediment is greater, sand or gravel banks will tend to form as a result of deposition. These banks may slowly migrate along the coast in the direction of the longshore drift, alternately protecting and exposing parts of the coastline. Where there is a bend in the coastline, quite often a buildup of eroded material occurs forming a long narrow bank (a spit). Armoured beaches and submerged offshore sandbanks may also protect parts of a coastline from erosion. Over the years, as the shoals gradually shift, the erosion may be redirected to attack different parts of the shore. Erosion of a coastal surface, followed by a fall in sea level, can produce a distinctive landform called a raised beach.