A box (plural: boxes) is a type of container or rectangular prism used for the storage or transportation of its contents. The size of a box may vary, from the very smallest (such as a matchbox) to the size of a large appliance, and can be used for a variety of purposes ranging from the functional to the decorative. Boxes may be made of a variety of typically durable materials, such as wood and metal, though common non-durable materials include corrugated fiberboard and paperboard. Corrugated metal boxes are commonly used as shipping containers. Boxes are typically rectangular in shape with a rectangular cross-section, though a box may also have a square, elongated, circular or oval appearance; boxes may also feature sloped or domed top surfaces, or vertical edges, and are not consistently made in a square fashion. Boxes may be closed and shut with flaps, doors, or a separate lid. They can be secured shut with adhesives, tapes, or more decorative or elaborately functional mechanisms, such as a catch, clasp or lock. 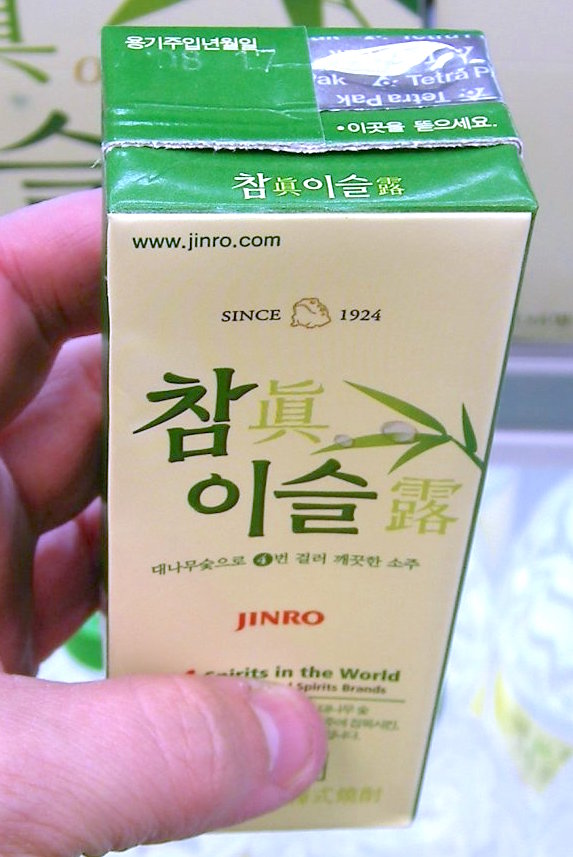 Several types of boxes are used in packaging and storage. * Corrugated boxes are a shipping or product container made from corrugated fiberboard, most commonly used to transport products from a warehouse during distribution. Corrugated boxes are rated based on the strength of their material or their carrying capacity. Corrugated boxes are also used as product packaging, or in point of sale displays. * Folding cartons (sometimes known as a box) are paperboard boxes manufactured with a folding lid. These are used to package a wide range of goods, and can be used for either one-time (non-resealable) usage, or as a storage box for more permanent use. Folding cartons are first printed (if necessary) before being die-cut and scored to form a blank; these are then transported and stored flat, before being constructed at the point of use. ** The gift box is a variant on the folding carton, used for birthday or Christmas gifts. They are usually much lighter in construction and are commonly wrapped in wrapping paper. * Cardboard boxes are sturdy, sealable boxes often used during relocation or moving to organize and efficiently transport objects. They are used for both short term and long term storage. * Gable Boxes are cardboard container type window box, oftentimes used to pack grocery and bakery items. These boxes when assembled come up with a handle on top of them so the packers and movers can easily carry them around. * "Set up" boxes (also known as rigid paperboard boxes) are made of stiff paperboard and are permanently glued together with paper skins that can be printed or colored. Unlike folding cartons, these are assembled at the point of manufacture and transported as already constructed ("set-up"). Set up boxes are more expensive than folding boxes and are typically used for protecting high-value items such as cosmetics, watches or smaller consumer electronics. * Crates are a heavy duty shipping containers. Originally made of wood, crates are distinct from wooden boxes, also used as heavy-duty shipping containers, as a wooden container must have all six of its sides put in place to result in the rated strength of the container. The strength of a wooden box, on the other hand, is rated based on the weight it can carry before the top or opening is installed. ** The wooden wine box or wine crate, originally used for shipping and storing expensive wines, is a variant of the wooden box now used for decorative or promotional purposes, or as a storage box during shipping. * Bulk boxes are large boxes often used in industrial environments, sized to fit on a pallet. Depending on locale and specific usage, the terms carton and box are sometimes used interchangeably. The invention of large steel intermodal shipping containers has helped advance the globalization of commerce.

Boxes for storing various items in can often be very decorative, as they are intended for permanent use and sometimes are put on display in certain locations. The following are some types of storage boxes : * A jewelry (AmE) or jewellery (BrE) box, is a box for trinkets or jewels. It can take a very modest form with paper covering and lining, covered in leather and lined with satin, or be larger and more highly decorated. * A humidor is a special box for storing cigars at the proper humidity, by means of absorbent materials that retain and moderate moisture coming from the cigars. Powered boxes can also maintain the right temperature. The Christmas Ornament Boxes play the same role to present the cigar in the precise custom ways for special Christmas and other events these are customizable boxes and present your product in a Special Way. * A "strong box" or safe, is a secure lockable box for storing money or other valuable items. The term "strong box" is sometimes used for safes that are no longer portable boxes but are installed in a wall or floor for increased security. * A toolbox is used for carrying tools of various kinds. The term implies a container meant for portability rather than just storage, for instance with hinged lids, clasps or locks, reinforced corners, and handles. Toolboxes are usually very sturdy, but unlike a shipping box containing dunnage, are not expected to fully protect their contents if the box is inverted or upended. * The common storage box for tools, instruments, glassware, artworks, etc. is a sturdy box made to be longer-lasting and better-finished than a shipping box or crate. For instance, a box might be a rigid paperboard box instead of a corrugated box. Or it could be a wooden box with a sanded surface and mitered corners instead of a crude crate construction. A storage box may or may not have dunnage or cushions that protect the contents if the box is upended or shaken, and usually does not have hinges, latches or locks, but simply a cover. Boxwood gets its name from its superior properties for manufacturing this type of box, although those properties are equally useful when making a decorative box. * A box file is used commonly in offices for storing papers and smaller files. 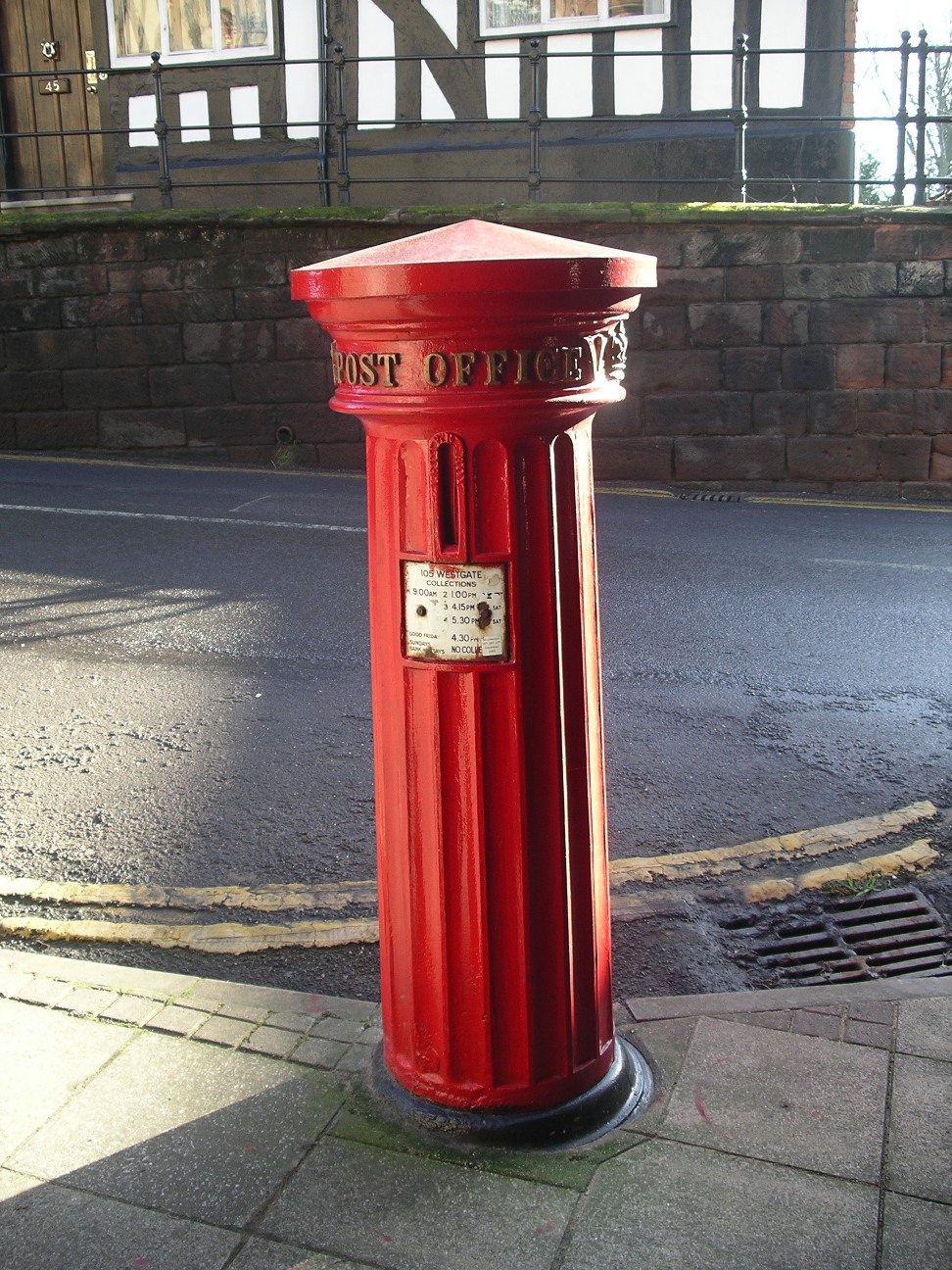 * Post box (British English and others, also written postbox), or ''mailbox'' (North American English and others) is a physical box used to collect mail that is to be sent to a destination. Variants of post boxes for outgoing mail include: ** Lamp box ** Ludlow wall box ** Pillar box ** Wall box Boxes, where postal workers deposit incoming mail for the recipient, include: * Letter box (in the US usually called mailbox), positioned near or on the mail recipient's home or place of work. * Post office box, (often abbreviated P.O. box or PO box), a box rented by the mail recipient to be an independent postal address, located in a post office or in the premises of a company offering such facilities. Self-service boxes are unlocked by the recipient, otherwise, a postal clerk retrieves the mail. A relay box is similar to a post or mailbox, but totally locked; post office trucks deposit mail that is then retrieved and delivered by pedestrian mail carriers. In the United States, they are painted differently from collection boxes.

Booths that are sometimes called boxes

* Call box * Penalty box, a booth used in many ball-team sports where a player sits to serve the time of a given penalty. * Police box, a booth for use by police in 20th century Britain. * Signal box, a building by a railway to coordinate and control railway signals. * Telephone box, a booth containing a public telephone.

*Bandbox, seating for a musical band during a performance *Box seat, semi-private seating at an arena or theatre *Jury box, courtroom seating for a trial jury

*Ammunition box, a metal can or box for ammunition * Ballot box, a box in which votes (ballot papers) are deposited during voting. * Black box, something for which the internal operation is not described but its function is. * Box, informal reference to large box-shaped parts of a computer, such as the base unit or tower case of a personal computer. *Box set, a compilation of items, such as books or music * Check box, on paper, normally to check off as opinion or option. * Coach Box or the driver's seat on a carriage coach. * Dispatch box, (or despatch box), a box for holding official papers and transporting them. * Event data recorder, commonly called a "black box", a durable data-recording device found in some vehicles, used to assist in the investigation of an accident. *First aid box is a collection of supplies and equipment for use in giving first aid to someone. * Glory box or hope chest, a box or chest containing items typically stored by unmarried young women in anticipation of married life. *Glove box, a sealed container with gloves to manipulate objects * Jack-in-the-box, a children's toy containing a surprise. * Kōbako, a decorative storage box * Lunch box, or "lunch pail" or "lunch kit", a rigid container used for carrying food. Can also be decorative. * Mitre box, a woodworking tool used to guide a hand saw to make precise miter cuts in a board. * Nest box, a substitute for a hole in a tree for birds to make a nest in. * Pandora's box, in Greek mythology, a jar containing the evils of mankind and also hope, mistranslated as 'box' since the 16th century. * Pillbox, a special container for storing scheduled doses of one's medications * Set-top box, a device used to decode and display TV signals. * Singing bird box, an objet d'art which contains within a miniature automaton singing bird. *Soapbox, an actual or symbolic box on which an orator stands to make a persuasive speech * Squeezebox, a musical instrument *Zig Zag Girl box, a box used for the Zig Zag Girl magic trick
WeirdBox