Aphids are small sap-sucking insects and members of the superfamily Aphidoidea. Common names include greenfly and blackfly, although individuals within a species can vary widely in color. The group includes the fluffy white woolly aphids. A typical life cycle involves flightless females giving living birth to female nymphs—who may also be already pregnant, an adaptation scientists call telescopic development—without the involvement of males. Maturing rapidly, females breed profusely so that the number of these insects multiplies quickly. Winged females may develop later in the season, allowing the insects to colonize new plants. In temperate regions, a phase of sexual reproduction occurs in the autumn, with the insects often overwintering as eggs. The life cycle of some species involves an alternation between two species of host plants, for example between an annual crop and a woody plant. Some species feed on only one type of plant, while others are generalists, colonizing many plant groups. About 5,000 species of aphid have been described, all included in the family Aphididae. Around 400 of these are found on food and fiber crops, and many are serious pests of agriculture and forestry, as well as an annoyance for gardeners. So-called dairying ants have a mutualistic relationship with aphids, tending them for their honeydew, and protecting them from predators. Aphids are among the most destructive insect pests on cultivated plants in temperate regions. In addition to weakening the plant by sucking sap, they act as vectors for plant viruses and disfigure ornamental plants with deposits of honeydew and the subsequent growth of sooty moulds. Because of their ability to rapidly increase in numbers by asexual reproduction and telescopic development, they are a highly successful group of organisms from an ecological standpoint. Control of aphids is not easy. Insecticides do not always produce reliable results, given resistance to several classes of insecticide and the fact that aphids often feed on the undersides of leaves. On a garden scale, water jets and soap sprays are quite effective. Natural enemies include predatory ladybugs, hoverfly larvae, parasitic wasps, aphid midge larvae, crab spiders, lacewing larvae, and entomopathogenic fungi. An integrated pest management strategy using biological pest control can work, but is difficult to achieve except in enclosed environments such as glasshouses.

Aphids are distributed worldwide, but are most common in temperate zones. In contrast to many taxa, aphid species diversity is much lower in the tropics than in the temperate zones. They can migrate great distances, mainly through passive dispersal by winds. Winged aphids may also rise up in the day as high as 600 m where they are transported by strong winds. For example, the currant-lettuce aphid, ''Nasonovia ribisnigri'', is believed to have spread from New Zealand to Tasmania around 2004 through easterly winds. Aphids have also been spread by human transportation of infested plant materials, making some species nearly cosmopolitan in their distribution. 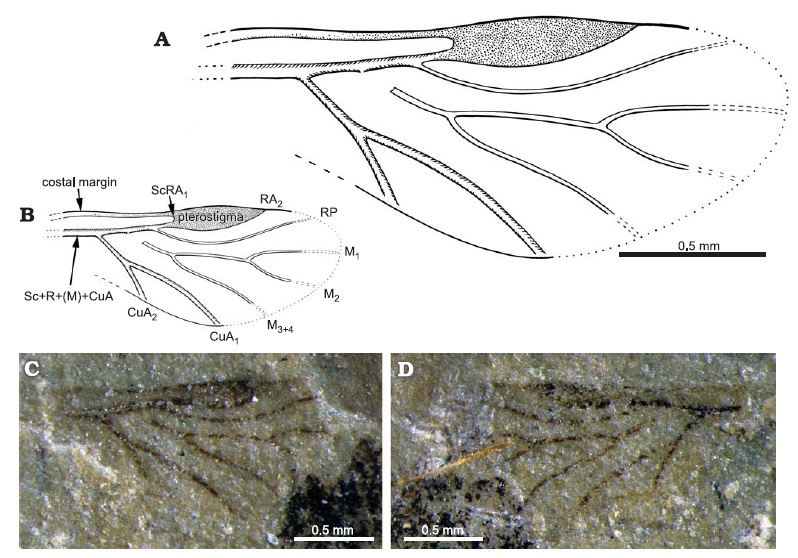 Aphids, and the closely related adelgids and phylloxerans, probably evolved from a common ancestor some , in the Early Permian period.