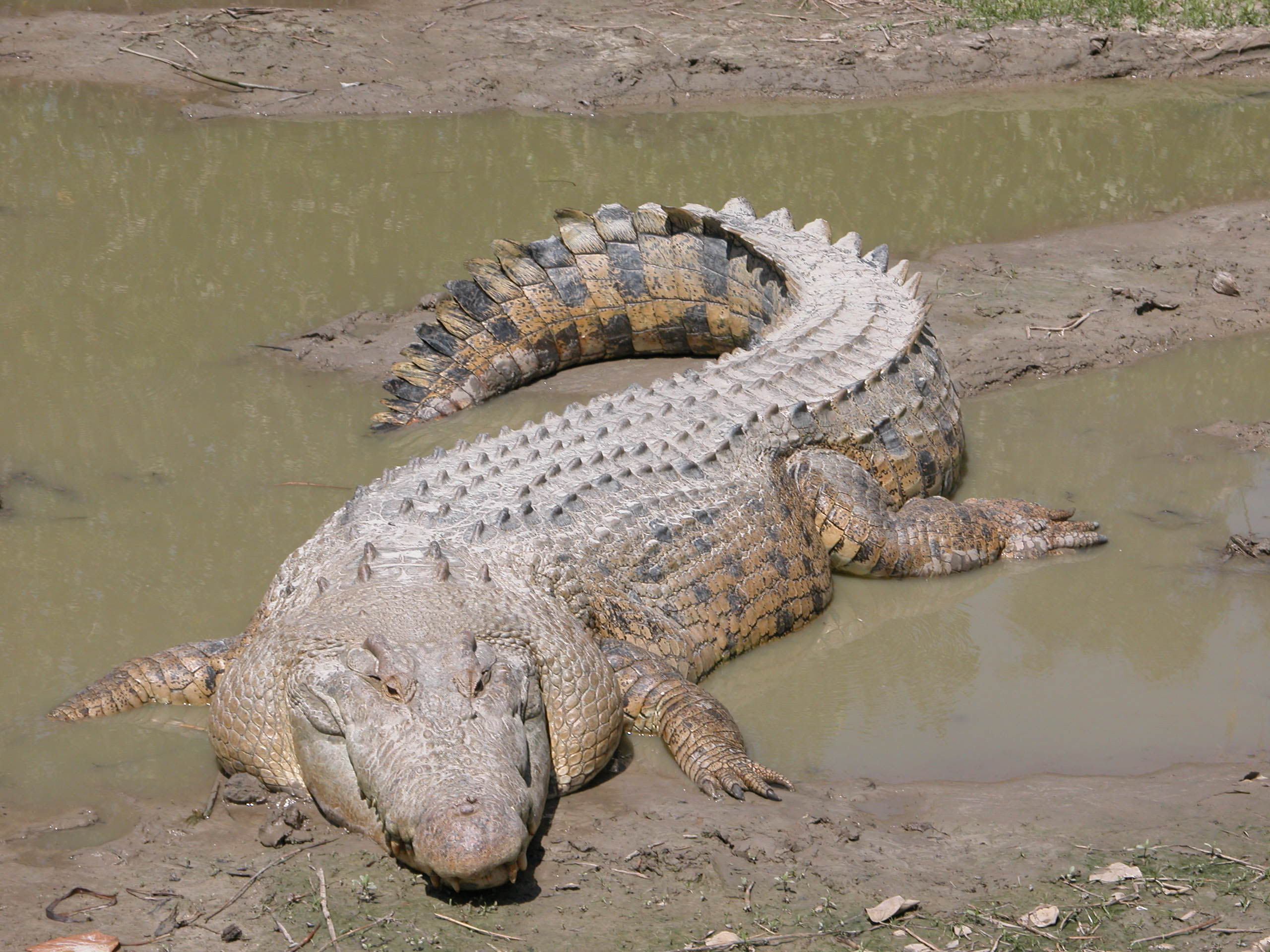 The great white shark (bottom) was originally considered the apex predator of the ocean; however, the [[killer whale (top) has proven to be a predator of the shark. An apex predator, also known as an alpha predator or top predator, is a [[predator at the top of a [[food chain, without natural predators. Apex predators are usually defined in terms of trophic dynamics, meaning that they occupy the highest trophic levels. Food chains are often far shorter on land, usually limited to being secondary consumers – for example, wolves prey mostly upon large herbivores (primary consumers), which eat plants (primary producers). The apex predator concept is applied in wildlife management, conservation and ecotourism. Apex predators have a long evolutionary history, dating at least to the Cambrian period when animals such as ''Anomalocaris'' dominated the seas. Humans have for many centuries interacted with apex predators including the wolf, birds of prey and cormorants to hunt game animals, birds, and fish respectively. More recently, humans have started interacting with apex predators in new ways. These include interactions via ecotourism, such as with the tiger shark, and through rewilding efforts, such as the proposed reintroduction of the lynx.

Apex predators affect prey species' population dynamics and populations of other predators, both in aquatic and in terrestrial ecosystems. Non-native predatory fish, for instance, have sometimes devastated formerly dominant predators. A lake manipulation study found that when the non-native smallmouth bass was removed, lake trout, the suppressed native apex predator, diversified its prey selection and increased its trophic level. As a terrestrial example, the badger, an apex predator, predates on and also competes with the hedgehog, a mesopredator, for food such as insects, small mammals, reptiles, amphibians and the eggs of ground-nesting birds. Removal of badgers (in a trial investigating bovine tuberculosis) caused hedgehog densities to more than double. Predators that exert a top-down control on organisms in their community are often considered keystone species. Humans are not considered apex predators because their diets are typically diverse, although human trophic levels increase with consumption of meat.

Apex predators can have profound effects on ecosystems, as the consequences of both controlling prey density and restricting smaller predators, and may be capable of self-regulation. They are central to the functioning of ecosystems, the regulation of disease, and the maintenance of biodiversity. When introduced to subarctic islands, for example, Arctic foxes' predation of seabirds has been shown to turn grassland into tundra. Such wide-ranging effects on lower levels of an ecosystem are termed trophic cascades. The removal of top-level predators, often through human agency, can cause or disrupt trophic cascades. For example, reduction in the population of sperm whales, apex predators with a fractional trophic level of 4.7, by hunting has caused an increase in the population of large squid, trophic level over 4 (carnivores that eat other carnivores). This effect, called mesopredator release, occurs in terrestrial and marine ecosystems; for instance, in North America, the ranges of all apex carnivores have contracted whereas those of 60% of mesopredators have grown in the past two centuries. 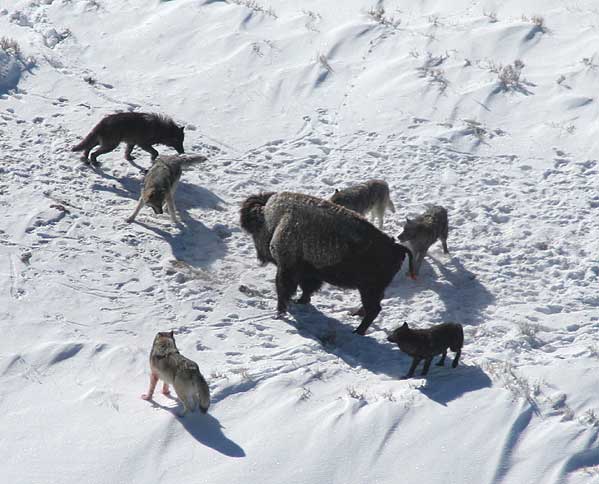 Because apex predators have powerful effects on other predators, on herbivores, and on plants, they can be important in nature conservation. Humans have hunted many apex predators close to extinction, but in some parts of the world these predators are now returning. They are increasingly threatened by climate change. For example, the polar bear requires extensive areas of sea ice to hunt its prey, typically seals, but climate change is shrinking the sea ice of the Arctic, forcing polar bears to fast on land for increasingly long periods. Dramatic changes in the Greater Yellowstone Ecosystem were recorded after the gray wolf, both an apex predator and a keystone species (one with a large effect on its ecosystem), was reintroduced to Yellowstone National Park in 1995 as a conservation measure. Elk, the wolves' primary prey, became less abundant and changed their behavior, freeing riparian zones from constant grazing and allowing willows, aspens and cottonwoods to flourish, creating habitats for beaver, moose and scores of other species. In addition to their effect on prey species, the wolves' presence also affected one of the park's vulnerable species, the grizzly bear: emerging from hibernation, having fasted for months, the bears chose to scavenge wolf kills, especially during the autumn as they prepared to hibernate once again. The grizzly bear gives birth during hibernation, so the increased food supply is expected to produce an increase in the numbers of cubs observed. Dozens of other species, including eagles, ravens, magpies, coyotes and black bears have also been documented as scavenging from wolf kills within the park. 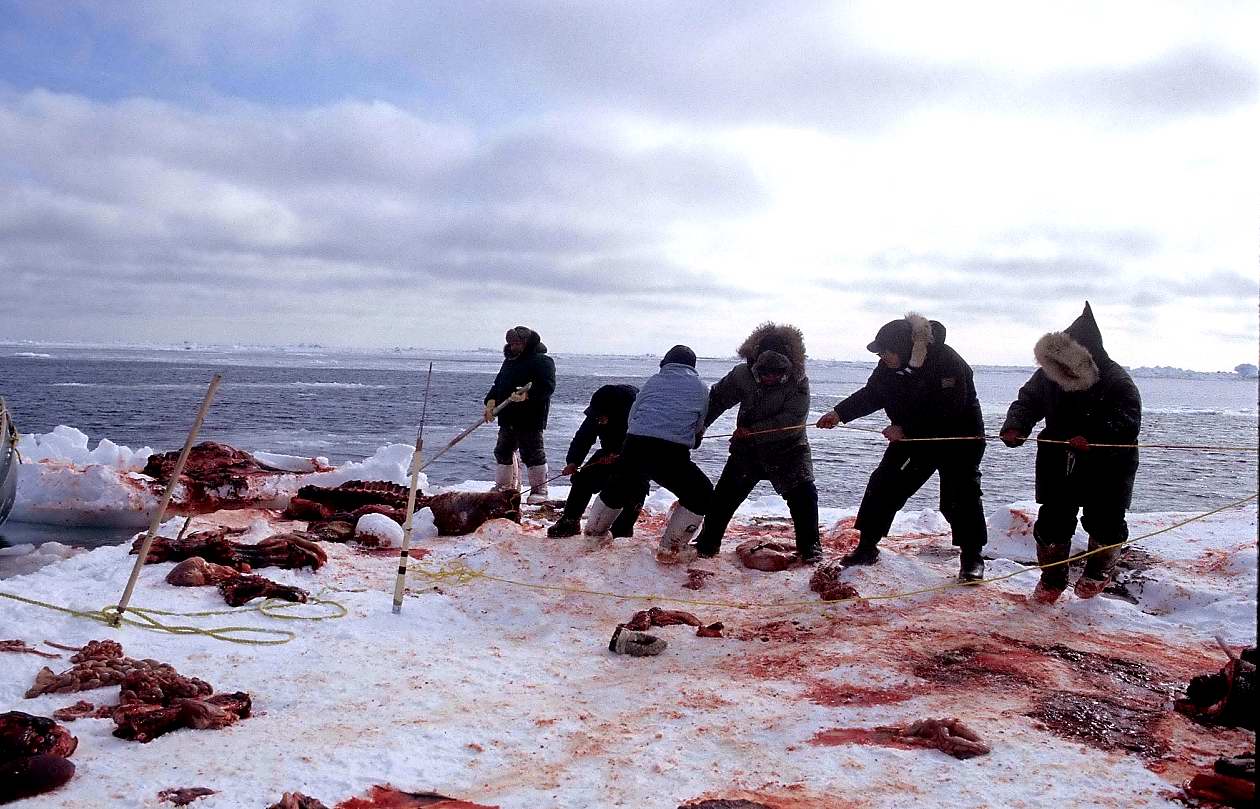 Ecologists have debated whether humans are apex predators. For instance, Sylvain Bonhommeau and colleagues argued in 2013 that across the global food web, a fractional human trophic level (HTL) can be calculated as the mean trophic level of every species in the human diet, weighted by the proportion which that species forms in the diet. This analysis gives an average HTL of 2.21, varying between 2.04 (for Burundi, with a 96.7% plant-based diet) and 2.57 (for Iceland, with 50% meat and fish, 50% plants). These values are comparable to those of non-apex predators such as the anchovy or pig. However, Peter D. Roopnarine criticised Bonhommeau's approach in 2014, arguing that humans are apex predators, and that the HTL was based on terrestrial farming where indeed humans have a low trophic level, mainly eating producers (crop plants at level 1) or primary consumers (herbivores at level 2), which as expected places humans at a level slightly above 2. Roopnarine instead calculated the position of humans in two marine ecosystems, a Caribbean coral reef and the Benguela system near South Africa. In these systems, humans mainly eat predatory fish and have a fractional trophic level of 4.65 and 4.5 respectively, which in Roopnarine's view makes those humans apex predators.

Apex predators are thought to have existed since at least the Cambrian period, around 500 million years ago. Extinct species cannot be directly determined to be apex predators as their behaviour cannot be observed, and clues to ecological relationships, such as bite marks on bones or shells, do not form a complete picture. However, indirect evidence such as the absence of any discernible predator in an environment is suggestive. ''Anomalocaris'' was an aquatic apex predator, in the Cambrian. Its mouthparts are clearly predatory, and there were no larger animals in the seas at that time. Carnivorous theropod dinosaurs including ''Allosaurus'' and ''Tyrannosaurus'' have been described as apex predators, based on their size, morphology, and dietary needs. A Permian shark, ''Triodus sessilis'', was discovered containing two amphibians (''Archegosaurus decheni'' and ''Cheliderpeton latirostre''), one of which had consumed a fish, ''Acanthodes bronni'', showing that the shark had lived at a trophic level of at least 4. Among more recent fossils, the sabre-tooth cats, like ''Smilodon'', are considered to have been apex predators in the Cenozoic.

Humans hunted with wolves and in turn with domestic dogs for some 40,000 years; this collaboration may have helped modern humans to outcompete the Neanderthals. Humans still hunt with dogs, which have often been bred as gun dogs to point to, flush out, or retrieve prey. The Portuguese Water Dog was used to drive fish into nets. Several breeds of dog have been used to chase large prey such as deer and wolves. Eagles and falcons, which are apex predators, are used in falconry, hunting birds or mammals. Tethered cormorants, also top predators, have been used to catch fish.

Ecotourism sometimes relies on apex predators to attract business. Tour operators may in consequence decide to intervene in ecosystems, for example by providing food to attract predators to areas that can conveniently be visited. This in turn can have effects on predator population and therefore on the wider ecosystem. As a result, provisioning of species such as the tiger shark is controversial, but its effects are not well established by empirical evidence. Other affected apex predators include big cats and crocodiles.

In some densely populated areas like the British Isles, all the large native predators like the wolf, bear, wolverine and lynx have become locally extinct, allowing herbivores such as deer to multiply unchecked except by hunting. In 2015, plans were made to reintroduce lynx to the counties of Norfolk, Cumbria, and Northumberland in England, and Aberdeenshire in Scotland as part of the rewilding movement.