The Type 3 heavy machine gun was based on the design of the Hotchkiss M1914. Although the Hotchkiss used 8mm cartridges, from 1914 Japan produced the Type 3 under license from Hotchkiss using the 6.5x50mm Arisaka ammunition. 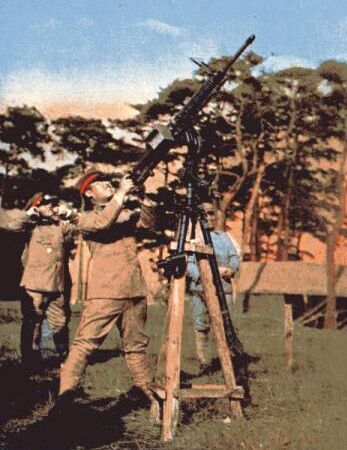 It used an ammo strip for loading rounds. Its tripod could be used as an anti-aircraft mounting, and special anti-aircraft sights were provided.

* : Chile bought several hundred Type 3 machine guns in 7×57mm Mauser as ''Modelo 1920''. Barrels were manufactured in France by Hotchkiss but most of the weapon was made at the Kokura arsenal. * : Purchased for Chang Tso-lin's Fengtian Army. Later used by the Collaborationist Chinese Army * * * : It was used by the Korean People's Army during the Korean War. *