Tibetan Buddhism (also Indo-Tibetan Buddhism and Sino-Indian Buddhism) is the form of Buddhism practiced in Tibet, where it is the dominant religion. It also has adherents in the regions surrounding the Himalayas (such as Bhutan, Ladakh, and Sikkim), in much of Central Asia, in the Southern Siberian regions such as Tuva, and in Mongolia. Tibetan Buddhism evolved as a form of Mahāyāna Buddhism stemming from the latest stages of Indian Buddhism (which also included many Vajrayāna elements). It thus preserves many Indian Buddhist tantric practices of the post-Gupta Early Medieval period (500 to 1200 CE), along with numerous native Tibetan developments. In the pre-modern era, Tibetan Buddhism spread outside of Tibet primarily due to the influence of the Mongol Yuan dynasty (1271–1368), founded by Kublai Khan, which had ruled China, Mongolia and parts of Siberia. In the Modern era, Tibetan Buddhism has spread outside of Asia due to the efforts of the Tibetan diaspora (1959 onwards). Apart from classical Mahāyāna Buddhist practices like the six perfections, Tibetan Buddhism also includes tantric practices, such as deity yoga and the Six Dharmas of Naropa as well as methods which are seen as transcending tantra, like Dzogchen. Its main goal is Buddhahood. The main language of scriptural study in this tradition is classical Tibetan. Tibetan Buddhism has four major schools, namely Nyingma (c. 8th century), Kagyu (11th century), Sakya (1073), and Gelug (1409). The Jonang is a smaller school that exists, and the Rimé movement (19th century), meaning "no sides", is a more recent non-sectarian movement which attempts to preserve and understand all the different traditions. The predominant spiritual tradition in Tibet before the introduction of Buddhism was Bon, which has been strongly influenced by Tibetan Buddhism (particularly the Nyingma school). While each of the four schools is independent and has its own monastic institutions and leaders, they are closely related and intersect, with common contact and dialogue.

The native Tibetan term for Buddhism is "The Dharma of the insiders" (''nang chos'') or "The Buddha Dharma of the insiders" (''nang pa sangs rgyas pa'i chos''). "Insider" means someone who seeks the truth not outside, but within the nature of mind. This is contrasted with other forms of organized religion, which are termed ''chos lugs'' (dharma system)'','' for example, Christianity is termed ''Yi shu'i chos lugs'' (Jesus dharma system)''.'' Westerners unfamiliar with Tibetan Buddhism initially turned to China for understanding. In Han buddhism, the term used is ''Lamaism'' (literally, "doctrine of the lamas": 喇嘛教 ''lama jiao'') to distinguish it from a then-traditional Han form (佛教 ''fo jiao''). The term was taken up by western scholars including Hegel, as early as 1822. Insofar as it implies a discontinuity between Indian and Tibetan Buddhism, the term has been discredited. In China, the new term is 藏传佛教 ''zangchuan fojiao'', literally "Tibetan Buddhism." Another term, "Vajrayāna" (Tibetan: ''dorje tegpa'') is occasionally misused for Tibetan Buddhism. More accurately, Vajrayāna signifies a certain subset of practices and traditions which are not only part of Tibetan Buddhism, but also prominent in other Buddhist traditions. In the west, the term "Indo-Tibetan Buddhism" has become current, in acknowledgement of its derivation from the latest stages of Buddhist development in northern India. "Northern Buddhism" is also sometimes used to refer to Indo-Tibetan Buddhism, for example, in the Brill ''Dictionary of Religion.'' 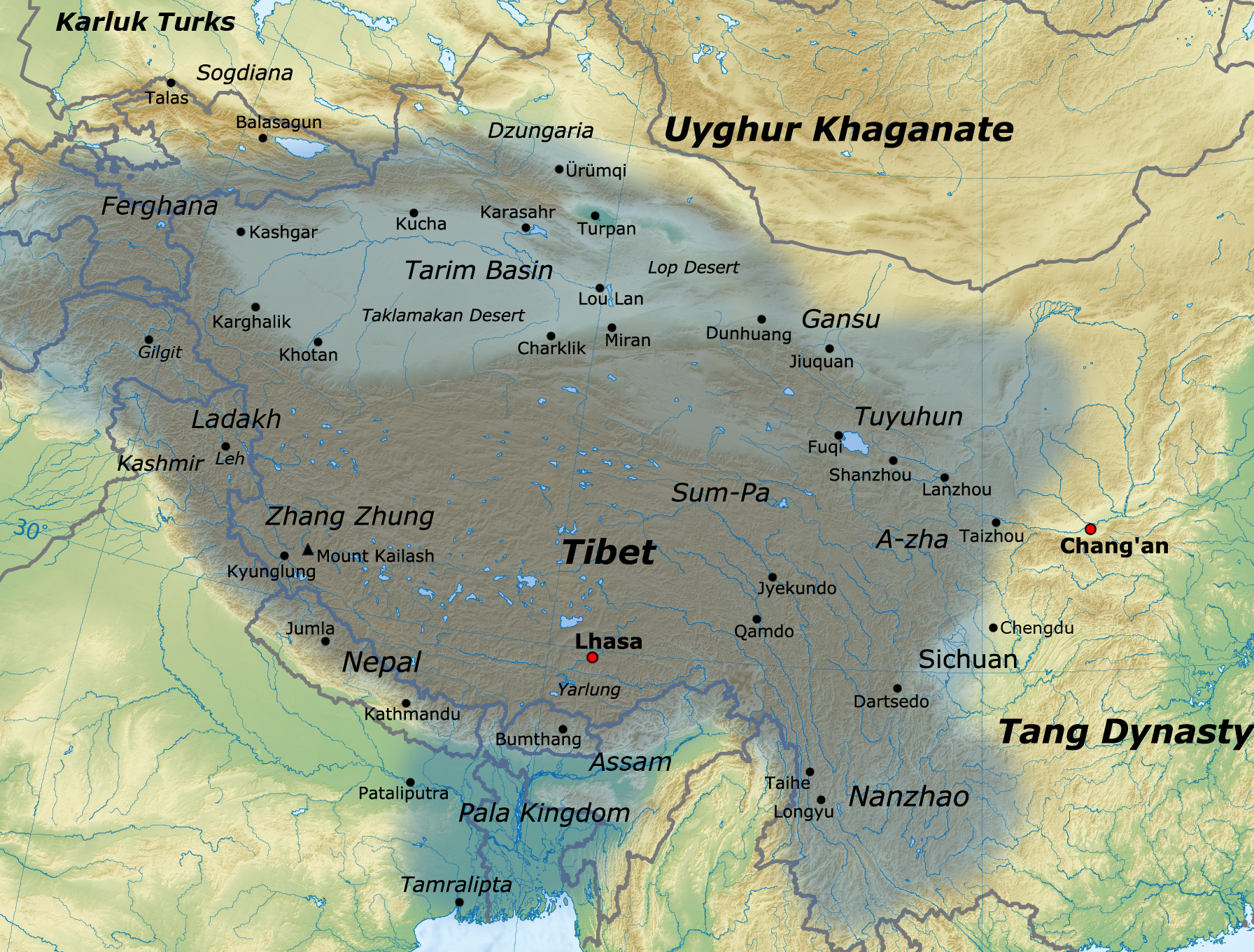 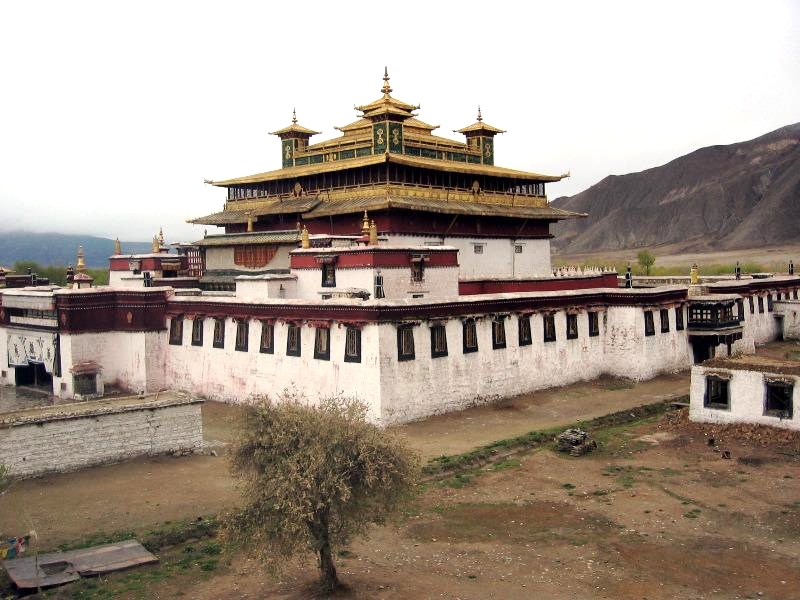 While some stories depict Buddhism in Tibet before this period, the religion was formally introduced during the Tibetan Empire (7th-9th century CE). Sanskrit Buddhist scriptures from India were first translated into Tibetan under the reign of the Tibetan king Songtsän Gampo (618-649 CE). This period also saw the development of the Tibetan writing system and classical Tibetan. In the 8th century, King Trisong Detsen (755-797 CE) established it as the official religion of the state, and commanded his army to wear robes and study Buddhism. Trisong Detsen invited Indian Buddhist scholars to his court, including Padmasambhāva (8th century CE) and Śāntarakṣita (725–788), which are considered the founders of Nyingma (''The Ancient Ones)'', the oldest tradition of Tibetan Buddhism.