Tarlac ( pam|Lalauígan ning Tarlac; pag|Luyag na Tarlac; ilo|Probinsia ti Tarlac; tgl|Lalawigan ng Tarlac ) is a landlocked province in the Philippines located in the Central Luzon region. Its capital is the city of Tarlac. It is bounded on the north by the province of Pangasinan, Nueva Ecija on the east, Zambales on the west and Pampanga in the south. The province comprises three congressional districts and is subdivided into 17 municipalities and one city, Tarlac City, which is the provincial capital. The province is situated in the heartland of Luzon, in what is known as the Central Plain also spanning the neighbouring provinces of Pampanga, Pangasinan, Nueva Ecija and Bulacan. Tarlac covers a total land area of . Early in history, what came to be known as Valenzuela Ranch today was once a thickly-forested area, peopled by roving tribes of nomadic Aetas who are said to be the aboriginal settlers of the Philippines, and for a lengthy period, it was the remaining hinterland of Luzon's Central Plains. Today, Tarlac is the most multi-cultural of the provinces in the region for having a mixture of four distinct ethnic groups: the Kapampangans, the Pangasinans, the Ilocanos and the Tagalogs. It is also known for its fine food and vast sugar and rice plantations in Central Luzon.

Tarlac's name is a Hispanized derivation from a ''talahib'' weed called ''Malatarlak''. Tarlac was originally divided into two parts: the southern division belonging to Pampanga and the northern division belonging to Pangasinan. It was the last province in Central Luzon to be organized under the Spanish colonial administration in 1874. Its nucleus were the towns of Concepcion, Capas, Bamban, Mabalacat, Magalang, Porac, Floridablanca, Victoria, and Tarlac which constituted a military comandancia. Some of these municipalities were returned to Pampanga but the rest were incorporated into the new province of Tarlac. Unlike other provinces in Central Luzon, Tarlac was relatively free from revolts during the Spanish regime before the late 1800s rose. Only the rebellion started by Juan de la Cruz Palaris in Pangasinan spread to the northern portion of Tarlac. During the Philippine Revolution of 1896, Tarlac was among the first eight provinces to rise against Spain, alongside neighbouring Pampanga. It became the new seat of the first Philippine Republic in March 1899 when General Emilio Aguinaldo abandoned the former capital, Malolos, Bulacan. This lasted only for a month before the seat was moved to Nueva Ecija in Aguinaldo's attempt to elude the pursuing Americans. On October 23, 1899, Gregorio Aglipay, military vicar general of the revolutionary forces, called the Filipino clergy to a conference in Paniqui. There, they drafted the constitution of the Philippine Independent Church. They called for the Filipinization of the clergy, which eventually led to a separation from the Roman Catholic Church in the Philippines. Tarlac was captured by American forces on November 1899. A civil government was established in the province in 1901. During World War II, Camp O'Donnell in Capas became the terminal point of the infamous Bataan Death March of Filipino and American soldiers who surrendered at Bataan on April 9, 1942. Many prisoners died of hunger, disease and/or execution. The general headquarters of the Philippine Commonwealth Army was established from January 3, 1942 to June 30, 1946 and the 3rd Constabulary Regiment of the Philippine Constabulary was founding again from October 28, 1944 to June 30, 1946 and military stationed in the province of Tarlac and some parts in Central Luzon due to Japanese Occupation. Local troops of the Philippine Commonwealth Army units has sending the clearing military operations in the province of Tarlac and Central Luzon from 1942 to 1945 and aided them by the recognized guerrilla groups including Hukbalahap Communist fighters and attacking Japanese Imperial forces. But in the aftermath, some local guerrilla resistance fighters and Hukbahalap groups are became retreating Imperial Japanese troops around the province and before the liberation from the Allied forces. In early 1945, combined American and Filipino military forces with the recognized Aringay Command guerillas liberated Camp O'Donnell. The raid in Capas resulted in the rescue of American, Filipino and other allied Prisoners of War. From January 20, 1945 to August 15, 1945, Tarlac was recaptured by combined Filipino and American troops together with the recognized guerrilla fighters against the Japanese Imperial forces during the liberation and beginning for the Battle of Tarlac under the Luzon Campaign. 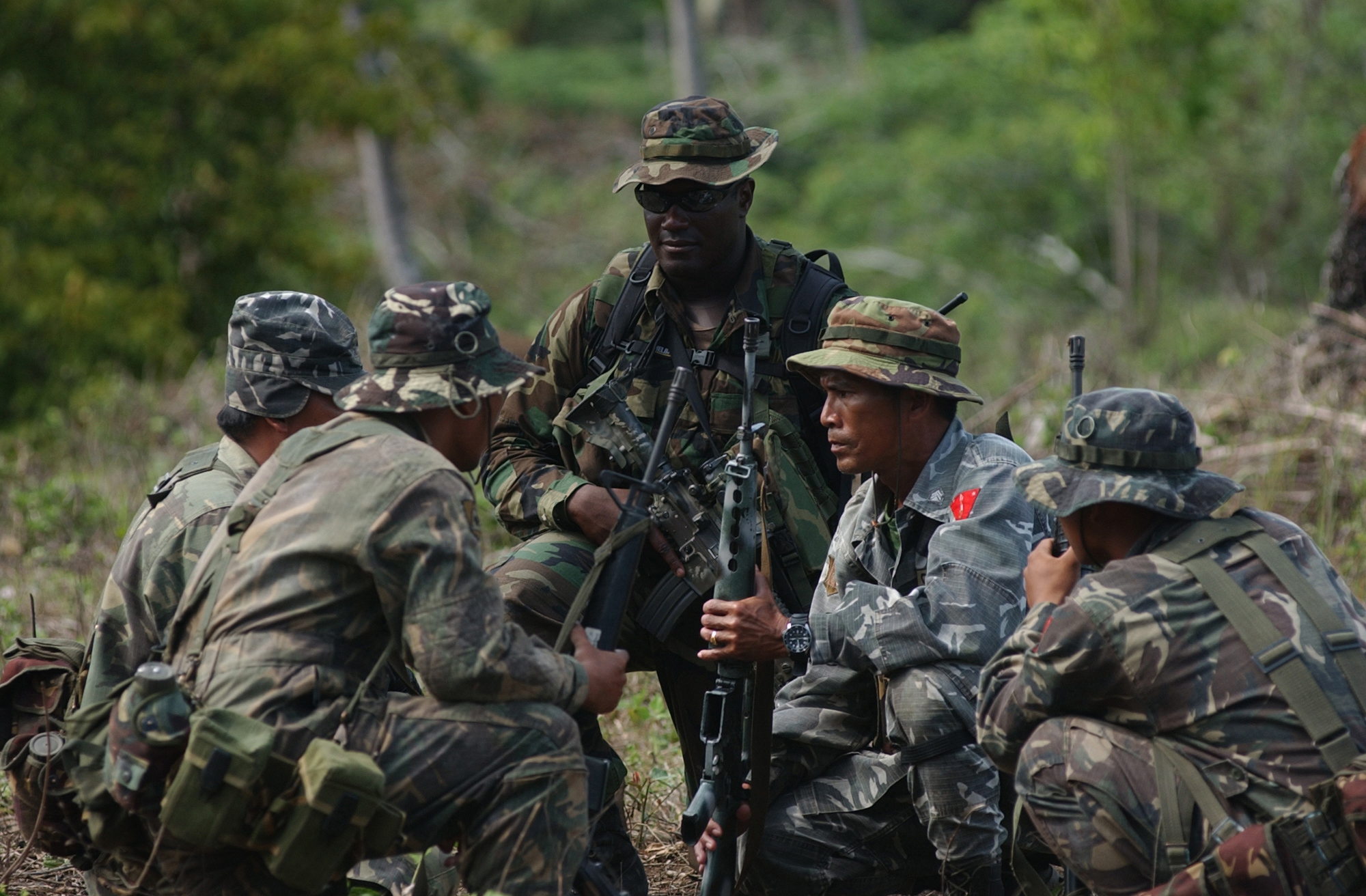 Recently, the Philippine Army has used Crow Valley in the borders of Barangay Patling and Santa Lucia in Capas, Tarlac as a testing ground for both Philippine forces and allies. Many of the Philippine military testings were done on March 17, 2006 most likely as a part of Operation Enduring Freedom - Philippines. 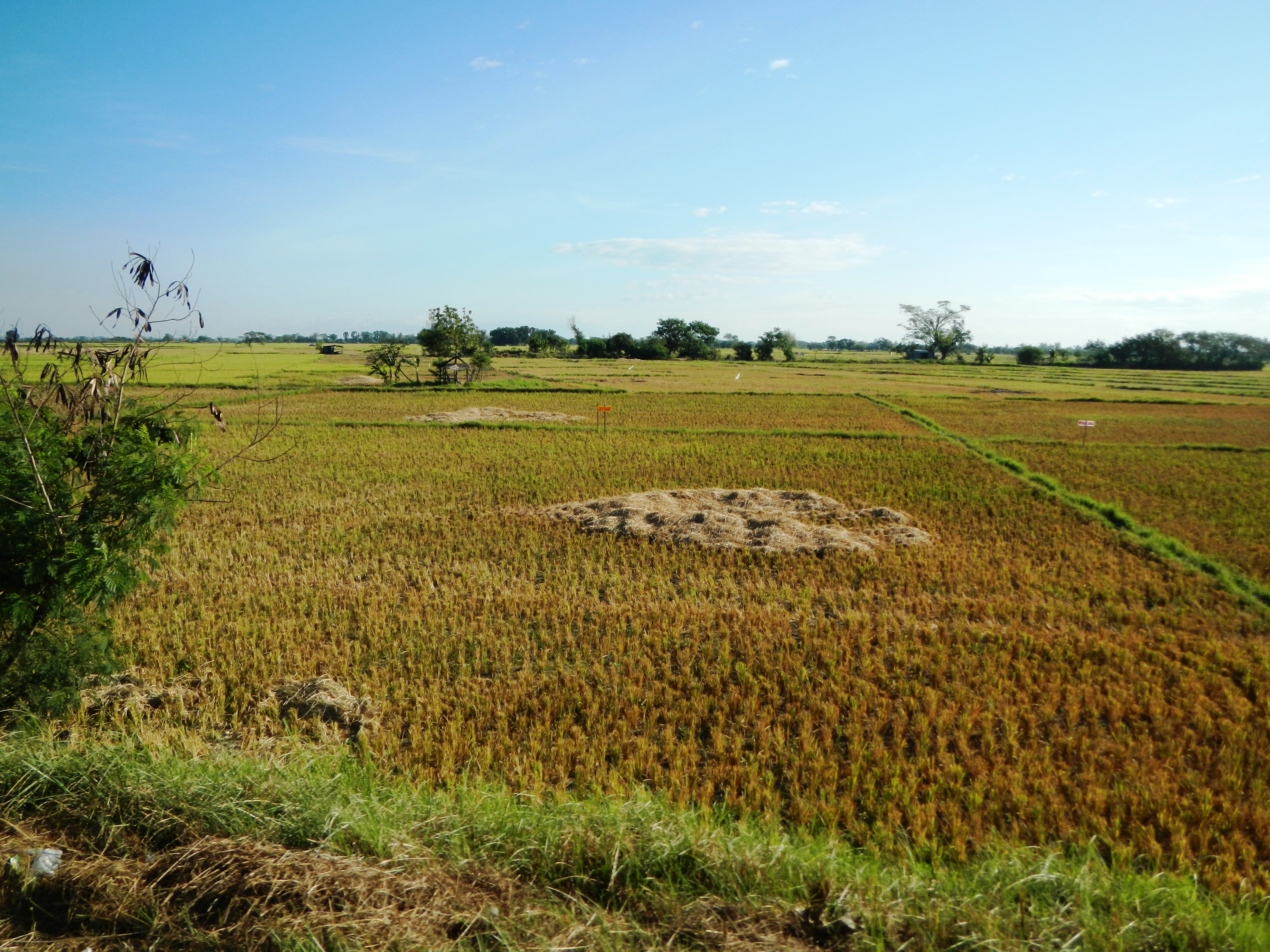 The landlocked province is situated at the center of the central plains of Luzon, landlocked by four provinces: Pampanga on the south, Nueva Ecija on the east, Pangasinan on the north, and Zambales on the west. The province covers a total area of . Approximately 75% of the province is plains while the rest is hilly to slightly mountainous. Eastern Tarlac is a plain, while Western Tarlac is hilly to slightly mountainous. Because of this, the province includes a large portion of mountains like Mt. Telakawa (Straw Hat Mountain), located at Capas, Tarlac. Mt. Bueno, Mt. Mor-Asia and Mt. Canouman are located also in Capas as well as Mt. Dalin. The other mountains are Mt. Dueg and Mt. Maasin, found in the municipality of San Clemente. Also noted are Mt. Damas of Camiling. A portion of Mount Pinatubo (whose summit crater rests in neighbouring Zambales) also rests in Bamban and Capas. The whole of Mayantoc and San Jose are mountainous so it is suitable for the highest natural resources and forest products in the province such as coal, iron, copper, temperate-climate fruits and vegetables, fire logs, sand, rocks and forest animals such as wild boar and deer. The main water sources for agriculture include the Tarlac River at Tarlac City, the Lucong and Parua rivers in Concepcion, Sacobia-Bamban River in Bamban and the Rio Chico in La Paz.

Tarlac is subdivided into 17 municipalities and 1 component city, all encompassed by three congressional districts. There are a total of 511 barangays comprising the province.

The 17 municipalities and 1 city of the province comprise a total of 511 barangays, with ''Cristo Rey'' in Capas as the most populous in 2010, and ''Malonzo'' in Bamban as the least.

Like the rest of Central Luzon, the province has three distinct seasons: summer from March to June, monsoon rain from July to early October, and monsoon winter from late October to February. Summer months, especially during May bring frequent, sometimes severe, thunderstorms with high winds, thunder, and hail. It is the coldest province in the region, with a yearly average of . Cold snap is not common, which gradually receives unusual average temperature of , while maximum daytime peaks . It is also the windiest province in the region during February and March due to its widely lowland altitude and extreme climate transition. The lowest temperature ever recorded is and the highest temperature at .

The economy of Tarlac is predominantly agricultural. It is among the biggest producers of rice and sugarcane (the principal crops) in Central Luzon. Other major crops are corn and coconuts, fruits (bananas, calamansi and mangoes) and vegetables (eggplants, garlic and onions). Because the province is landlocked, its fish production is limited to fishpens, but it has vast river systems and irrigation. On the Zambales boundary to its west, forest land provides timber for the logging industry. Mineral reserves such as manganese and iron can also be found along the western section. Tarlac has its own rice and corn mills, sawmills and logging outfits. It has three sugar-refining centrals and hosts many sugar products in Central Luzon, especially the Muscovado sugar of the municipality of Victoria. Other firms service agricultural needs such as fertilizers. Among its cottage industries, ceramics has become available because of the abundant supply of clay. Some of the major industries here involve making are chicharon (pork skin chips) and iniruban in the municipality of Camiling and Ilang-Ilang products of Anao. Tilapia production is also improving in Tarlac, with an aim to make the province the second "''Tilapia Capital of Central Luzon''" after its mother province, Pampanga.

The province of Tarlac is composed of many religious groups, but it is predominantly Roman Catholic (79.55%). According to 2010 Census, other prominent Christian groups include the Iglesia ni Cristo (7.43%), Aglipayan Church (2.24%), Evangelicals (1.97%), Jehovah’s Witness (0.64%) and many others.

''Belenismo sa Tarlac'' was launched by Isabel Cojuangco-Suntay, sister of former Ambassador Eduardo Cojuangco Jr., to transform the province into the ''Belén Capital of the Philippines''. The Belen Festival began in September 2007, with the first Belen-making workshop conducted on December 16, 2007. Organizers have intended the festival to become an annual event in the province. Senator Loren Legarda led the awarding of the first Belen-making competition where Tarlac PNP Office Belen, built by at least 24 policemen, won the first prize. Belenismo in Spanish means the art of making Belén, a representation of the Nativity scene in which the Holy Family (Joseph, Mary and the infant Jesus) is visited by the three wise men who came to the manger through the guidance of a star.

It is a festivity that is yearly celebrated in the town of Camiling during the last week of October. It is intended as a preparation for All Saints' Day and a Thanksgiving Celebration for the good harvest and for the good quality of meat products especially the ''chicharon'' or Bagnet. It also features the exotic and delicious rice cake ''Iniruban'', as called by Ilocanos. The festival's highlights are the street dancing competition, Miss Iniruban beauty pageant, and the municipality's agri-trade. It is the oldest cultural celebration in the province introduced in 2000. 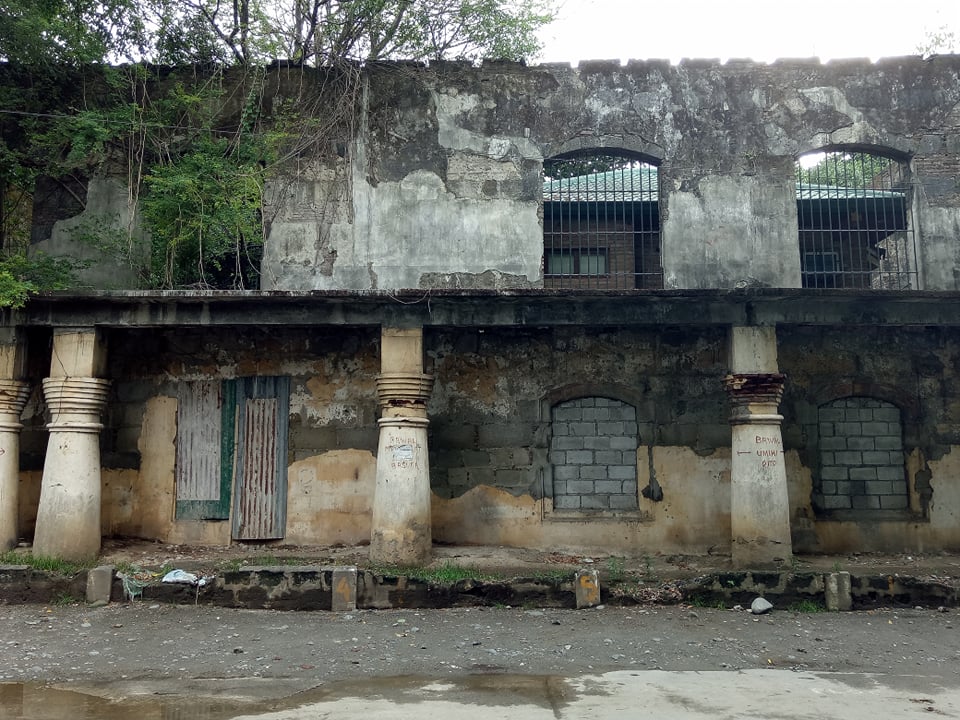 The highest seat of political power of the province is located on a hill in Barangay San Vicente, Tarlac City. The present structure was finished in 1909. During the Japanese occupation, the provincial capitol was vacated and used as the provincial headquarters of the Imperial Army. The capitol suffered great damages during the Second World War, but afterwards, in 1946, the United States of America helped rebuild and improve its structure. Because of its historical background, the picture of the capitol façade appeared in the previous version of the 500 peso bill.

* *
Official Portal of the Province of Tarlac
{{Authority control Category:Luzon Category:Provinces of the Philippines Category:States and territories established in 1872 Category:1872 establishments in the Philippines