Swabian () is one of the dialect groups of Alemannic German that belong to the High German dialect continuum. It is mainly spoken in Swabia which is located in central and southeastern Baden-Württemberg (including its capital Stuttgart and the Swabian Jura region) and the southwest of Bavaria (Bavarian Swabia). Furthermore, Swabian German dialects are spoken by Caucasus Germans in Transcaucasia. The dialects of the Danube Swabian population of Hungary, the former Yugoslavia and Romania are only nominally Swabian and can be traced back not only to Swabian but also to Frankonian, Bavarian and Hessian German dialects, with locally varying degrees of influence of the initial dialects.

Swabian can be difficult to understand for speakers of Standard German due to its pronunciation and partly differing grammar and vocabulary. For example, the Standard German term for "strawberry jam" is ''Erdbeermarmelade'' whereas in Swabian it is called ''Bräschdlingsgsälz''.

* Voiceless stops are frequently aspirated as . *Allophones of // are often a pharyngeal or velar sound, or lowered to an approximant [] [] []. * [] occurs as an intervocalic allophone of /, /.

Swabian is categorized as an [[Alemannic German|Alemannic dialect, which in turn is one of the two types of Upper German dialects (the other being Bavarian). 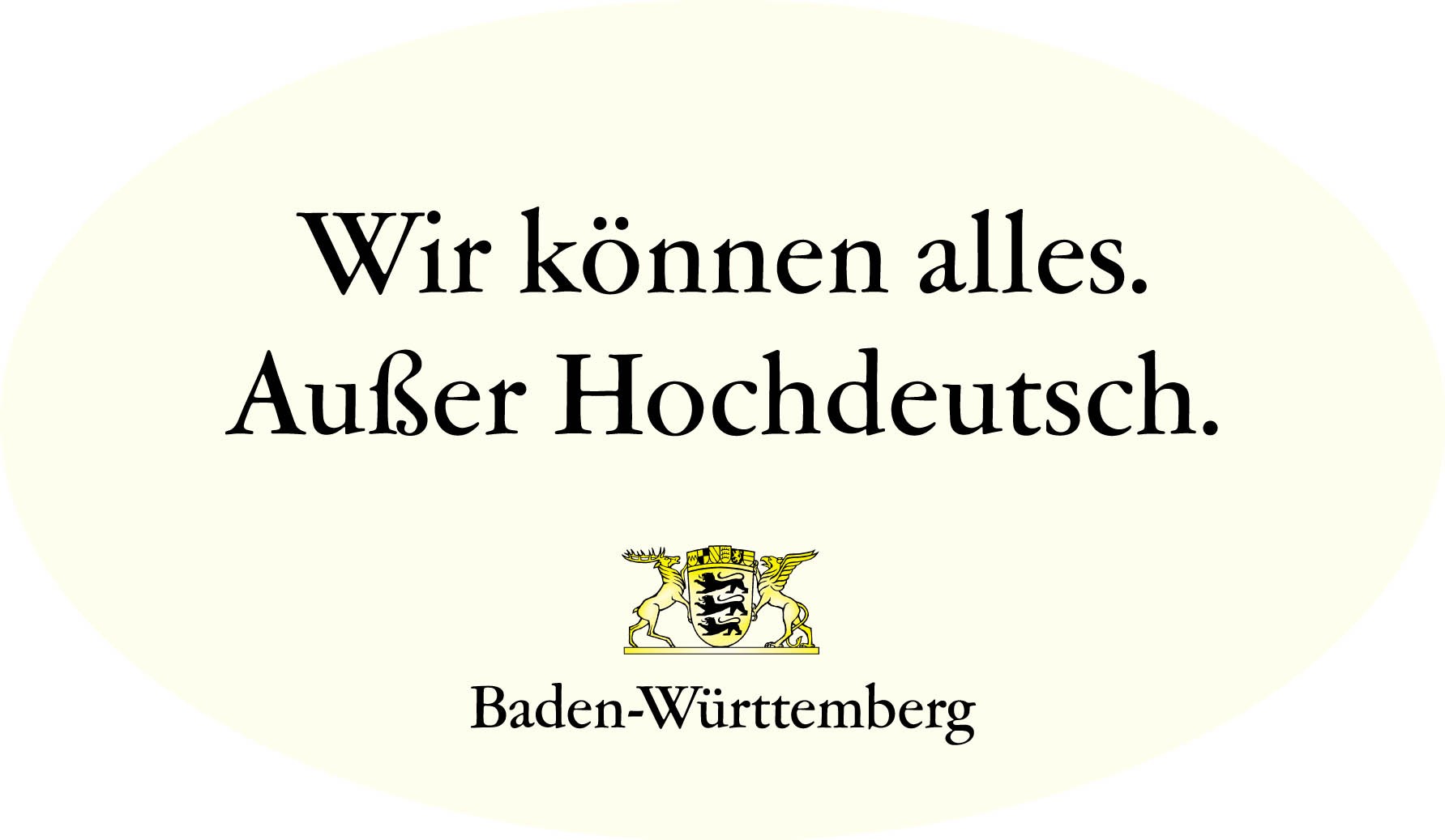 The Swabian dialect is composed of numerous sub-dialects, each of which has its own variations. These sub-dialects can be categorized by the difference in the formation of the past participle of 'sein' (to be) into ''gwäa'' and ''gsei.'' The Gsei group is nearer to other Alemannic dialects, such as Swiss German. It can be divided into South-East Swabian, West Swabian and Central Swabian.

The Baden-Württemberg Chamber of Commerce launched an advertising campaign with the slogan "Wir können alles. Außer Hochdeutsch." which means "We can oeverything. Except peakStandard German" to boost Swabian pride for their dialect and industrial achievements. However, it failed to impress Northern Germans and neighboring Baden. Dominik Kuhn (''Dodokay'') became famous in Germany with schwäbisch fandub videos, dubbing among others Barack Obama with German dialect vocals and revised text. In the German dubbing of the 2001 movie ''Monsters Inc.'', the Abominable Snowman, played by John Ratzenberger in the original English version and Walter von Hauff in the German version, speaks in the Swabian dialect.